Mikki BriskMay 14, 2012UncategorizedLeave a Comment on Gaze of Thrones… 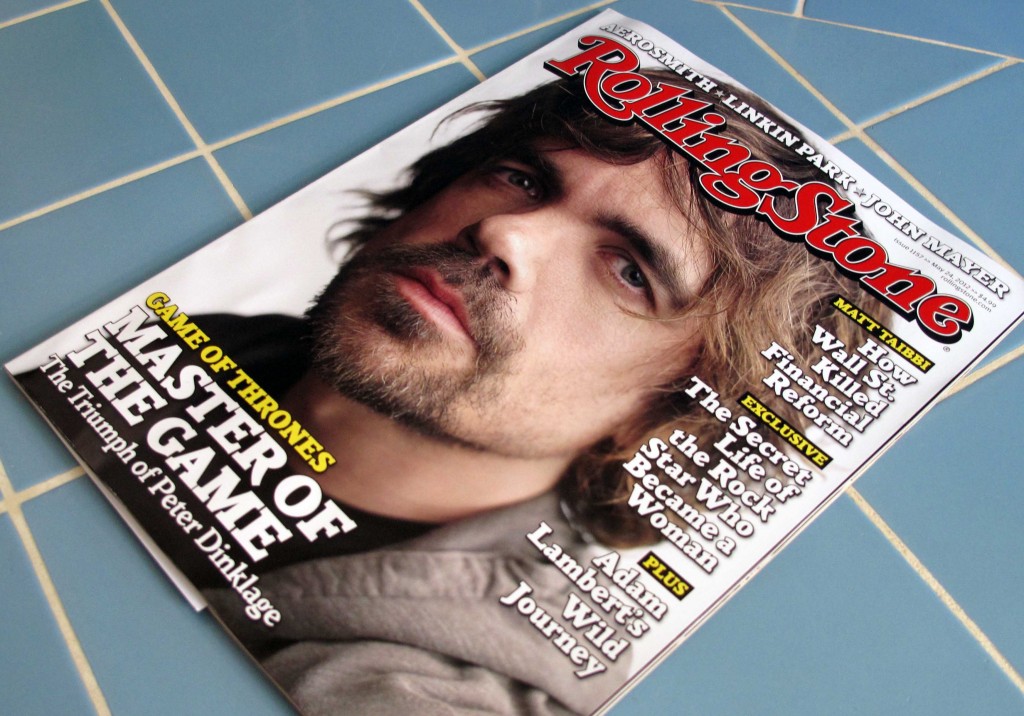 I haven’t seen “Game of Thrones” yet. The only thing I know about the show is it stars Peter Dinklage. He’s a good actor (“The Station Agent” rules), and cute to boot. At some point, I will probably Netflix the DVD and watch the series from the beginning. Until then, I won’t have any idea what all the talk is about.

Why all this “Game of Thrones” business? I’ll tell you why: Peter Dinklage is on the cover of the newest issue of Rolling Stone magazine. Said magazine was lying on the bathroom counter when I got out of the shower on Saturday and I swear, the eyes of Dinlage were watching me. It was more than I could take.

I had to turn the magazine over. Damn, Peter Dinklage!