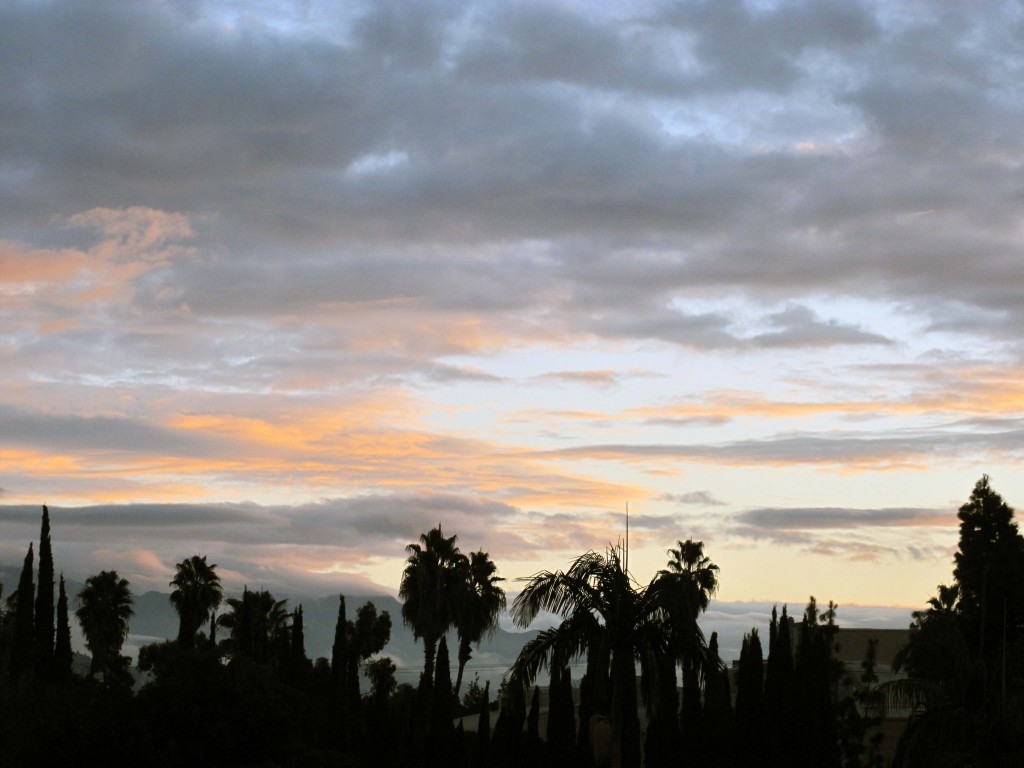 The forecast called for rain. When I woke at 6:30, the sky was beautiful. But those clouds… Something told me to keep an eye on them. 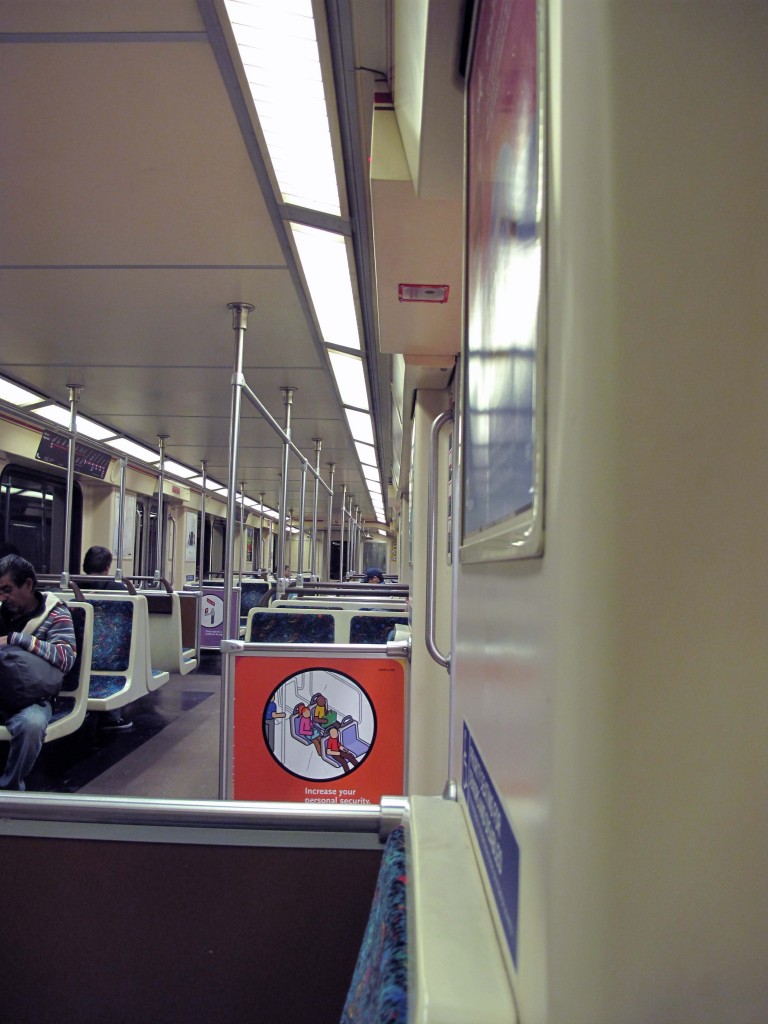 At 7:58 I was on the subway, headed downtown. I won’t lie – I was feeling nervous. My back-pack was loaded with everything I thought I might need – hat, gloves, band-aids, camel-bak full of water – but I was still unsure. Had I forgotten something important? Something necessary?

As the train raced toward my stop, I became more and more anxious. My stomach started doing back-flips. I was getting scared. And then, 2 stops before mine, I saw them board: 3 people with their back-packs. They didn’t look any more fit than I. In fact, they sort of looked like me. I started breathing easier. My stomach calmed down. I even caught myself smiling. And I thought, “Maybe I can do this.” 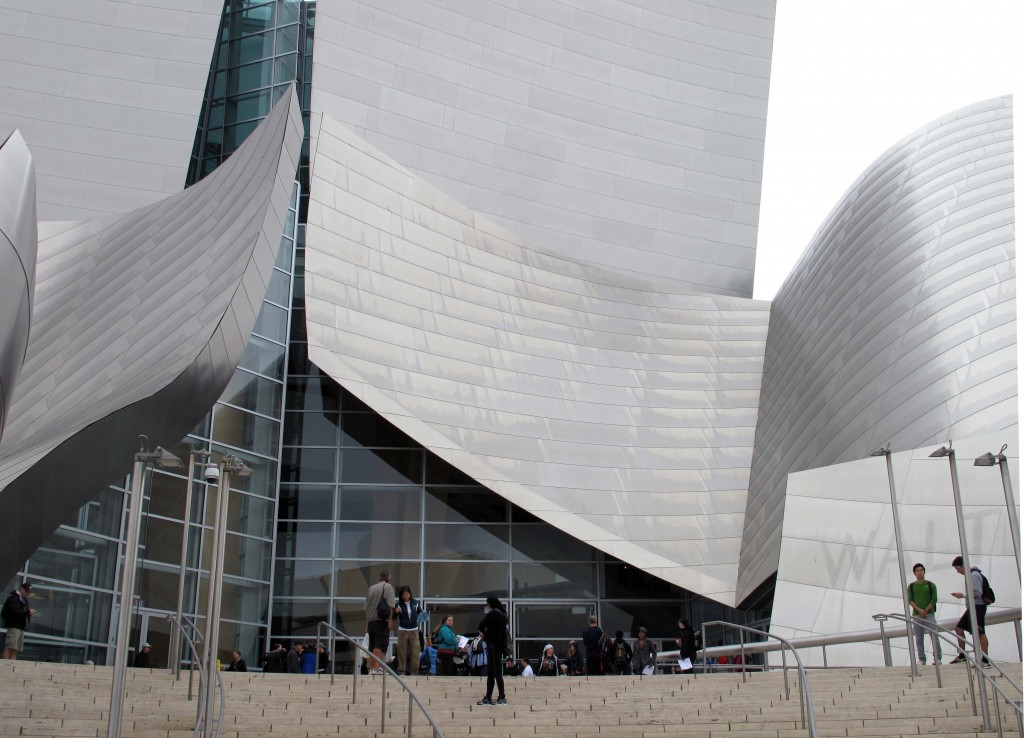 I exited the subway and walked the few short blocks to the Walt Disney Concert Hall. It’s an amazing Frank Gehry-designed building and I absolutely love it. But this morning wasn’t about architecture. I joined the 150 or so other souls on the building’s steps and waited. I looked for my friends, and waited. A stranger approached and asked if I’d done this before. I said I hadn’t. He told me he’d done all previous six walks and offered a bit of advice: “When you approach a street crossing, don’t step up or down at the curb. Use the ramp portion. By the end of the day, that simple up or down will kill you.” I thanked him for the tip, though I privately thought he was nuts. He must have sensed my snarky attitude and he took his leave. Then I spotted my friends and made my way to greet them.

Speeches were made, friends, something about the history of the Disney Concert Hall, then something about why we were all gathered. But I didn’t hear any of it. My ears weren’t able to focus. I was too preoccupied with the task at hand to really hear what was being said. We all posed on the steps for a group photo and then we were off. Beneath a gray and ominous sky, we took the first steps of our 17-mile trek from downtown Los Angeles to the sea in Santa Monica. It was 9:30.

The Great L.A. Walk is a non-sanctioned, not-for-charity, crazy-ass walk, devised by a dude in honor of his adopted hometown. It seems he was celebrating his 10-year anniversary of living in L.A., and realized he didn’t know the city that well. Since the best way to get to know a place is on foot, he came up with an idea to walk Wilshire Boulevard from downtown to the sea in Santa Monica. He spread the word to a few folks and lo and behold – people actually showed up and walked the whole danged route. That was 7 years ago. Since then, every Saturday before Thanksgiving has found people coming together and following a designated route.

Why? To get to know the town. To see all the things we never see while zipping along in our cars. To actually experience the energy and life along the streets of Los Angeles. Why? Why not?

I tried to take pictures of every block. I say I tried because I gave up on this idea pretty darned quickly. I kept forgetting to do it, or else I didn’t want to actually stop my stride just to take photos. Still, I did stop for a few shots… 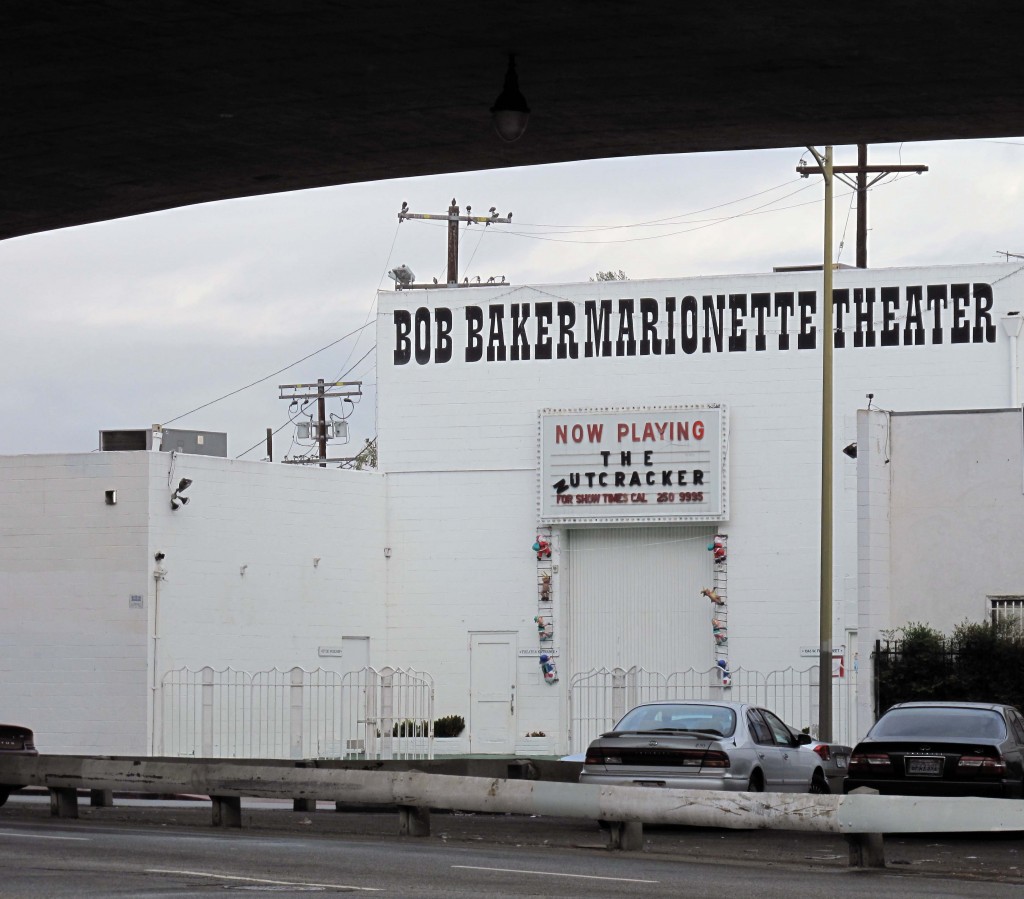 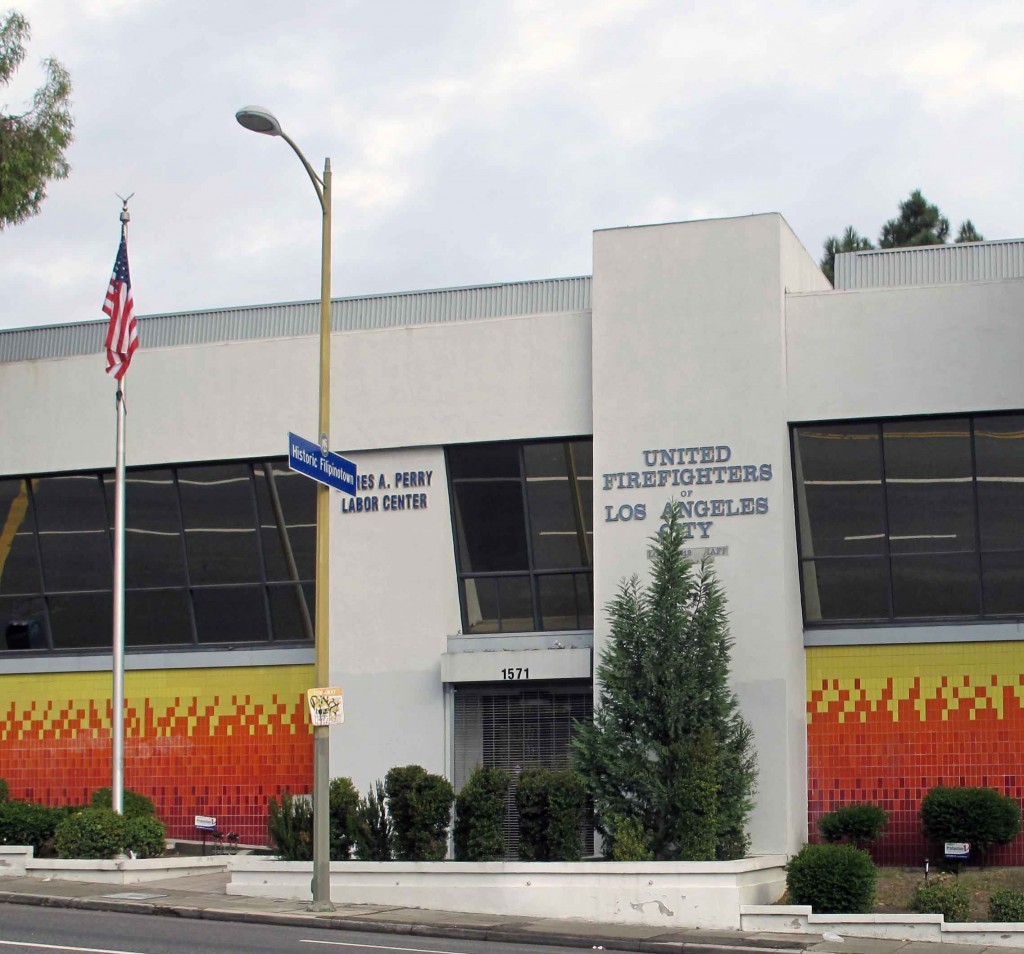 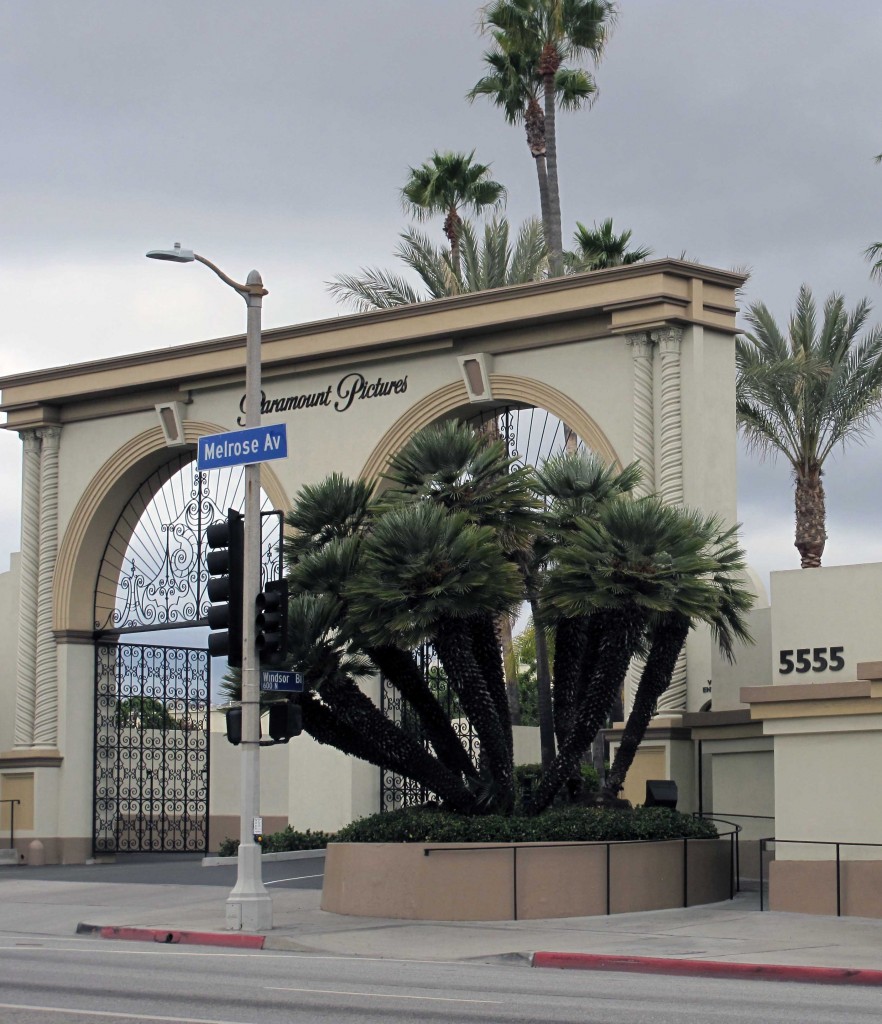 So there I was, along with 5 friends, joining the insanity and getting a ridiculous amount of exercise. But that’s not all. We’re fit, but we’re not obsessed with fitness. And as it turned out Saturday morning, most of our group were actually obsessed with beer. Friends, do you know how hard it is to find an open bar on a Saturday morning at, oh, say 10 am? Well, I’ll tell ya, it’s flat out difficult. And not being able to have that sweet nectar made it all the more important as a quest.

Along the way, we passed a fruit vendor and decided a natural snack was in order.  And do you know what happened? That shop owner – who had beautiful eyes – gave fruit to all of us. He even gave us extra. It was all we could do to get him to take a tip. And when he did accept the money, he blessed us. Each and every one of us. What a nice guy, on the streets of L.A. 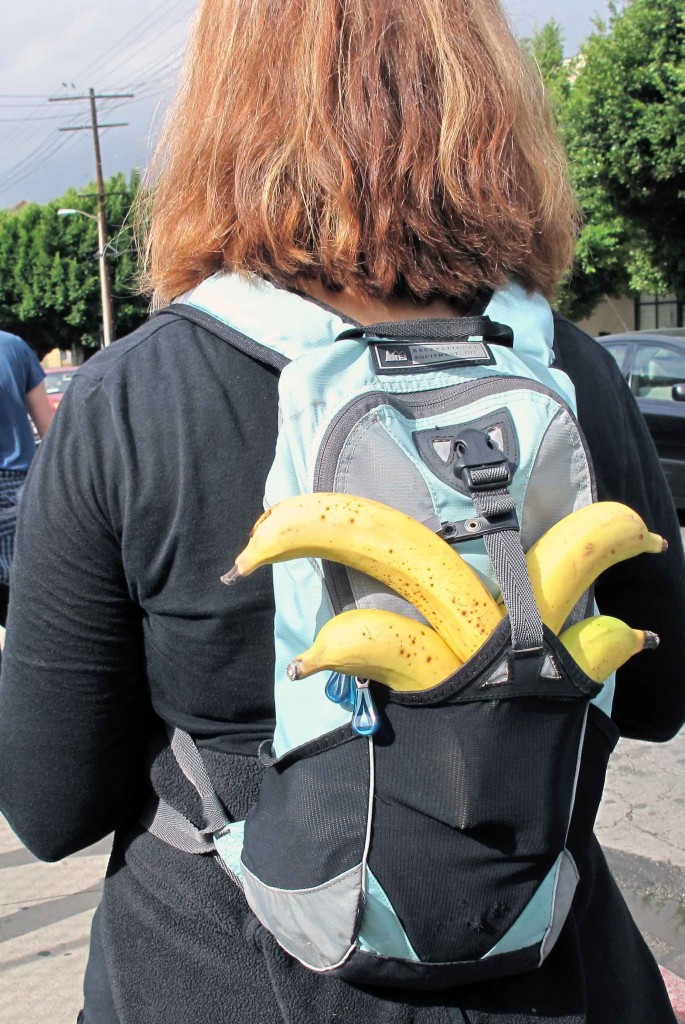 On the beer front, we kept walking and searching. Searching and walking. Finally, between miles 6 and 7, we saw tables being placed on the sidewalk at “Antonio’s” on Melrose in Hollywood. 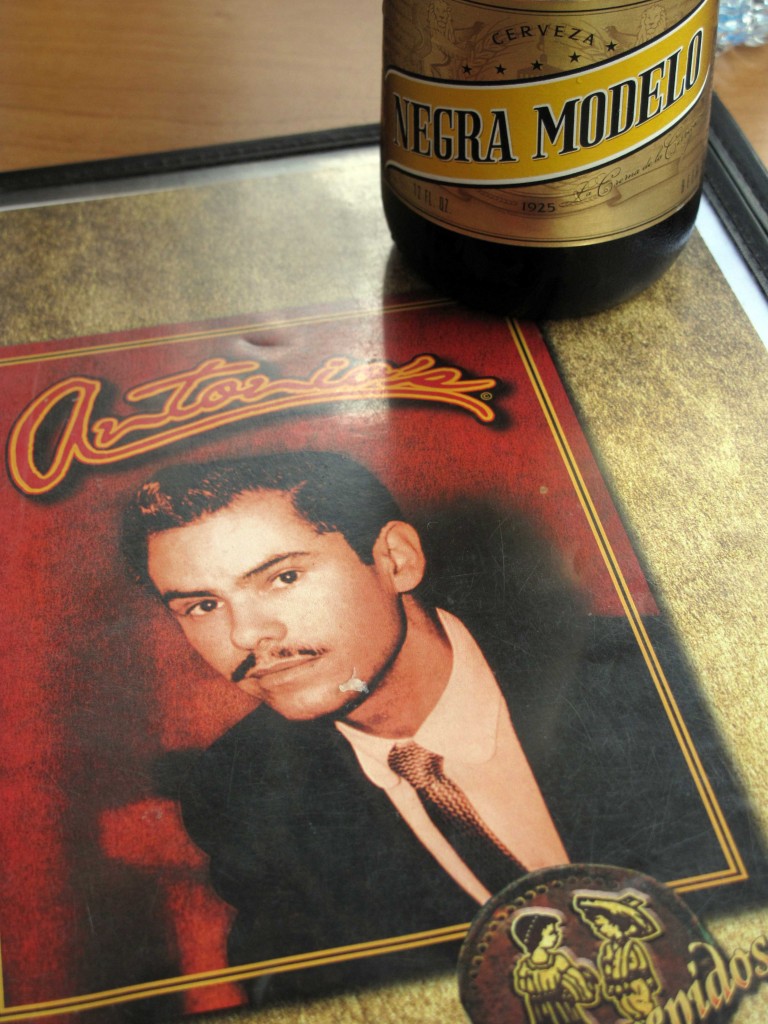 We could not have been happier… 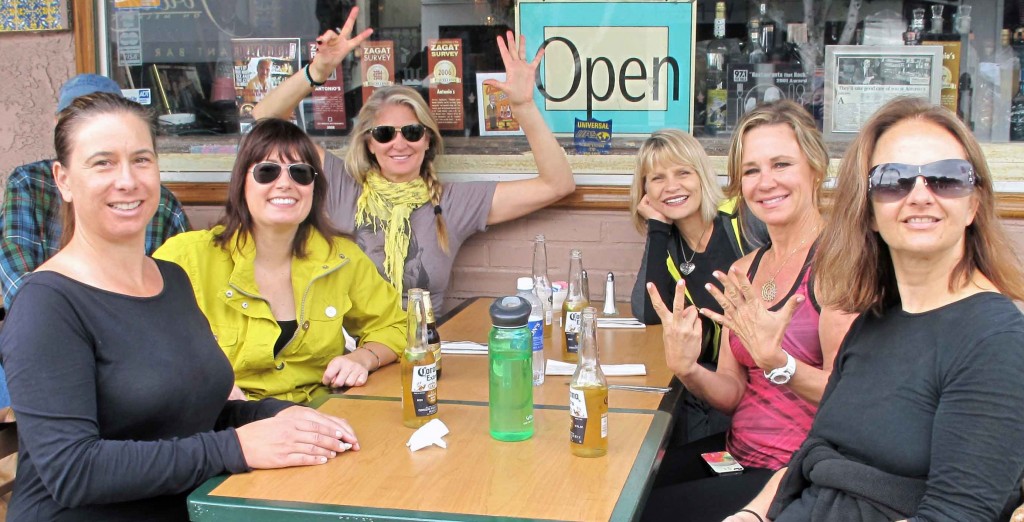 …and most of us downed 2 beers (and a carb-laden lunch) without even thinking about it. We cheered on all the other walkers as they passed, yelling “Go GLAWs!” (Great L.A. Walkers) Once the beers and lunch were finished, we strapped our backpacks on, revved up our furry companion and rejoined the larger group. That’s when the rain started. It was around 1:15.

Somewhere around the 9th or 10th mile – in Beverly Hills – it started raining pretty hard. 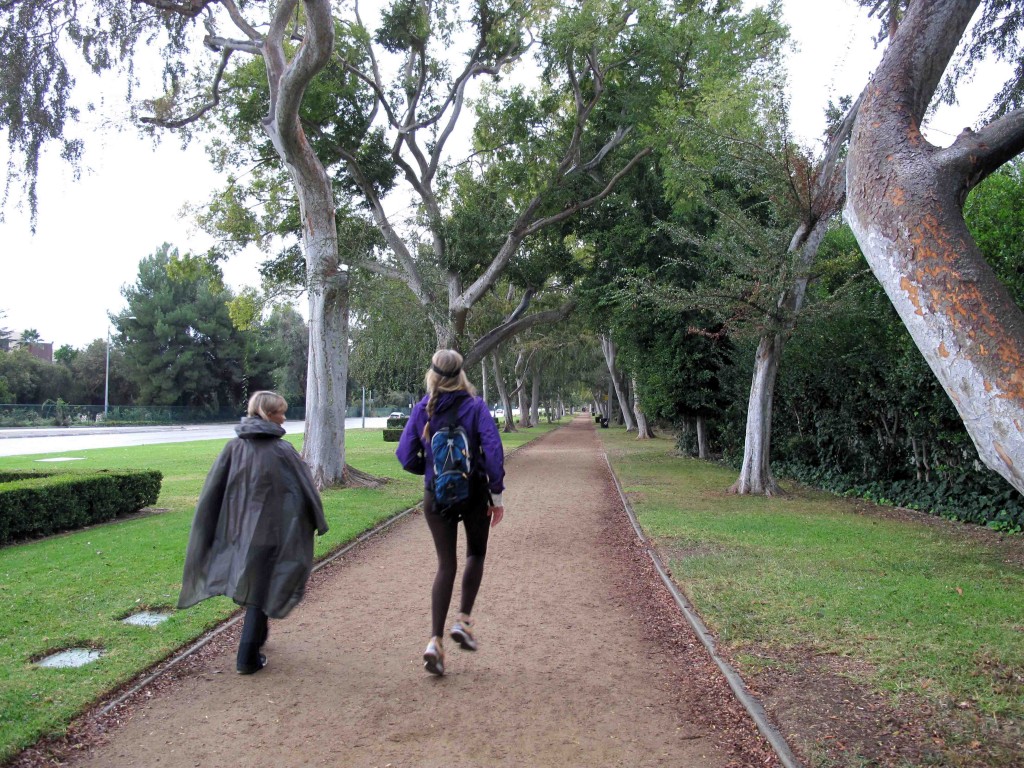 There was no wind, so it was coming down straight and wasn’t too bad. But it was a little cool, and when someone spotted a Starbuck’s, I piped up and said I could really go for a coffee. We got there just in time. Outside, it was dumping buckets. Inside, the coffee was warm and it was mostly dry. Turns out, that Starbuck’s in Beverly Hills has a few roof leaks. I always define “few” as being “3 to 8,” so maybe there were more than a few leaks. That joint was hole-y, y’all, and once the rains eased up a bit, we decided it was better to cover some ground outside in the elements than it was to sit still inside in the elements. And so we started walking again. It was around 3 o’clock. Just under 10 miles down. 7+ miles to go.

The rain was challenging. It invited us to slow our pace, to linger beneath awnings. Each drop sang a sweet song of melancholy and whispered how nice it was just to window-shop, to chat. But my body wasn’t interested in the rain’s charms. And my mind was downright anxious to get to the danged ocean. So I said I needed to walk faster and cover some ground. One of our group said she was game. We made a break.

Our morning pace had been pretty slow. I was challenged by the pace and had shared my frustrations at lunch. Don’t get me wrong, we were doing just fine. I think we were covering about 2.5 miles per hour. And on the city’s crowded sidewalks, that’s okay. But I tend to walk fast, out of habit. So when I found a kindred spirit who was also ready to really move, well, we just took off.

People who had passed us by hours before? We left them in the rear-view. People far more fit and far faster? See ya! We were moving so fast over the last 7 miles, I think we were covering 3+ miles per hour. After a long day and constant rain, that was pretty impressive (if I do say so myself). By the time we hit the 13th mile, I was starting to become giddy.

I was also starting to feel the pain. In my right hip. It wasn’t bad, so I didn’t worry about it. I knew that if I ignored it, “mind over matter” would keep it manageable. My buddy was feeling a tinge as well, but she didn’t slow down, so I didn’t either. But I’ll tell you something: that morning guy was right. Stepping up or down at curbs was excruciating. The ramps became my friends. If I’d gotten the chance, I would have told that guy his advice was dead-on. But I didn’t get the chance. Our paths didn’t cross again. 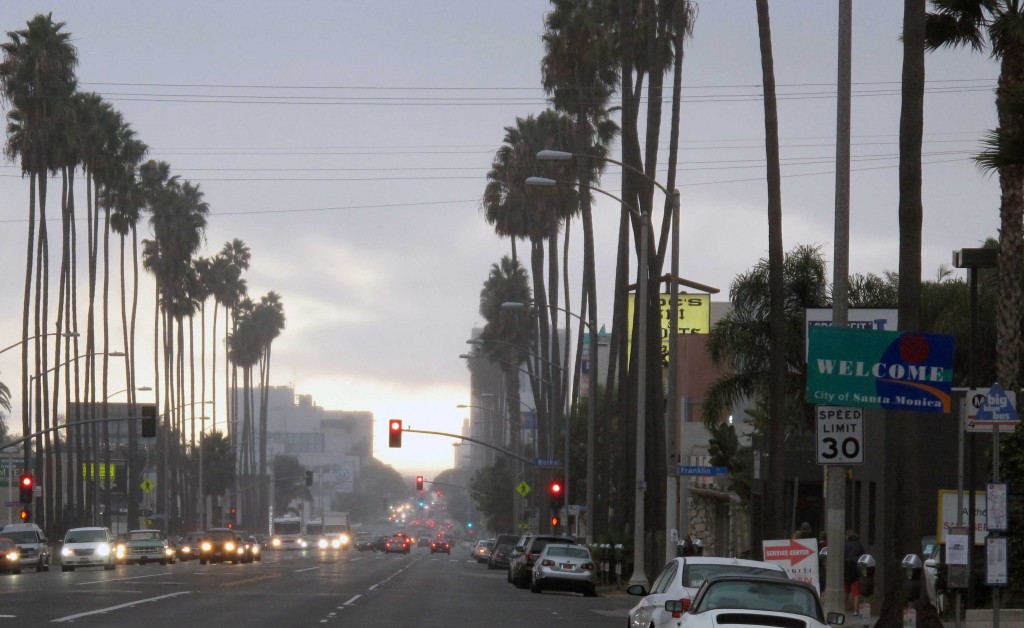 At mile 16, my ankles became stiff. It was cold. The rain was now blowing in our faces. Our hats just weren’t protecting us anymore. The sky was darkening due to the sun going down. We were practically running, knowing the ocean was close. The pain and the rain did nothing to dampen our excitement. We knew we were almost there…

And then we were there! 17 miles. We stopped our fevered pace and greeted all the other walkers waiting by the sea. I had a big, goofy smile on my face and it was good. It was all good. It was 4:56. 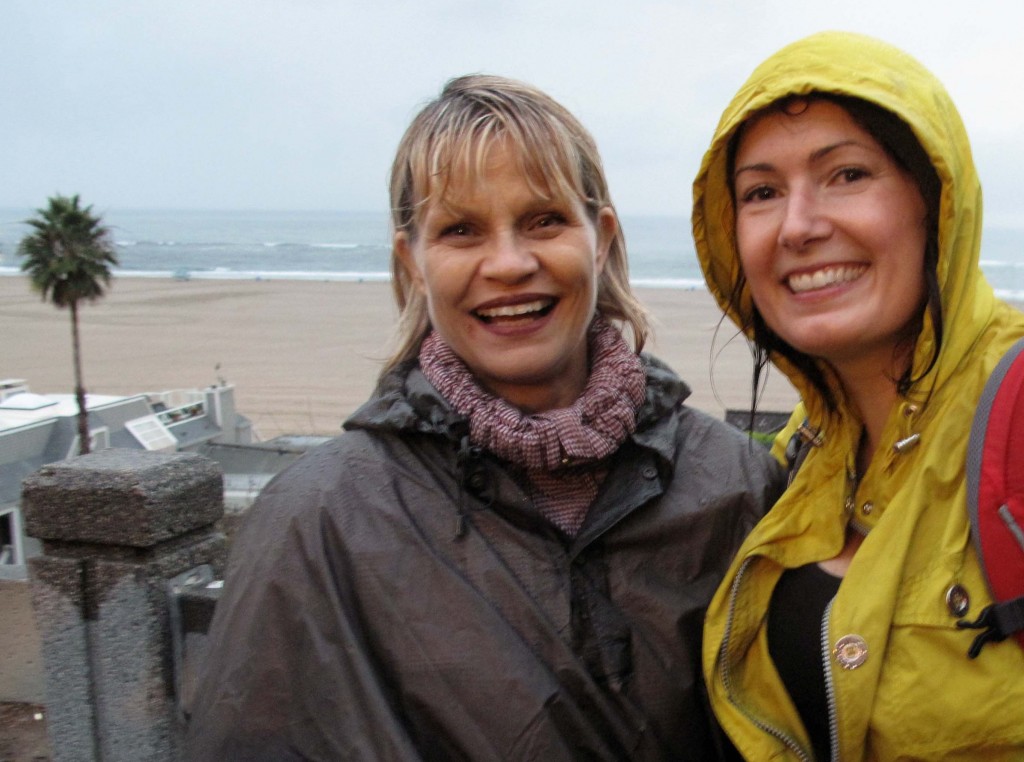 We took a group photo, then headed to a restaurant/bar for an after-party and celebration. While there, walkers trickled in for quite a while. Each was applauded and cheered, and we looked at each other with mutual respect and joy. We all made it.

A day like that is hard to explain. I guess it takes a bit of crazy to even agree to such a walk. Not everyone understands it or accepts it (“What do you mean it’s not for charity?”). Some people were deterred by the rain. Some people caught a bus to the endpoint. Some people caught rides. Some just hit their max and went home.

That’s all okay. But for me, I needed to do this for no other reason than to prove to myself that I could. There’s no reward in completing a trek like this. There’s no fanfare or to-do. One doesn’t get any special letters after her name for walking the entire 17 miles.

And yes, there is pride. As I sat at the bar at the end of the day and looked around, I was proud of everyone there (including myself). I was so pleased to have spent the day with women I adore. I was glad to have met a cool chick who was willing to maintain a crazy pace for the second half of the route. I was, in short, happy.

Every now and then, it’s good to challenge oneself. On Saturday, The Great L.A. Walk provided me that opportunity. I wasn’t sure I had 17 miles in me. As it turned out, I did. That and so much more. 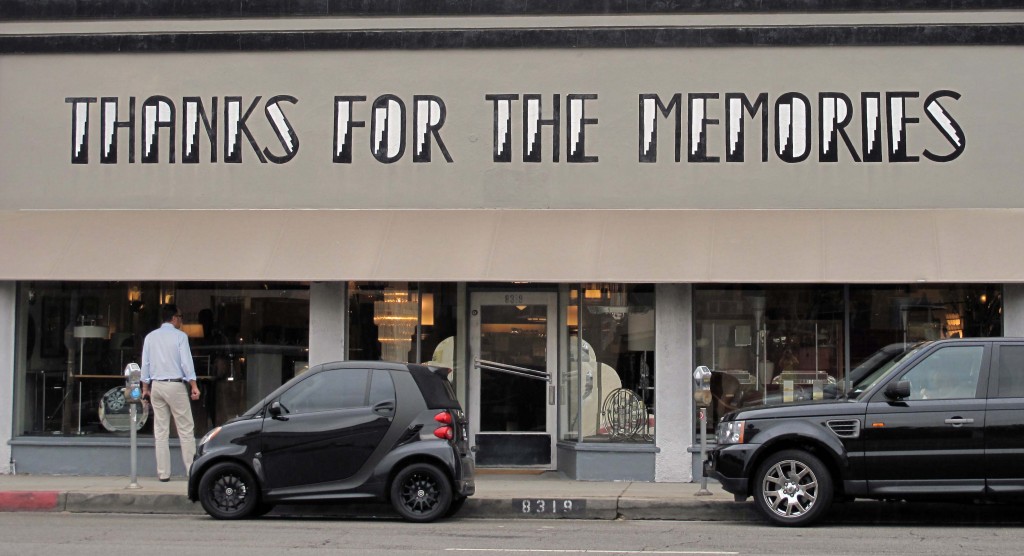 One thought on “The Great L.A. Walk”

Leave a Reply to Wendy B. Cancel reply