Mikki BriskJuly 25, 2021LifeLeave a Comment on The Great Equalizer

The washing machine died a while back. I was on the verge of resigning myself to having to buy a new one when I thought to look up my receipt. I found it and saw that I had purchased an extended warranty for the unit. That warranty had exactly one month left until expiration. I made the necessary calls and got the repair process going. It would end up taking about three weeks.

Mister and I could have ridden out that time without doing laundry. (Who needs underpants?) But I decided it would be better – for me – if I stayed on top of the task and didn’t build a mountain of dirty clothes. That meant I would be going to the laundromat.

For anyone without at-home laundry, you know this world. You know the routines, the protocols. It’s been a long time since I’ve set foot inside a laundromat, but I have done it. A lot. So when this scenario presented itself, I was okay. I knew which particular laundromat I preferred. I knew how to organize my loads of laundry, cleaning supplies and quarters. It wasn’t a big deal.

I went in, got all my loads of wash going at once, then chilled out and listened to a book. The place was pretty empty, which I appreciated given the state of health in the world. All the doors were open, so there was a breeze. The only ambient sounds I heard were the machines. I saw exactly two people come in. It was a quiet day.

As I sat there, I realized that the Laundromat is a great equalizer. When you get down to the mechanics of laundry, we all follow the same steps. Those two people I saw there? Could have been anyone. If my washing machine broke, so could that of a Nobel prize winner. Or a mortician. Near the end of my time there that day, I saw what appeared to be a homeless gentleman come in. Why? To launder his belongings. In that strangely beautiful place, we were all the same – people with dirty clothes.

When all the washing was finished, I loaded my wet clothes back into the car (my dryer still worked) and drove home. All in all, I had been there less than 40 minutes. The following week proved a similar experience. And you know what? I didn’t mind it. In fact, I appreciated the reminder that we are all just human beings, making our way through the world. Human beings in search of clean underwear. 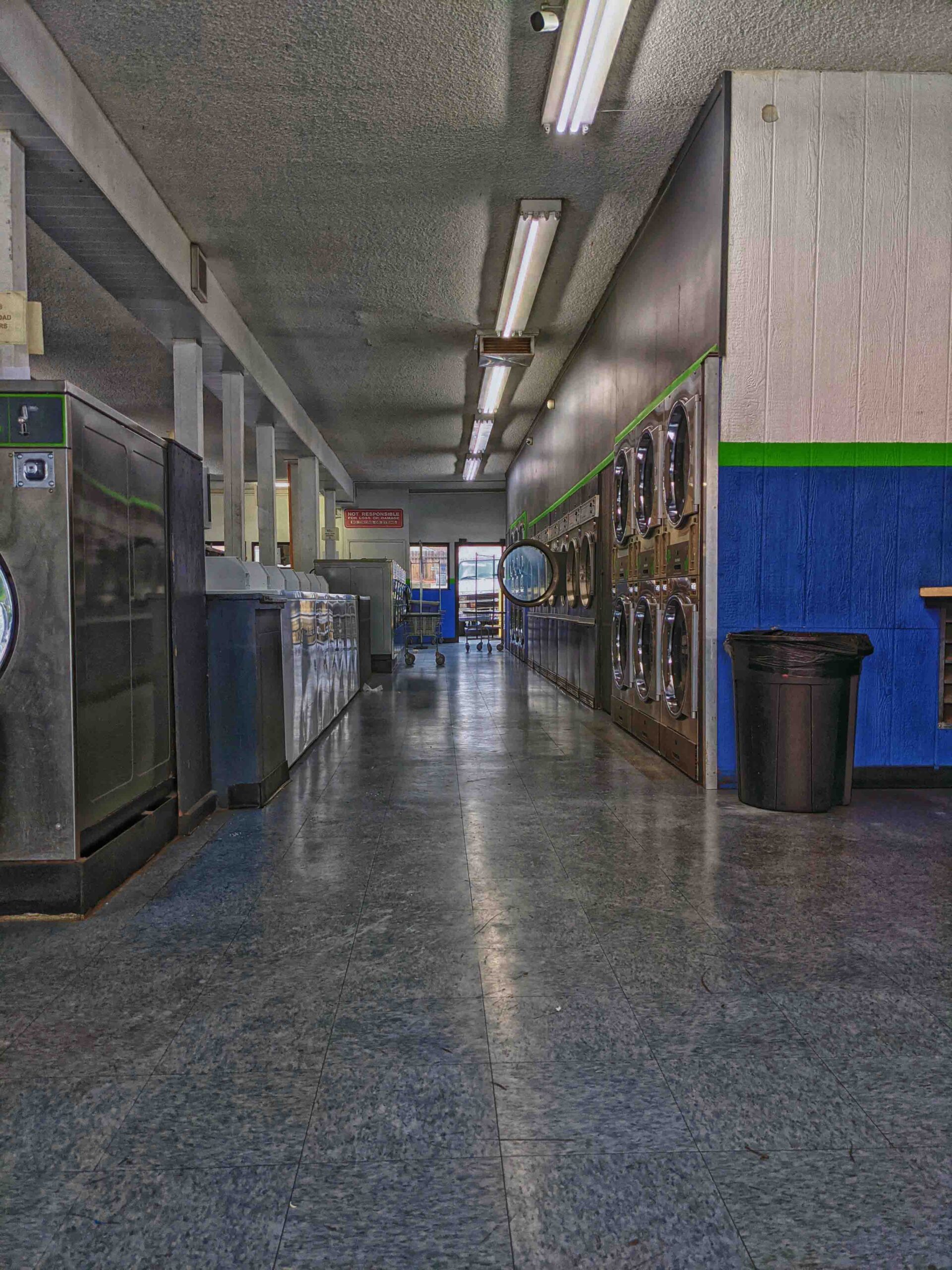