More years ago than I can accurately remember, I was on a layover in Philadelphia with a group of beautiful, young flight attendants and we decided we wanted to see the Liberty Bell (yes – that Liberty Bell). We walked to the Liberty Bell Pavilion – a now-gone structure that used to house the iconic symbol. If I remember correctly, the day’s viewing hours were about to close and we barely made it there on time. With no one in front of us, we walked in straight away. The person charged with guarding the Bell that day was a guy and he was not immune to the beauty of the women in my company. (Rest assured – I could not compete with those babes. I knew it then and I know it now. But I was more than happy to benefit from their charms.) Anyhoo – the dude was so smitten with my colleagues that he allowed all of us to come up and touch the Bell. For reals! We each took a turn placing a hand on the cracked piece of history, laughing and smiling all the while. We thanked the guard and then made our way back to our hotel to ready for the next leg of our trip.

This was before digital cameras or cell phones, so I have no actual photograph of the occasion. And to be honest, I don’t remember the people flying with me on that trip, so I can’t even reach out to them for their recollections. But it lives in my mind, and it is a treasured and unique memory.

This past week, as I watched the news coverage of the U.S. election tallying in Philadelphia, I harkened back to that Liberty Bell memory. More than once it occurred to me that the political quagmire was focused on the very place where our Constitution was written. The place where a group of white men vehemently disagreed and argued over the contents of the great document they were crafting. (A document that never once mentions “women,” by the way.) Everything old is new again.

I must admit, I did not feel very positive in the days preceding and immediately following the U.S. presidential election. Though I wanted to believe and to be hopeful, I just couldn’t muster the faith. The current administration has shown who they are – cheaters, liars, lawbreakers. Why on earth would I expect them to behave any differently during the presidential election?

So on Saturday morning in the United States, when the election was called for Joe Biden and Kamala Harris, I didn’t quite know how to respond. I wasn’t able to brush away the darkness, to accept that a sliver of light had broken through. Part of me kept waiting for the racist bullies at the helm to commit some ridiculous act to destroy the will of more than half the country. But that didn’t happen. Instead, I went out to my front steps and began screaming and dancing. A woman walking her dog on the street stopped and watched. For a moment, I half-expected her to express a different view. But then she started screaming and jumping up and down. Then she yelled in my direction, “As a half Black and half Asian woman, I am more excited than you can possibly know!” I yelled back, “I’m so happy for YOU then! Yes!” A few hours later, as I danced in the middle of a street in Los Angeles with others who simply needed to move in gratitude, I allowed myself to step away from the darkness. I shook off hesitancy and doubt. I danced in time with the music of my heart.

The outcome of this election isn’t a magic balm. It does not erase the horrible actions of the current administration. It does not negate the extroverted, shameless support for the indecency of this president. The fact that over 71 million people are okay with children in cages is a big fucking problem, and a Biden victory does nothing to undo that. I would love to believe that the country is right-side up again. But we’re not. It’s going to take years to clean up the mess made by the current administration. And some messes are permanent. Don’t believe me? Ask the women who were forcibly given hysterectomies while being locked in an immigrant detention center. Ask the devastated families of Breonna Taylor and Heather Heyer. And if you’re the parent of a daughter and you voted for the current administration, ask yourself if it’s okay for the president to grab your little girl by the pussy.

No – A Biden-Harris administration will not undo all the damage inflicted by the president. But at least the new President won’t be showing up at a trash fire carrying kindling. At least he has the good sense to come armed with an extinguisher.

I have never forgotten placing my hand on the Liberty Bell in Philadelphia all those years ago. Electricity surged through me in that moment, a feeling unlike any other I had or have known. It was a once-in-a-lifetime experience. And it was powerful. Last week, watching those fine folks in Philadelphia as they counted every last, legally cast vote, I was reminded of that power. I was reminded of hope. Of possibility. Of the audacity to dream we might endeavor to form a more perfect union. I know we’ll never get there. We’re human and therefore confined by the boundaries of imperfection. But dear lord – let us have some windows to look through! Let us dream of what we could be, of how decent me might be. Let us at least stretch toward our better angels, even if we never feel the actual graze of their wings. Let us reach… 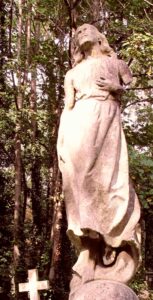