An Attitude of Gratitude

“Here I stand; I can do no otherwise. God help me.” 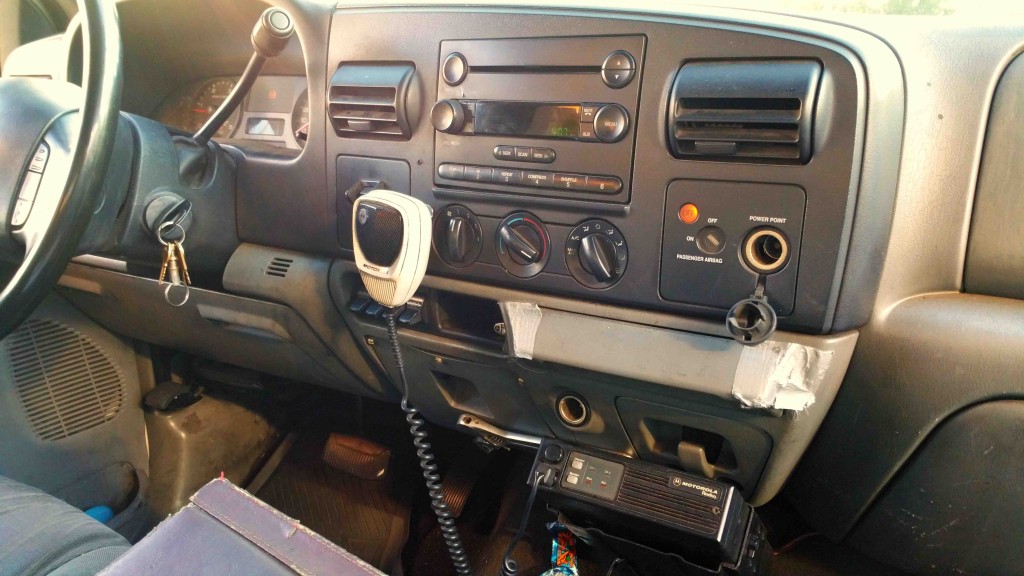 The photo above was taken in the cab of a tow truck. As I was taking the pic, I was in that danged tow truck and my old Volvo was being towed. It’s a funny story, actually…

On Friday I had about a million, billion, god-zillion things to do. One item on my list was to go downtown to the fabric district, where I needed to pick up some fringed trim. At my local fabric store, I found a fringed trim that was sort of okay and that I could live with, but not quite what I had envisioned. With a coupon, that trim would have cost $7.50 per yard. In the fabric district, I found precisely what I was looking for at – wait for it – $2 per yard. But I digress. While I would ordinarily take the train downtown, I had other to-do items that day. Items that weren’t on the train’s route and required me driving. So I drove downtown. No problem. I jiffy-quick ran into the fabric store, found what I wanted, bought it and very nearly skipped back to my car in the adjacent lot. I climbed into the old gal and hit the engine and – nothing. I mean absolutely nothing happened. As I’ve lived with my old Volvo for 16 years now, it wasn’t my first rodeo. So I grabbed the branch on the tree and shifted the gears. There was no resistance of any measure.

Years ago I had a similar experience and called AAA. On that occasion, the tow truck driver looked under the car and found the problem: the gear shift had become detached from the mechanism that actually shifts the danged gears. That guy was a mensch, I tell you, and he had me take a look beneath the car so that I’d understand the issue and be able to handle it myself, should the problem occur again. So Friday, in that downtown L.A. parking lot, I remembered the day the AAA tow truck driver taught me to fish (instead of merely giving me a fish), and I got down on the ground and reached beneath my car. Sure enough – the problem was the same as on that long-ago day. I reconnected the gear shift parts, asked the parking lot attendant for a tissue, cleaned my hands enough to not oil up my steering wheel and that was that. I started the car just fine and hit the road. I was off to my next task.

After several miles, I took my designated freeway off-ramp. Just as I began slowing, I heard a loud bang beneath the car. I stopped at the off-ramp’s stop light. When it turned green, I followed traffic through a turn and onto the street, where I found myself stopped at another light. The car didn’t feel right. In fact, it felt like I was coasting to that next light instead of driving with any power. But what could I do? I was at a stop light. So I waited in the queue, then when it was my turn, I coasted through the left turn and continued to coast about a block and turned right into a parking lot where I had bid-ness to do. There was a vacant spot at the back of the lot, next to an alley and I coasted all the way into it. I checked the steering wheel and it was the same as downtown: nothing but give. I got out of the car and again got down on the ground, ready to reconnect the gear shift. But when I reached beneath the car, something was wrong. Part of the car seemed to be – missing. There was nothing to connect the gear shift to. Was that what I’d heard? Had the bang occurred when that part of my car broke off? I didn’t know for sure, but I suspected. So I stood up, retrieved my phone and called AAA. Once I was on their list and knew how long I had to wait for the tow truck to arrive, well, I went ahead and took care of my task in that area. Why not? Might as well get some things done while I waited. I handled my bid-ness and went back out to my car to wait for the AAA guy.

Just when I thought I’d been forgotten, the tow truck arrived and the driver did his job. I could go on and on about that guy, and in fact I may in a day or two, but for now, suffice it to say I and my car made it safe and sound to my mechanic’s and from there I got a ride home with the big guy himself. He told me he’d probably get to my car on Monday (today) and that he’d update me as soon as he could.

I’m telling you all of this because I want you to know how Friday went. And I want you to know how Friday went because I want you to know how I dealt with the day’s events. Basically, I chilled. When I found myself temporarily stranded downtown, I didn’t fret and instead handled the situation. Then, when I found myself permanently stranded, I sort of did the same. And not once did I stress over the scene. When I called AAA, the customer service chick even commented, “Wow! You sure do have a positive attitude about all this.” I didn’t hesitate in saying, “Well, I’m safe. And really, how cool is it that my car coasted for me for at least a quarter of a mile? That’s pretty cool, right?”

As of this posting, I’m still without a car. And I’m prepared to rely on my bicycle for getting around. I’m cool with that. And I’m still amazed at how charmed my day was last Friday. And I’m grateful. Not only was my attitude aces, but I had a lot to be positive about.

It is a wonderful thing – being blessed. It is greater still to know it. And man – don’t I know…