Get Down on The Ground 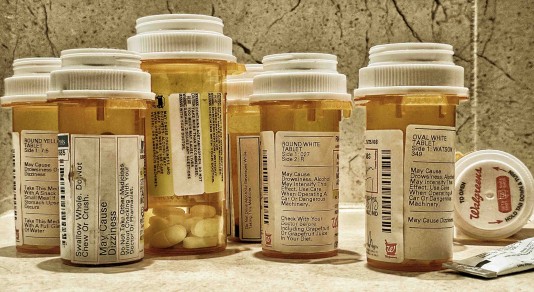 We’re watching the 3rd season of “Narcos” on Netflix and we’re taking our time with it. The bit of history that’s thrown in with the dramatization is quite interesting. I’m sharing this so that you’ll understand where I’m coming from when I tell you that I’ve got cocaine on the brain.

Now – I was never a coke-head. I just wasn’t. Might have been financial limitations. Might have been something I wasn’t into. I did try it – exactly one time – and that isolated incident was enough to convince me I didn’t need to try it again. I’ve talked to people who’ve said they loved cocaine. Some folks have said they’d do it all the time if they could. I try to understand where they’re coming from, but I don’t get it. It’s beyond me.

Every now and then I come across someone who asks if I want a bump. I’m not kidding. And it’s just plain weird. I mean – what decade is this? And when I do see someone doing it, it’s ugly. Medicinal marijuana has been around these parts for some time, so I see that quite a bit. It doesn’t move the needle. But cocaine? That one is bizarre. I don’t know how else to describe it.

Back in the day (also known as my childhood), my illicit drug of choice was marijuana. I also drank, but that led to black-outs more often than not, so I stopped – for the sake of remembering. I dabbled in a few other things, too, but none of it stuck. I never lost track of what I’d experienced because of pot, and I never got into trouble that I couldn’t handle. I do remember being underage, hanging with folks who were of legal age, and being told that if the fuzz showed up I’d be expected to “carry” the weed as I would “only go to juvie,” whereas my companions would go to jail. It was ridiculous and funny and wrong, all at the same time. Fortunately, I survived. I did not go to jail (or to juvie) and I didn’t die. Those years didn’t lead to anything heavier, either. More than a few people I knew back then didn’t make it, however. And that’s a real shame. These days, I know folks who are hooked on all kinds of things. Some of them are self-aware and know their struggles. Others, well, let’s just say there are a lot of monkeys on a lot of backs. And not everyone knows they’re carrying that extra weight. That’s a shame, too.

Now when I watch “Narcos,” I’m fascinated by what I never knew. And by how screwed up America’s actions were. Our country’s behaviors have been less than noble, y’all. Better to acknowledge that than to pretend otherwise. I love learning about it, but it’s also terribly disappointing. A lot of our history is like that. The truth hurts sometimes.

No – I was never a coke-head. Never will be. I’m real good with that. If you are someone who’s excited by the mere idea of cocaine, maybe you should watch the first episode of season 1 of “Narcos.” The ugliness that goes into producing cocaine comes out pretty quickly. And if that doesn’t give you the heebie-jeebies, I don’t know what will.