As if there weren’t enough weight in this world, the dire news of our climate crisis has now landed. But we already knew this, right? I mean – a person would have to be a complete fucktard to deny this science, right? Right.

For a while now, I’ve been obsessed with the eastern United States’ Low Country. Something about the area’s beauty has gripped me. Fear of it disappearing forever swirls, too. And I’ve been working on a series of paintings featuring my own visions of the Low Country… 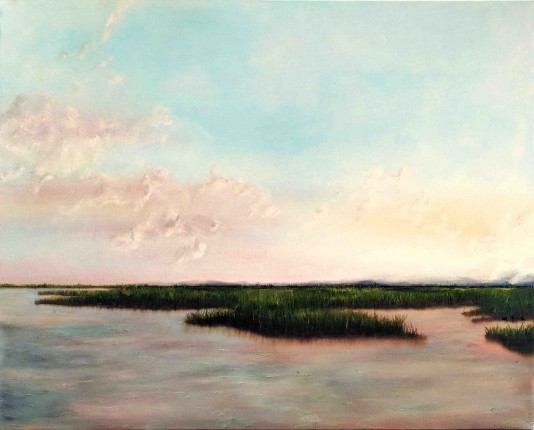 This one came first, and it’s my favorite.

These two little paintings were next. I want to go to there.

This one caused me grief. It just didn’t want to cooperate and I nearly drop-kicked the canvas more than once. Then my sweet friend Gwendelyn suggested I change one simple angle and it made all the difference. Go figure.

The thing about these paintings, for me, is the uncertainty of what’s going on. Is a storm a-comin’? Or are the clouds clearing out? I suppose it depends on the mood of the viewer. Speaking for this viewer, there seems to be a never-ending storm on the horizon.

And yet, still, no rain.