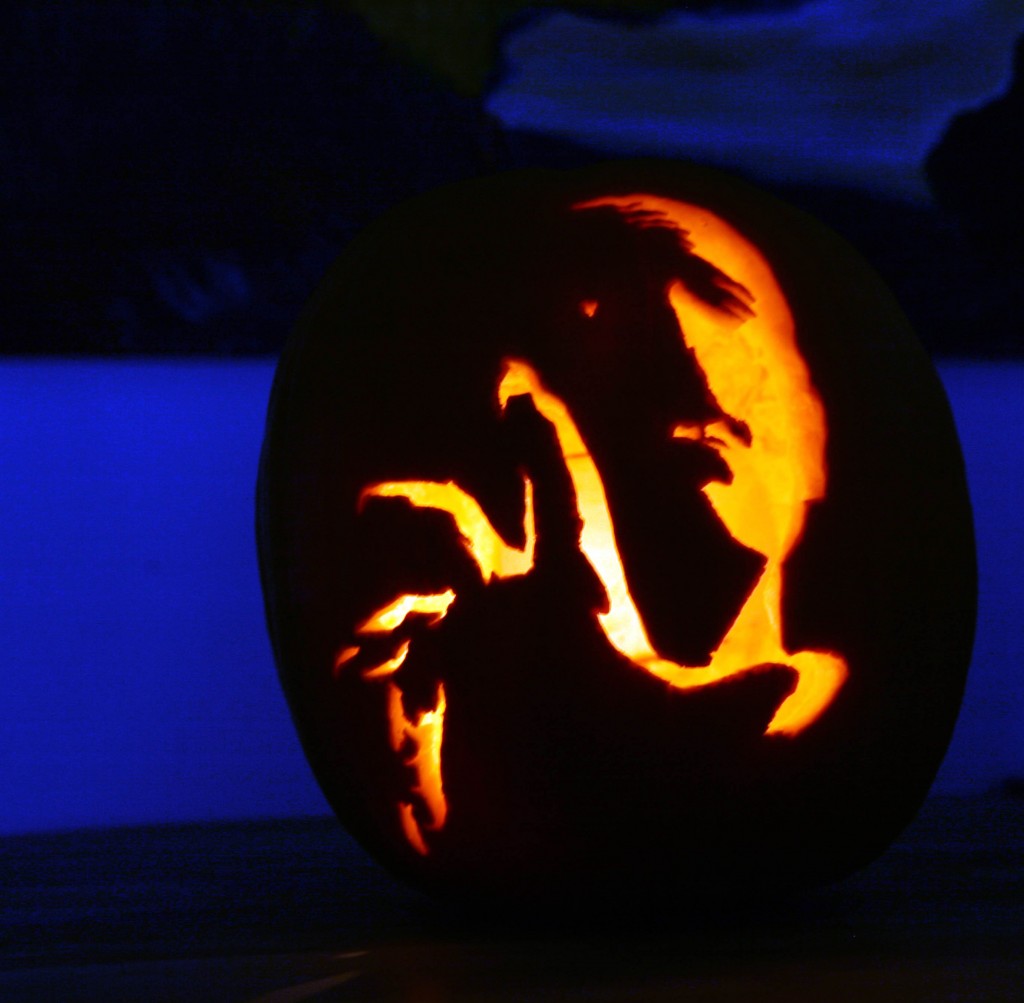 This is a pumpkin I carved a year or so ago.

I’m a “Harry Potter” nut, I cannot deny. Love the books. Love the movies. What’s not to love? And yes, I could have carved any of the beloved characters from “Harry Potter,” but I chose the scariest: Voldemort. He turned out pretty good!

This pumpkin reminds me of when Mister and I had just moved into the old house – eons ago – and we were invited to a backyard party by neighbors. While there, we met two other neighbors and during the course of polite conversation, they asked what we’d been doing for fun since the work of moving had ceased. We told them how – that very afternoon – we’d just seen the very first “Harry Potter” movie. We then asked if their kids had read the first book. They looked at us with more judgment than I can convey, and told us that they were Christians and that their kids would not be allowed to read the books or see the film versions.

I should have gotten it and I should have just excused myself and found someone else to talk to. But I couldn’t let it go. I asked if they themselves had read the book or if they were just making assumptions. They had not read the book. That just opened the door for me to go too far, friends. I told them that was too bad, because they were judging a book about a little boy who just wanted to be loved. I implored them to read the book before judging it. It was like I was on the Rowling payroll, the way I kept pushing that book at them! Anyhoo, I guess I pushed too far because they quickly decided to excuse themselves and they found someone else to talk to.

That exchange set the tone for our non-relationship. I stayed away from my judgmental neighbors and they stayed away from me. But why am I telling you this? What does this have to do with Halloween? Not a darned thing.

Still, Happy Halloween. I send that sentiment to all. Ghosts. Goblins.  Even judgmental neighbors.