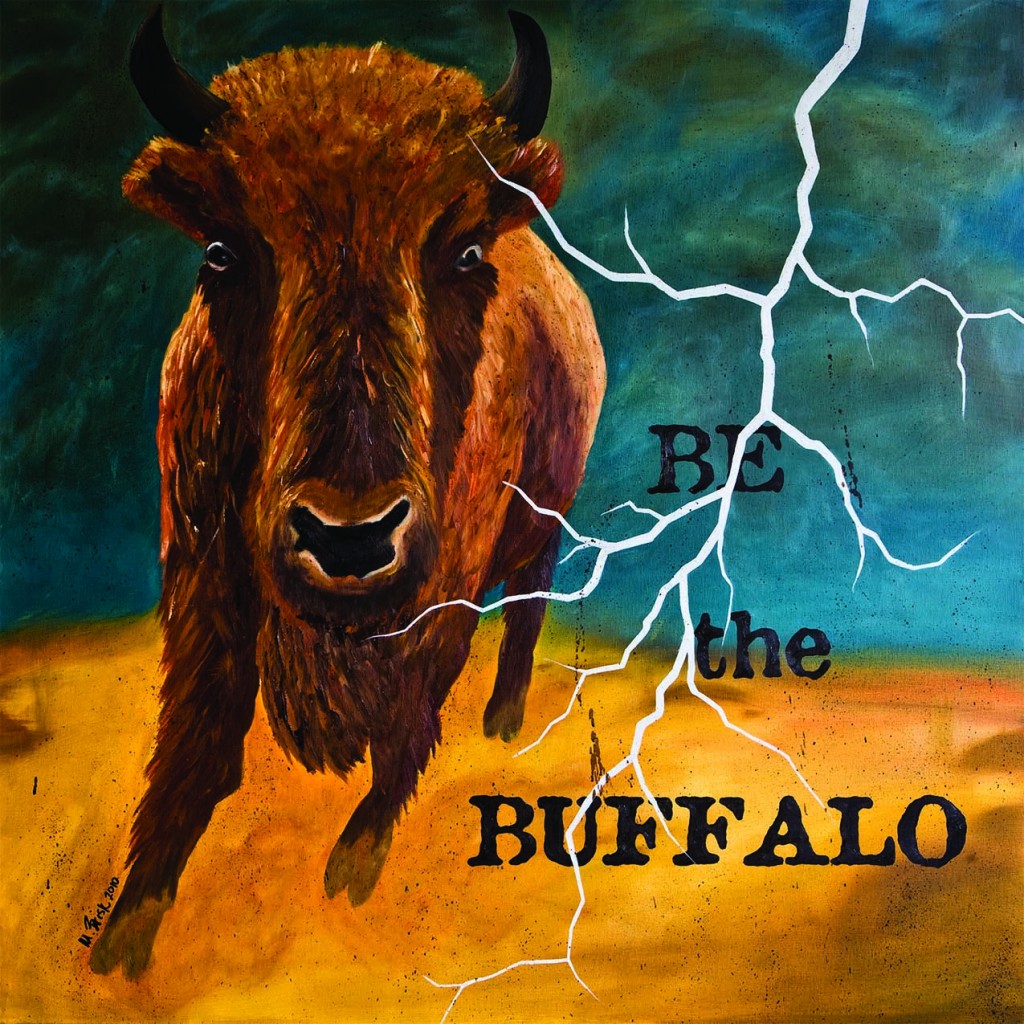 A couple of years ago, I read about Wilma Mankiller (1945 – 2010), the first female principal chief of the Cherokee Nation in these United States. Ms. Mankiller told of how during storms, cows flee as fast and as far as they can. Their stampedes, all in an effort to avoid nature’s adversity, often leave them spent and exhausted. But not the buffalo. Ms. Mankiller explained that the buffalo charge straight for the storm and its dark clouds. In doing so, the buffalo move into daylight more quickly.

I was quite affected by this idea. How did buffalo know more than us – humans? Like cows, we too, run from adversity and strife. We procrastinate in dealing with worries. We do not meet our challenges head-on. Instead, we drag things out until we absolutely have to deal with the messes. Often, by then, what was a mole hill has become a big, old, cluster-f*&% of a mountain.

The first thought I had on all this was to paint it. It being the buffalo running toward the storm. Then I knew it had to actually say, “Be the Buffalo.” And so it does.

Even though this painting hangs in my living room, I sometimes need to be reminded of its message. Today I endeavor to “Be the Buffalo.” Today I choose to meet my life head-on. Today I aim to get through storms more quickly.

On the other side of all that thunder and lightning, there are greener pastures. I’ll see you there.

One thought on “Be the Buffalo”