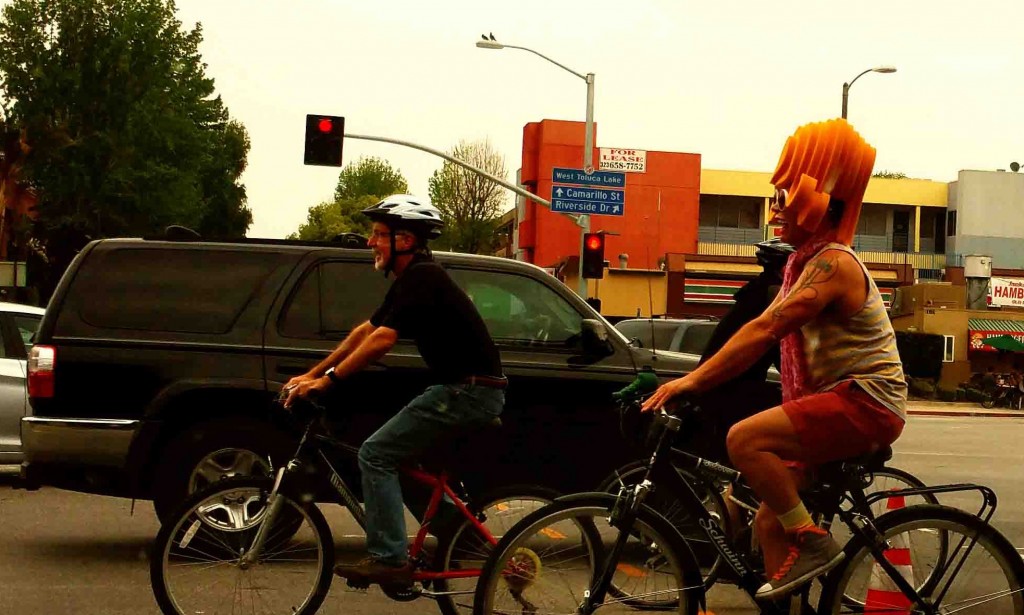 Yesterday there were street closures in The Valley for what’s called CicLAvia. When this happens, L.A. streets become wide open for folks on bikes and on foot. Cars are banned  and there’s usually a pretty big turnout. In the past, CicLAvia has taken place on the other side of the hill. This was the first event to cross over into The Valley.

I was out and about, running errands, when I found myself at a red light. About a jillion riders crossed in front of me, making their way to the closed-to-cars streets. I was laughing at some of the garb and managed to grab my camera and snap a pic.

I didn’t head over to Ventura Boulevard, where the thousands of bikers roamed free. But I did battle tremendous traffic, as all those cars had to fit somewhere. And y’all – it wasn’t nearly as pretty as that dude’s hair.