Mikki BriskJanuary 27, 2014Art Life Painting2 Comments on We Are Josh-toberfest 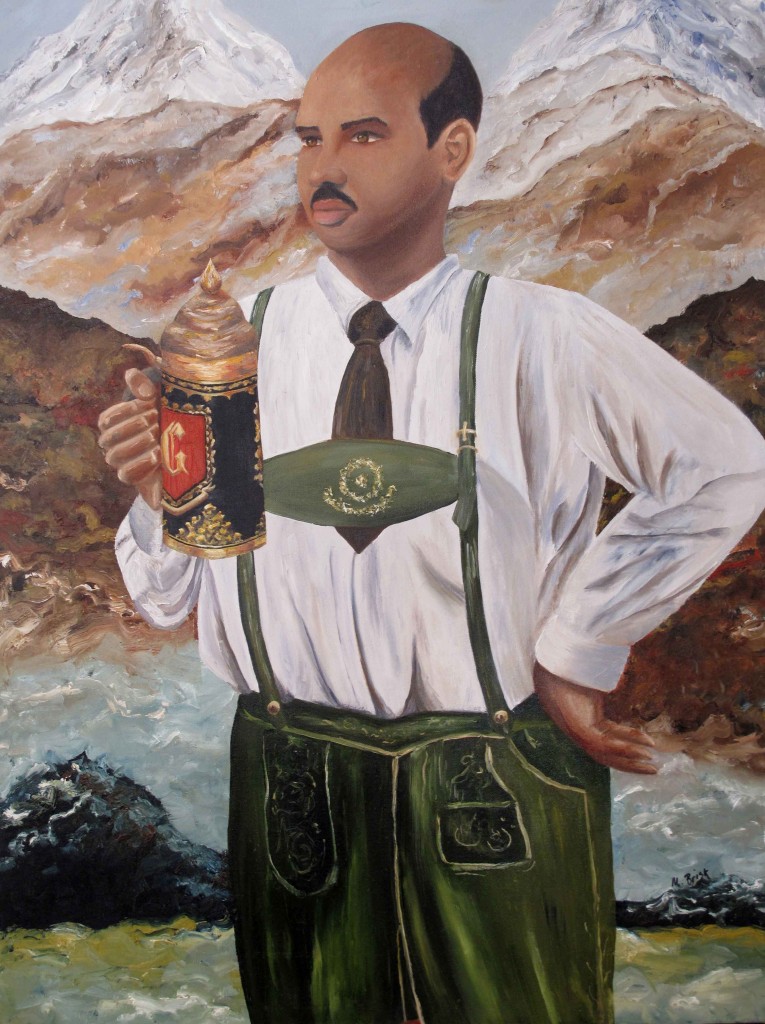 This painting has a crazy story. It was a commission, requested by a buddy in Beer Clug. When he first asked about my taking it on, I turned him down. I said I don’t do portraits (because I don’t). I told him it wouldn’t look anything like him. I tried everything I could to deter his enthusiasm. Nothing worked. Finally, I said I’d give it a shot, but that he shouldn’t expect an actual resemblance. I figured regardless of the outcome, no harm, no foul.

He got the idea from the movie Beerfest. In the film, there’s a German Bierhaus. On the wall of the bierhaus is a portrait of one of the main characters’ ancestors. My buddy wanted this painting, but with himself as the subject. Simple enough request, as he flippin’ loves beer and Beerfest. I took a few reference photos of my buddy and set to work.

Interesting note: while painting this one, I started doing P90X. One of the workouts (“Plyometrics”) features Erik Stolhanske. The portrait in Beerfest is based on Erik’s face. So every time I did that particular workout, I would laugh about the painting. Small world, I suppose.

Anyhoo, by the time I finished, I realized it actually looks a lot like my buddy. (Whether or not he agrees is another matter.) And the naming of the portrait was easy. Mister and I like to mis-sing an Oktoberfest song with the wrong lyrics: “We are Josh-toberfest.”

Because my buddy is super-nice, I’ll probably never know his true feelings about the portrait. But I can honestly say I’m proud of it. I think it turned out just as dorky as can be, and it’s pretty cool to boot.

2 thoughts on “We Are Josh-toberfest”