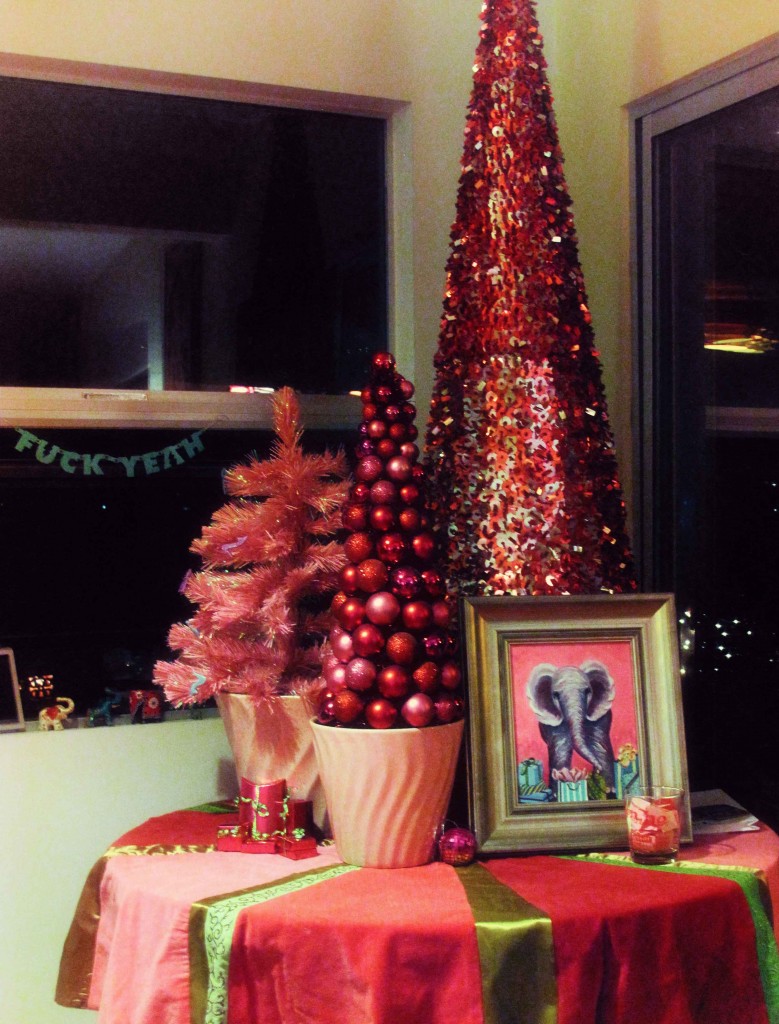 For 10 years now Mister and I have been fortunate enough to be invited to an annual event known as WEXMAS. It’s been going on for 15 years, so we feel attached to this seasonal soiree and its attendees. This past weekend, the bash went down. 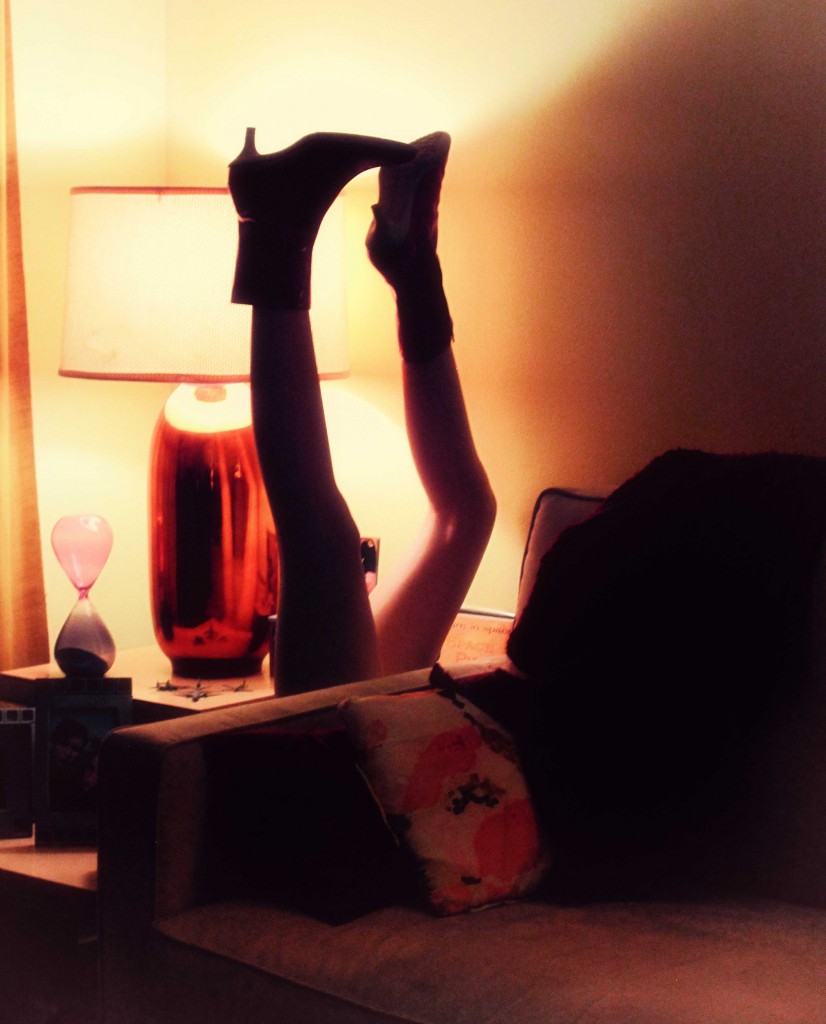 WEXMAS, in its youth, was known as “Armenian White Elephant Christmas Party.” Our friend, Feeny, is the hostess with the most-ess and she throws a mean WEXMAS, with an Armenian feast and more panache than you can shake a tinseled stick at. Each year, Feeny brings an eclectic assortment of folks together to exchange the weirdest, coolest and sometimes grossest gifts imaginable. For instance, there’s been an actual “Golden Ticket” from Willy Wonka and the Chocolate Factory. There’s been a giant bag of shredded US money – $2 million dollars worth (I kid you not). Those things are awesome. But there’s also been a box of various half-empty lotion bottles and a glass penis sculpture. One man’s trash… 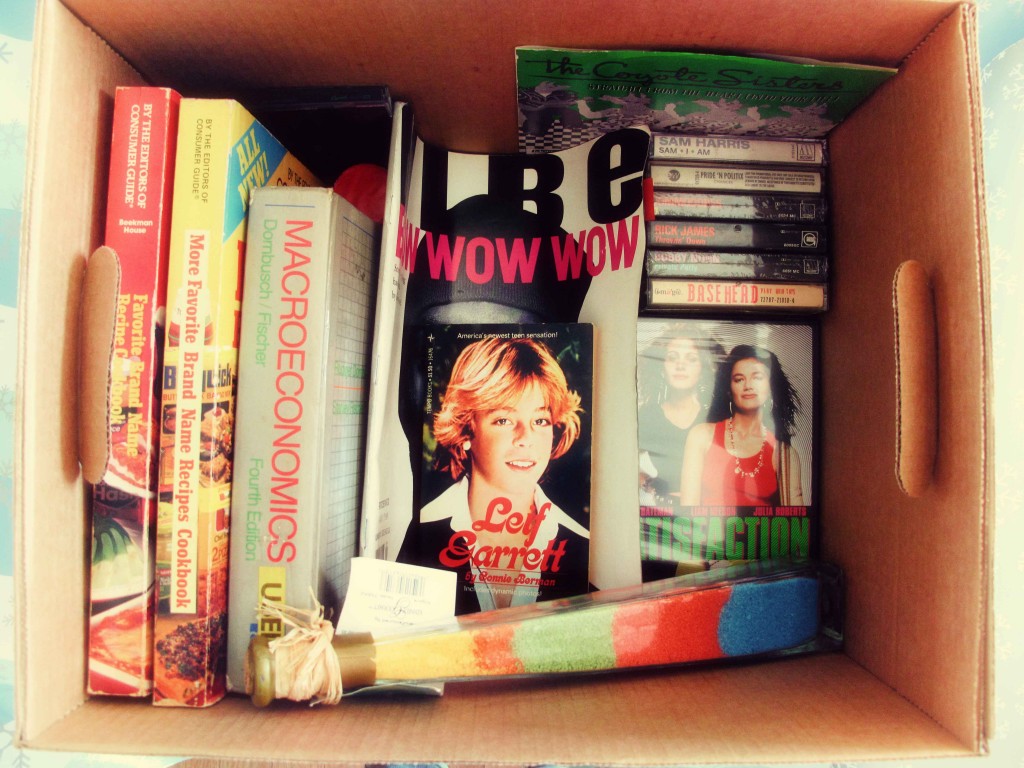 This year Mister and I put together a box of assorted finds from the new abode (shown above). Most of the items were discovered around the house, left behind by the previous care-givers (cassettes, Leif Garrett book, old “Vibe” magazine). A couple of items came from our own moving boxes (DVDs, Guinness Book of World Records – 2000 edition, CDs). A couple of included items were old WEXMAS gifts that we never disposed of (fireworks, colored Margarita salt). This box of goodies was funny and desirable – it was “stolen” once by someone who got all googly-eyed over that Leif Garrett book. Again, one man’s trash… 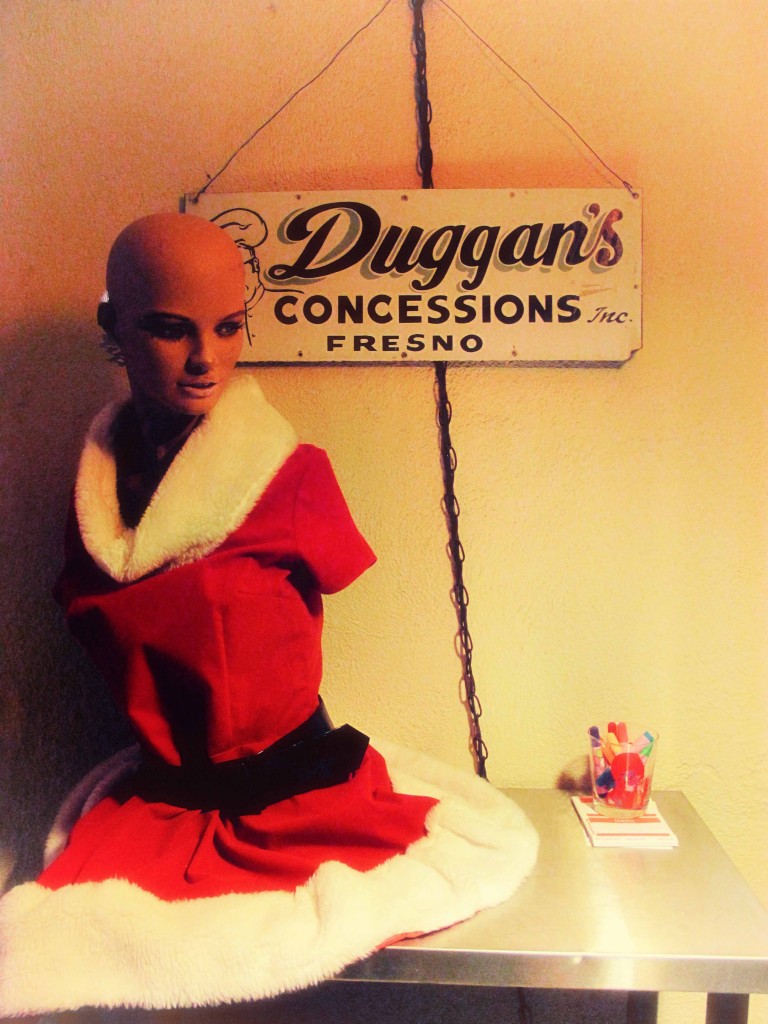 Mister and I have not always fared so well in these exchanges. We’ve come home with some real doozies. Some years we’ve immediately placed our “gifts” into a goodwill box. Other years the items have ended up in the trash. That glass penis sculpture? It’s packed away somewhere. We’ll find it eventually and then we’ll decide if it’s a keeper or not. If it’s to go, it will be wrapped and set aside for next year’s WEXMAS.

This year, however, Mister and I ended up with some pretty cool goods. He got this awesome framed-fish-photos piece, which we will actually hang, y’all. 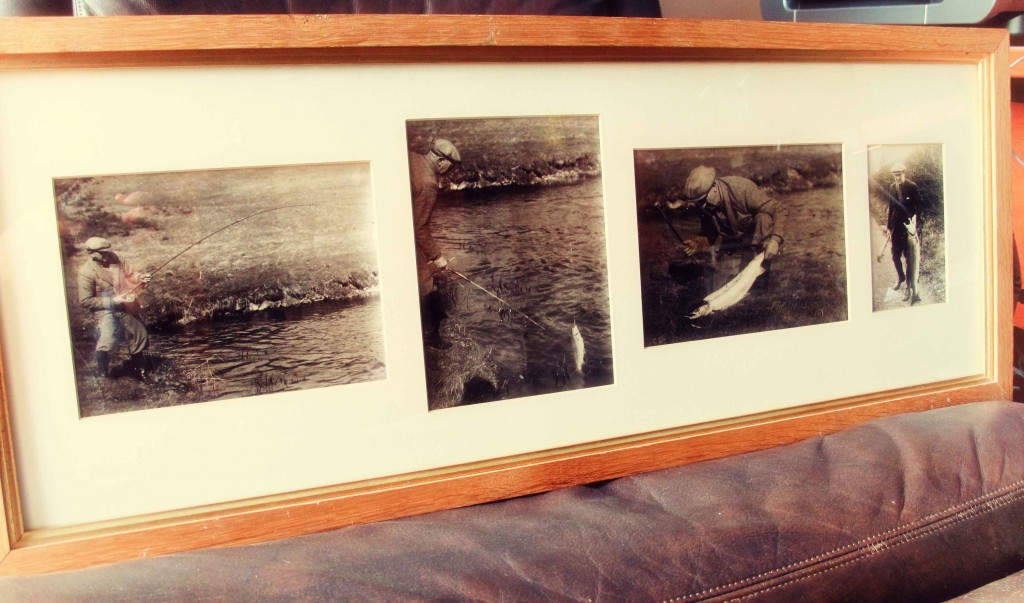 And I ended up with a “Sweet Valley High” board game. Someone at the party asked if I planned to sell it on eBay. I told her I planned to play it. (Duh.) And I will. 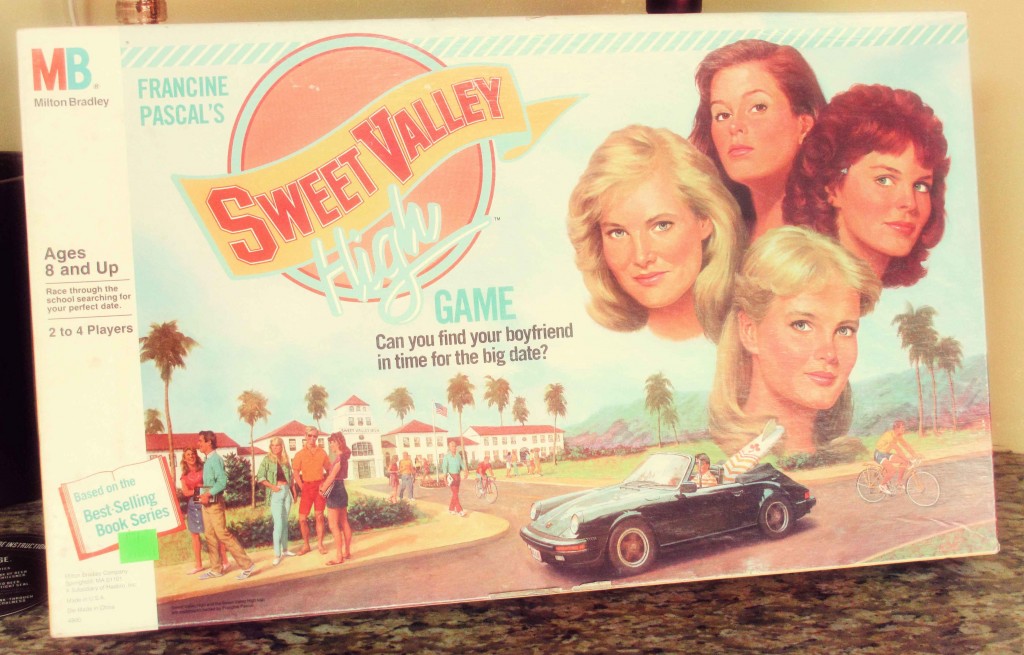 WEXMAS is always the party of the year, and I suppose that can be attributed to a variety of factors. But the biggest reason the party is so killer is Feeny herself. She is so amazing. Honestly, Mister and I marvel at this gal and feel tremendously honored to know her and call her friend. She’s cool, she’s smart, she’s funny, she’s hot. And we love her. Truly.