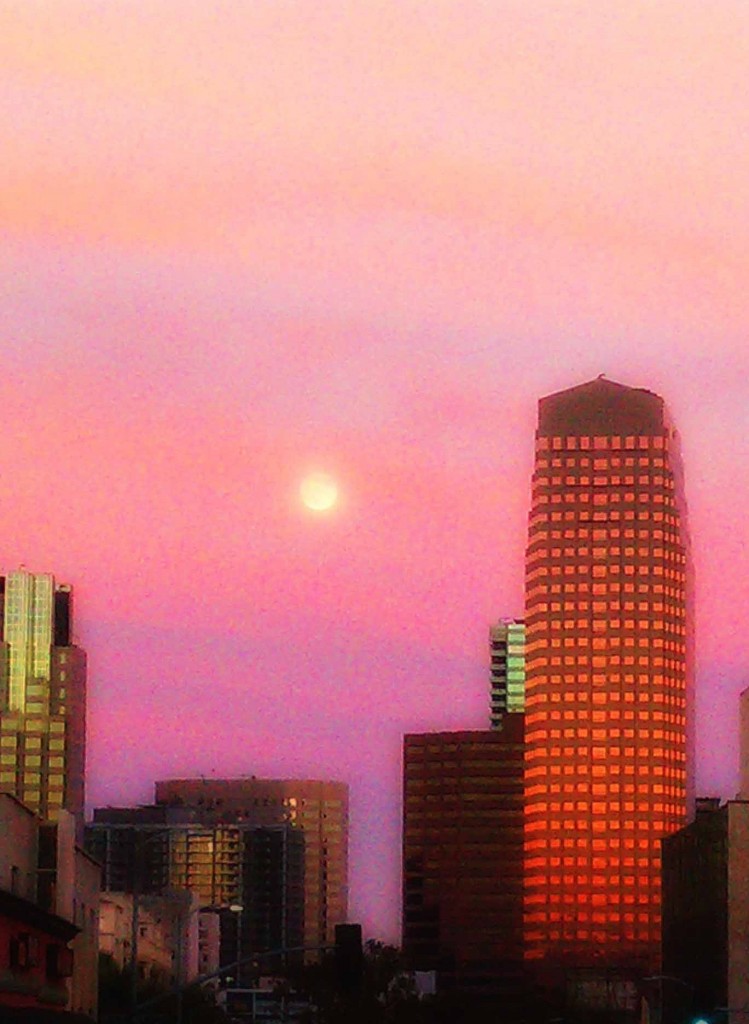 You know how the other day I saw the First Lady of L.A. speak at an event? Well, one thing I forgot to tell you was how I felt after listening to her presentation.

I felt hope. I really did. Ms. Wakeland instilled a belief in Los Angeles. After her speech, I really did feel our city could be bettered, and then some, by its citizens. Us! I left that event with a renewed love for Los Angeles. I was excited to study my local measures for the upcoming election and ready to do my part. It was a lovely, civic pride I felt, and I liked it.

And then, early the next morning, LA Sanitation blew it all out of the water when they decided, all on their own, to simply take away our trash bin. Not merely empty it, mind you, but remove it entirely. When I called to let them know they had erred, I was told all kinds of things that added up to nothing. In short, we may have to go over a week without a replacement bin. Damned governmental bureaucracy. Starting my day off ugly.

And then I spoke to Mister. And he reminded me that although the LA Sanitation doofus I dealt with was indeed fairly useless, it wasn’t the end of the world and I was only dealing with ordinary, city problems. That helped me calm my ass down.

Then I remembered something else. One day I was waiting in line to get to the subway (there was a Rams game in town and the train was overloaded). As I stood in line, I overheard a family behind me. I think there were two kids and their parents. (I never turned around to see them, so I’m not sure.) When one of the kids started complaining about the wait, I heard the dad say, “Be strong. Remember the refugee children. Be strong like the refugees.” I nearly laughed my ass off, but I kept it in check. I guess for them, that’s the new “there are starving children in China, you know!”

After remembering to “be strong like the refugees,” I completely calmed down. I still sent a letter to my local council office and to the general manager of LA Sanitation, but that’s only because they need to fix their shit. And if no one ever alerts them to their screw-ups, well…

When I was completely calm and ready to deal with the rest of my morning, I went outside to sweep leaves. Not only did it need to be done, I also thought the task might prove meditative. I walked out the side door and there it was: our original trash bin. It had been returned. I wheeled it into the yard, finished my chore with the leaves, then went inside to send a follow-up email to all the people I’d had it out with earlier. I thanked whoever got the job done and allowed that as far as I was concerned, the matter was resolved.

So the squeaky wheel gets the grease after all. Okay. I’m not too keen on having to have squeaked in the first place, but sometimes you’ve gotta make some noise. I hope I never have to deal with LA Sanitation again. That’s the truth. But if I do, at least I’ll know who to send my complaints to. Dag.