Today my doctor looked at my hand and said, “That’s infected.” Then he asked when my last course of antibiotics had ended. I told him: yesterday morning. He shook his head and said he was sorry, but I was going to have to start another round.

This has been a rough couple of weeks. Eleven days ago I was bitten by a dog. That sent me to urgent care for a tetanus booster and antibiotics. Yesterday I was bitten again – on my hand and on my forearm. I very much want to avoid a third encounter.

Mister and I have taken in a rescue pup and I must confess my heart is definitely involved. The Kirb (Kirby) comes with a mismatched set of luggage and I don’t know where he’s been or what he’s carrying around. That makes it difficult to know how to deal with his issues. So we’re just trying to provide him with the basics right now: food, water, walks. We have a great resource in the trainer/foster who cared for him since he landed at the rescue. The trainer is really good about being in touch and he answers all our questions, advises us and seems to be a swell guy. He knows a lot about dogs. We don’t know squat. Less than squat, actually.

So how did we get here? For years I have wanted a dog. I don’t really know why. I just have. As dog cooties give Mister the wheezes, I’ve kept my dog dream on the back burner. But I’ve looked at dogs online and I’ve read up on breeds. At some point we decided to give it a try. So I started searching in earnest. Then Kirby became available. We applied and were approved by the rescue. After two meetings to determine if the dog accepted us, we brought him home. That was three weeks ago.

In between bites, The Kirb suffered a wasp / bee sting and I had to get him to the pet hospital to find out why he was howling as if he were dying. At the time we had no idea what had happened to him. We only knew something was very wrong. As I drove him to the clinic, I was at a complete loss as to how to comfort him. I did the only thing I know. I sang. In soft, lilting tones, I repeated, “I’m getting you there. I’m getting you there. I’m getting you there.” In the rearview mirror I could see him lying in his crate. He had stopped crying and was holding his paw up in the air. It about broke my heart. After the doc found and removed the stinger and gave Kirby an antihistamine shot, the little guy was fine. By the end of the day I felt the experience had scarred me more than it scarred his small paw.

As you might imagine, my emotions have done a real number on me over the last eleven days. I’ve laughed. I’ve cried. I’ve been depressed. I’ve felt like a failure. I’ve been elated with love. I’ve been afraid. I’ve been sad. My heart has ached, as have my injuries.

So. Antibiotics. Again. I would like to tell you I know how this story will end. But I don’t. I haven’t given up, but I don’t know if Kirby wants to keep trying. Maybe he’s figured out something I haven’t. Maybe he knows whether or not he fits in here. Maybe he knows more. About everything. 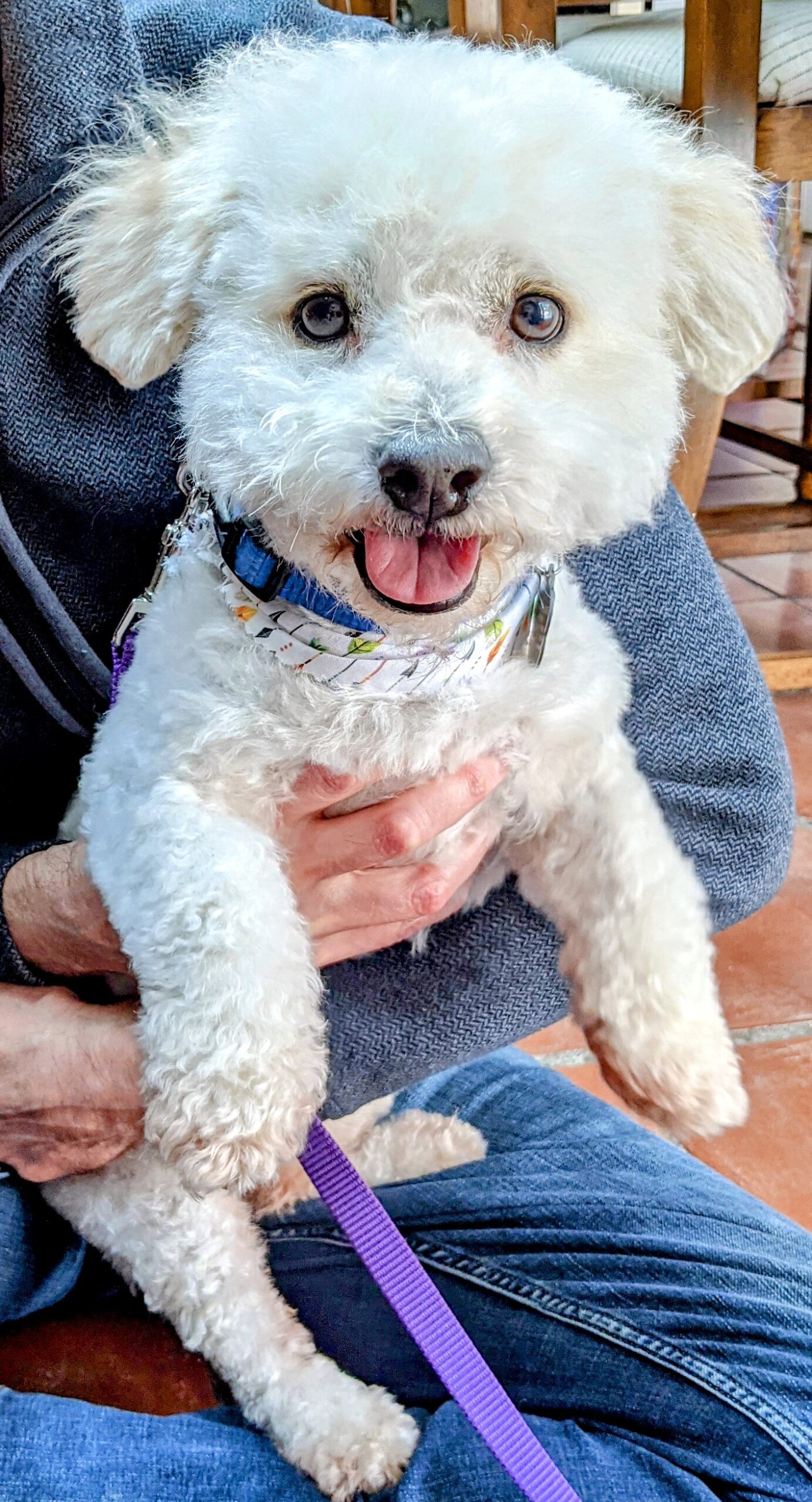