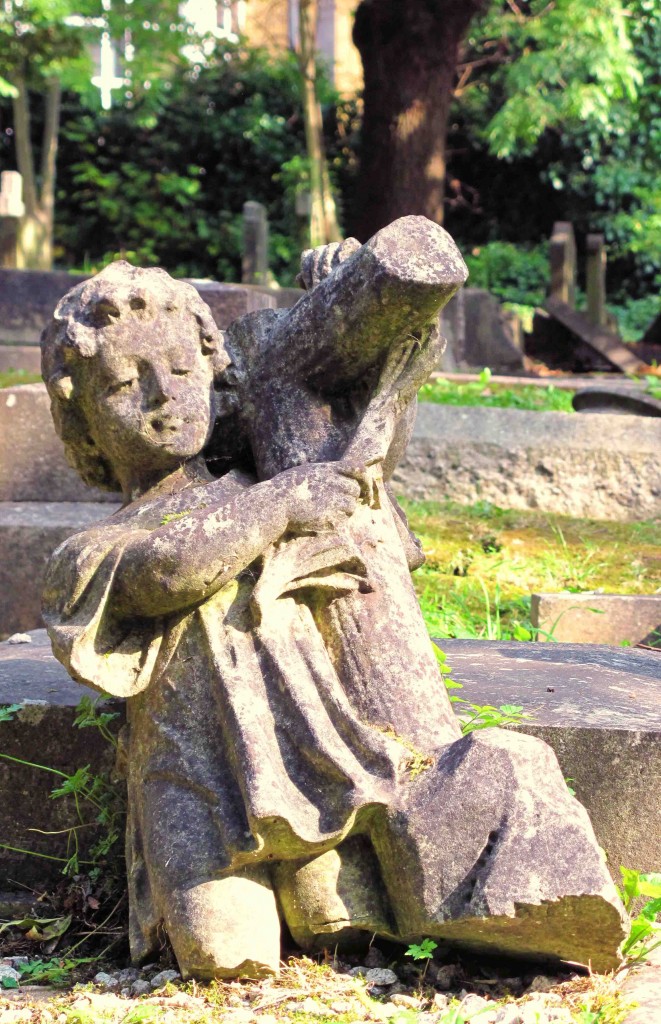 Late Wednesday night I got word that my former neighbor – Marcia – had passed away. Mister and I rented a little house next to hers when we first moved to California, many years ago. They say Good Fences Make Good Neighbors. I guess we must have had a pretty good fence, because we definitely found ourselves with good neighbors.

It’s funny. I was just thinking about Marcia a few days ago, after I spotted a bumper sticker referencing a particular California coastal town. Marcia and her husband used to have a get-away place there and I remembered how much they loved it. The timing of seeing that bumper sticker and then hearing of Marcia’s passing seemed odd to me. And it got me wondering about Marcia and whether or not I’d known her at all…

I remember she loved “Tweety Bird.” I don’t remember why, but I know that was perhaps her favorite animated character. She was also an avid bowler. On a team and everything. I loved that about her, because I flippin’ love bowling. And I was jealous that she bowled every week.

Just thinking of her throwing her head back in laughter makes me laugh. It was so raw and true. She once showed me one of her wedding photos. In it, her head was back and she was caught laughing. It was gorgeous. On the flip side of that, she could be downright gruff when she was upset or didn’t like something. Those moments, too, were raw and true. I liked that about her, also.

The lady loved Barbra Streisand. It was Marcia’s appreciation for Babs that led me to give Ms. Streisand a chance. And while I’m not a devotee or anything, I do respect the technique and talent of Streisand, whereas I wasn’t much of a fan before. Marcia changed that.

I remember one day she knocked on our door and asked if I wanted to go to “Stateline” (Primm, Nevada) for a day of gambling with her and her daughter. The best answer I could muster was “why not,” so the three of us climbed into Marcia’s little Honda and we took off. Only Marcia wasn’t taking the main highways. She took back roads. With a lead foot. It was one of the weirdest, funnest days I’ve known. And the whole thing was on a whim.

Marcia’s potato salad was about my favorite in the world. That’s a big statement, too, as I love, love, love potato salad. After having hers and realizing I needed it in my life, I went to her and asked for her recipe. She sat me down and talked her way through it as I frantically scribbled every word. To this day, when I make potato salad, it is Marcia’s recipe I use. Every time.

Immediately after the Northridge earthquake, Marcia and her husband came to check on us and asked us to come over to their house to ride out some of the aftershocks. Mister and I were doing well to simply have shoes on our feet, so when we got inside their house and saw Marcia sweeping up the few remaining remnants of what had been broken, having already tidied the entire house, I was in awe. Not only that, she and her husband had a generator going so there were lights and coffee and television and all the comforts of their home. It was our first big earthquake, so we were pretty messed up. Marcia and her husband not only kept us sane, they also took care of us.

The woman knew how to grow roses, y’all. She just had a touch. I tried to learn from her, and Lord knows she tried to teach me. But that was her gift, not mine. So I just watched and marveled.

Marcia once told me her father’s last name (and therefore her maiden name) had been Lamb. She then told me her mother’s maiden name had been Garlic. I don’t know if she was just pulling my leg or not, but I’ve always believed that story.

Marcia could screw up a movie’s title better than anyone I’ve ever known. I remember her asking if I’d seen “that Kevin Spacey movie – ‘The Regular Line-up'” and me wondering what the heck she was talking about. When I realized she was referring to “The Usual Suspects” I had a good chuckle and chalked it up to a Marcia-ism of the highest order. I used to love it when she’d get a movie title wrong. Her abilities on that front were astounding.

The back door of that little house we rented was actually on the side, just off the kitchen. Marcia’s back door was situated similarly, facing ours. She and I would sit on our respective stoops and talk all the danged time. More than once I found myself out there, talking about life with Marcia, only to realize hours had passed. Each time I thought it had merely been minutes. But that was one of the great things about Marcia. We did talk. A lot. And I truly enjoyed our conversations. We were very different people with very different lives and yet we got along. We broke bread together. We laughed together. We even cried together. And I liked her. I guess I knew more about her than I thought I did.

They say Good Fences Make Good Neighbors. In the case of Marcia and her husband, I think our fence was good because of our neighbors, and not the other way around. And while most of us don’t know very much about those living right next door, I’m grateful I did get to know my neighbors. I’m grateful they were kind enough to get to know me. And I’m very sad that the world has lost a sparkly-eyed, funny gardener who could bowl. They just don’t make ’em like that anymore.