Sometimes when I’m talking food with folks, people ask why I’m willing to make the trek to Glendale, CA for fresh fish. I tell them “Fish King” is my go-to store for all foods fin. When I’ve taken food dorks with me to the shop, they’ve gotten it. Those folks never again question my loyalty.

Last Friday I headed to “Fish King” for something new-to-my-kitchen: oysters. I am a big fan of the humble bi-valve, be it raw or cooked. And while I’ve made Oyster Stew many, many times, I had never once shucked an oyster in my own home. So I watched videos and read tutorials. By the time I got to the monger on Friday, I was ready. Except for owning an oyster knife, that is. But I planned to go shopping for that after acquiring the oysters. 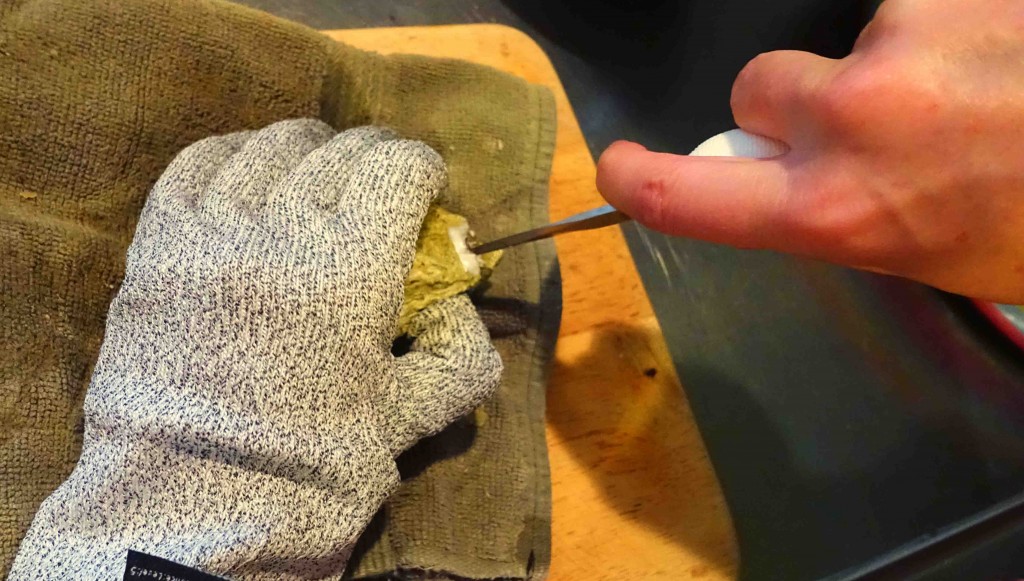 Anyhoo, as I watched the dude pick out a dozen beautiful oysters for my order at “Fish King,” I asked if he had a recommendation as to where I could get myself an oyster knife. He said, “What about here?” He then reached behind the counter and pulled out a knife and I said, “Yes!”

Then he asked if I’d ever shucked an oyster before. I told him about my prep work and he said that wasn’t good enough. He told me to come around the counter for a live demo. The dude showed me how easy the process can be then offered the freshly shucked oyster to me. “Breakfast of champions,” I said, then slurped the briny goodness down. I headed home with all my treasures and went about my day. 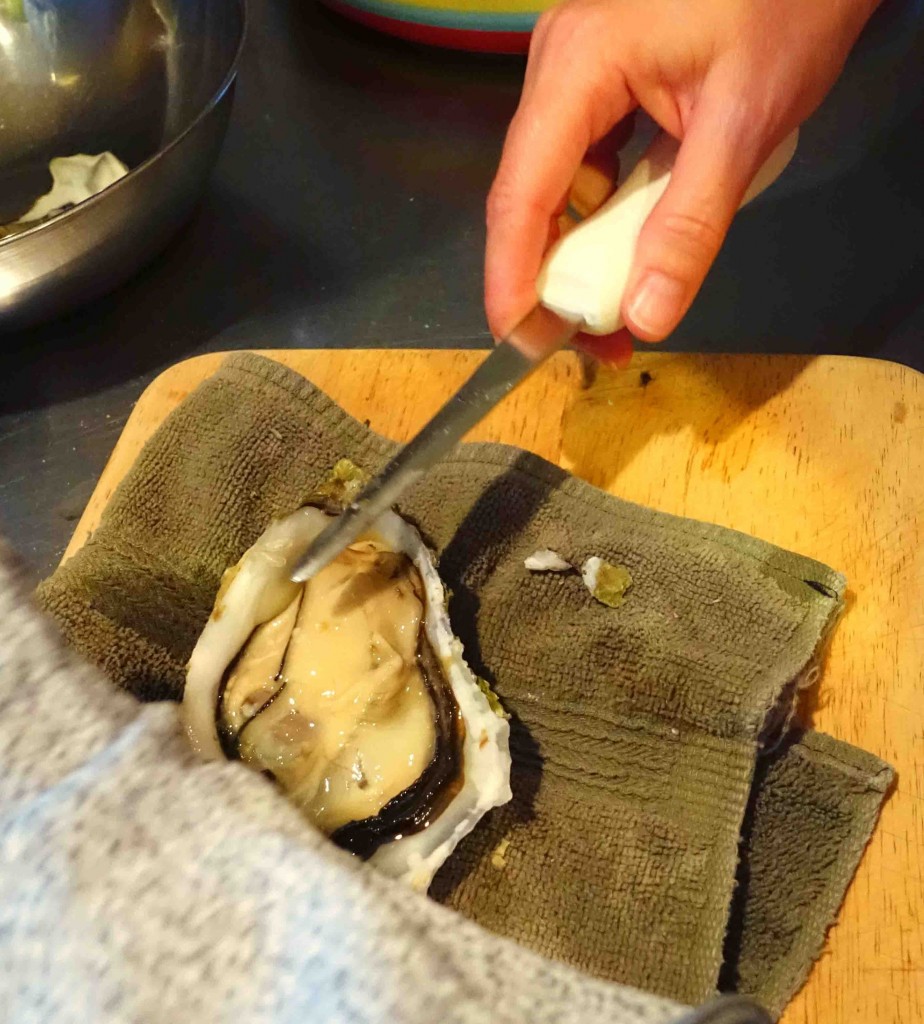 That night, I pulled out my kevlar glove and an old kitchen towel. Safety, y’all. I got  my cleaned oysters out of the fridge and unpacked my new oyster knife. Mister and I worked together to shuck the beauties and then we got them ready for serving. To ourselves. As you can see, we like our food to be pretty… 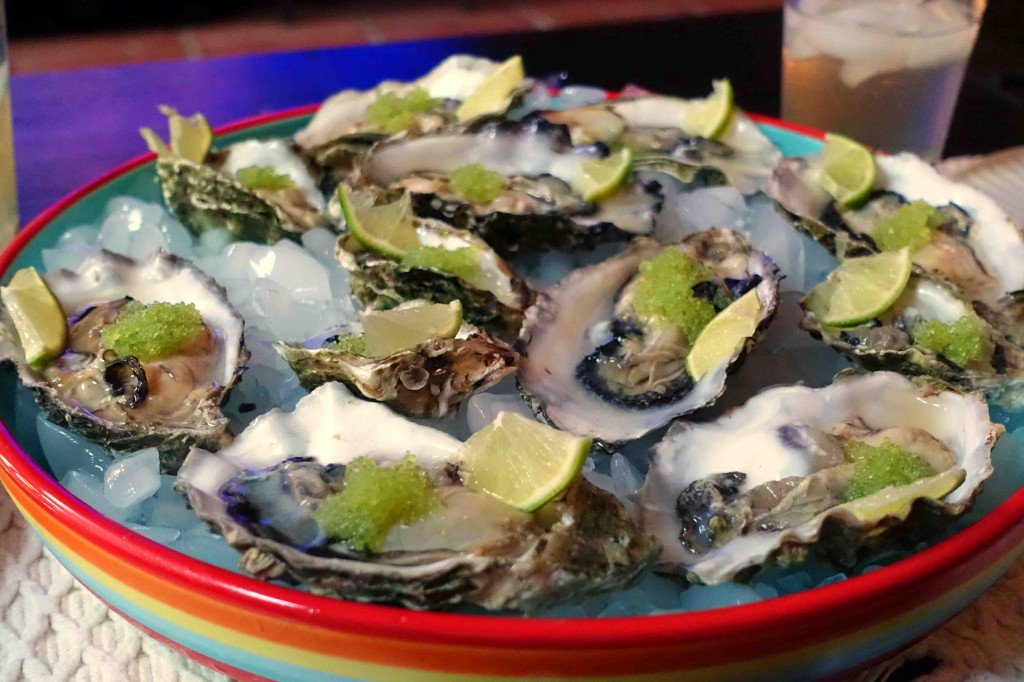 For the record, we used the Use Real Butter chick’s recipe and it was pretty danged yummy. As an oyster fan, I appreciated the change of pace. And the oysters really were beautiful. But I have to say that if given my druthers, I’d prefer to order raw oysters out (versus making them in). The work and the cost simply didn’t make it worth my while. But never say never, as I may very well slurp some oysters in my own home in the near future. So fresh! So yummy! And no designated driver required! Y’all do know cocktails were involved, right? Word.