For My Next Business…

Mikki BriskMay 26, 2013Food Life Los AngelesLeave a Comment on For My Next Business… 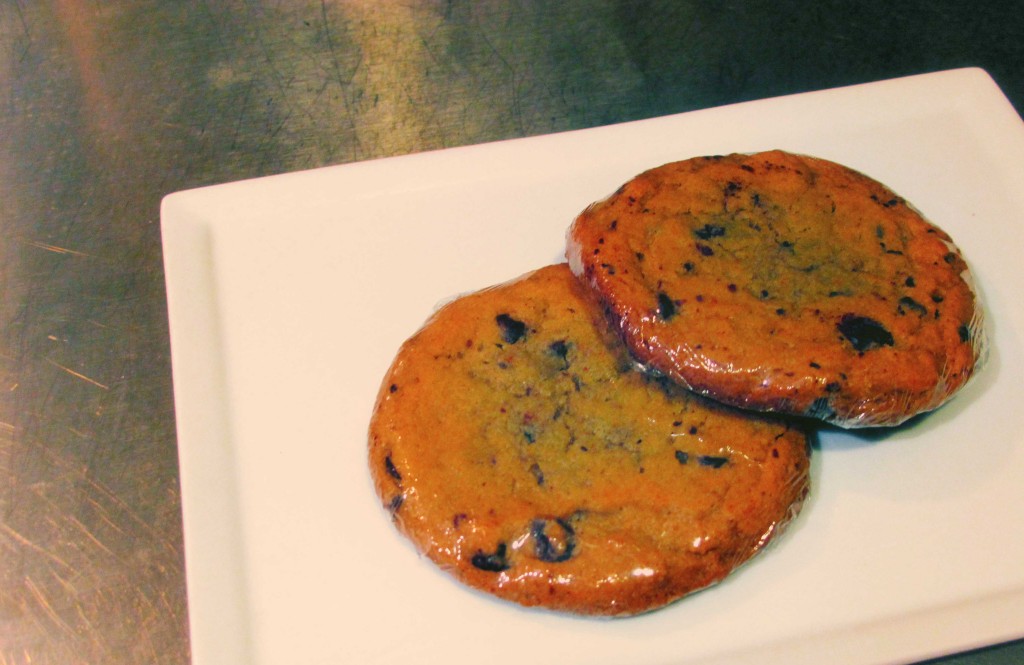 The other day there was a knock at my front door. When I opened it, I found a young boy with a box in his hands. He immediately began his memorized spiel, and I dreaded having to tell him no.

You see, here in Los Angeles, there is a large contingency of organized, well, scammers. They send kids (and adults) out with the sole purpose of soliciting money for whatever their illicit schemes might be. That’s not what we’re told, mind you. We’re told they’re raising money for some charity or another, and don’t we want to help? For years, I thought that at least the kids were legit. Then I learned otherwise, and have since even witnessed the mass transportation devoted to stationing these “workers” throughout the city. It bothers me that this is allowed to go on, but that’s a bit of life for you.

Anyhoo, just as I was bracing to turn this kid away, he surprised me. He told me that this was his first business, and that by selling his home-baked goods he plans to start another business: he wants to buy a pastry food truck. He spoke of how he only sells his favorite cookies (chocolate chip) and they’re very, very good. Even though his speech was clearly memorized, he spoke professionally and excitedly. The kid couldn’t have been more than 9 years old. And he was so serious and lively. What could I do? I bought his danged cookies.

Eventually, his mom moseyed up to the front stoop and told me how her son had insisted on sitting in on a business proposal meeting, held and attended by his father (a chef). The lad was so inspired by all the ideas being bandied about, he started to formulate his own. He came up with the door-to-door cookie idea, and she supported him. The kid and his sister now bake the cookies (while mom oversees the operation), then mom takes them out to various neighborhoods around the city. She said she tries to expose them to diverse areas, so that they can interact with a variety of people and cultures. They’ve been at this for about 4 months now, and she proudly told me how her kids are saving most of the money they make.

I told the young man I was impressed by his initiative and his enthusiasm. I told his mother how lovely it was to see her support in action. I shook their hands and they moved down the block, with the energy of folks just starting their work day at their dream job.

I’ll tell ya – a lot of kids leave me weeping for the future. But that young boy gave me hope. I’m keeping my eye out for that pastry food truck.

And whatever his next business may be after that.