We Are Old Enough to Remember

Mikki BriskJuly 20, 2020Childhood Life3 Comments on We Are Old Enough to Remember

When I was a kid growing up in Georgia, we had various drills throughout the school year. They were planned and we always knew they were coming. On a given day, our teachers would tell us we would need to be ready when the school’s alarm rang out, signaling the start of the enactment. There were fire drills – where we would line up in our classrooms and file out of the building in an orderly manner, walking until we reached a designated space outside the school. There were tornado drills – where we were told to open the windows of whatever classroom we were in at the time, then move in that oh-so-important orderly manner into the interior hallways to huddle on the floor. This was Georgia, so we didn’t have earthquake drills. This was also a time before daily mass shootings, so we didn’t have those drills either. But we did have one other type of drill and it occurred at least once a year throughout my childhood: War Drills.

Of all the types of disaster training I received as a child, War Drills were the most terrifying. We lived with the daily threat of nuclear war with what was then the USSR – today’s Russia. It was something we heard our parents talking about, a topic on the nightly news. It was something our teachers discussed from time to time, letting us know how much better off we were in the United States. It was something preached about to church-goers, as those poor Soviets didn’t have Jesus on their side and their souls were surely lost. (I’m not kidding – I actually remember some of the crazy stuff I heard in church as a child.) I’m not saying I spent my childhood days wrapped up in fear and anxiety over the possibility of annihilation at the hands of the Soviets, but it was always there, in the back of my mind. So on those designated War Drill days, when the school bell starting ringing and didn’t stop, I was actually afraid. As instructed, I climbed underneath my desk and pulled my knees close and held myself, waiting for it to be over. For many years, I thought war meant exploding bombs – loud and destructive but nothing more. By the time I had a super-basic understanding of Nuclear Bombs, hiding underneath my desk brought no comfort whatsoever. And when “The Day After” aired and a hundred million of us watched, I actually lost sleep. I had always been afraid of those drills. Seeing that movie embedded the fear into my very fiber. I’m sorry to say it has never left me.

I am old enough to remember the Russian threat of my childhood. Folks from the generation before me – our parents – are old enough to remember as well. So when we learn about Russian interference in our US elections, fear is triggered. At the very least, we should have our guard up. When we learn about covert federal “police” snatching citizens from the streets of our cities, thoughts of the KGB or the Gestapo arise. And rightfully so, for these horrible actions are straight out of those atrocious handbooks. Such behavior was deplorable under the Soviet and German regimes, and it is even more deplorable now. Why? Because we are old enough to remember.

I don’t know why so many of our citizens are choosing to accept the unconstitutional actions of this government administration. I don’t know why the collective we have decided humanity doesn’t include all humans. I don’t know why so many Americans pray to a god that surely weeps for their lack of empathy or caring. But that is exactly where we find ourselves, how we find ourselves behaving. We claim to stand on moral high ground when we’re really knee-deep in muck and mire. We profess a love for our country, when our actions and votes work toward destroying it. We tell ourselves that we are good and decent, even as we act as evil regimes historically behaved in other countries.

Recently my friend Feeny told me about a conversation she had with someone she’s known for decades. This person told my friend she was tired of the Black Lives Matter protests around the United States and she hoped they would just be over soon. Feeny was struggling with this because she thought she knew this person, that her friend possessed a broad mind and heart. Feeny asked me how I would have handled the conversation. Would I have blasted the person for being closed-minded? Would I end my friendship with her? I told my sweet friend that I wasn’t sure, but that if someone said to me that they were tired of the protests, I think I would say, “You’re tired of something that’s gone on for mere weeks? Imagine how tiring it must be for every single black person in America (and beyond) to live with racism since birth.” Then I told Feeny she would have to weigh – in her own heart – whether or not that friendship was worth keeping.

Racism in my country is so widespread, I can’t even get a grasp on it. Having grown up with and around racism, I’m not unaware of it the way some folks seem to be. But I am surprised when someone I know says something unsettling, much as Feeny’s friend did. When someone I know says “All lives matter,” I try to explain to that person why that’s so ugly. I don’t always succeed though, because those speakers are usually the first and loudest to exclaim, “But I’m not racist!” They are also the least likely to spend even a moment on introspection. And that is why their racist behavior will continue. If a person isn’t even willing to consider their own thinking and actions, how will that person ever evolve? Short answer – they won’t.

As for me, I’m praying the protesters find the strength and the will to keep going. I pray their message is not just echoed, but embraced and more importantly – understood. I cry bittersweet tears for their perseverance, their unity, their humanity. The pandemic keeps me from physically joining them, but it does not keep me from supporting the cause. Efforts from home and prayers continue.

I wish I knew my country was going to be okay. But I don’t know that. Too many of us seem to accept the dismantling from within of our democracy. Too many of us approve of a heinous, small-minded figurehead, one that serves only himself. Too many of us refuse to even acknowledge that we contribute to and perpetuate racism. Too many of us turn a blind eye to outside forces, determined to damage the course of our history. All of that is heartbreaking. Because really – we are old enough to remember. If only we would. 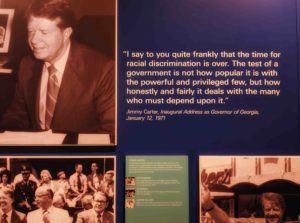 3 thoughts on “We Are Old Enough to Remember”