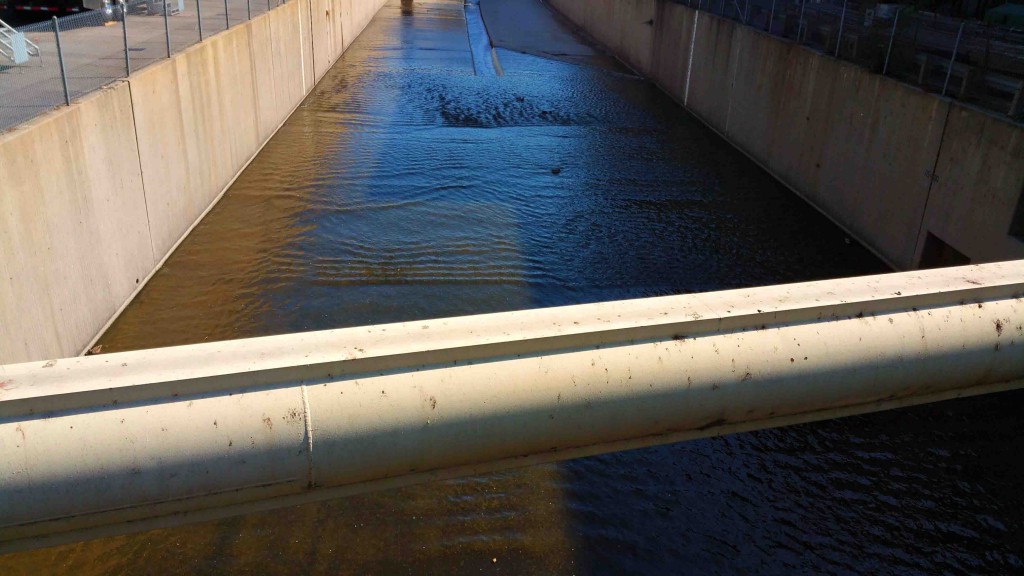 The other day I was out walking and crossed the L.A. River. Now I’ve crossed that section of drainage time and time again, and never noticed the giant pipe spanning the area. When I did see it, it immediately took me back to being a small child in Barnesville, GA. And once my mind started down that path, I began digging on the interwebs. Y’all – I learned plenty.

When I was in the first grade in Barnesville, my best friend lived two houses down and her name was Lisa Haire. Lisa was a year or two older than me and worldly. She was the youngest of four kids and that meant she was exposed to much more life than I. Not only that, but her mother was C-O-O-L. Miss Haire was this happening lady. She looked cool. She was laid-back cool. Even her food was cool. She introduced me to anchovies on pizza, for cry-eye. That was, for this small-town Georgia girl, revolutionary! It also caused quite a stir at my house when I spoke of the matter. I was told, “We do not eat anchovies on pizza in this house.”

Anyhoo – behind our houses was a beautiful, wild creek. Lisa and I used to hang out there and play. We’d swim in the deepest part (waist-high) and search for critters. The crawfish were fascinating and fun. We had to put our heads underwater to watch them beneath an overhang. The old albino catfish, the one we named “Gepetto,” was beautiful and in time he allowed us to rub his belly. The occasional snake was none-too-welcome by me, but they never seemed to bother Lisa. And when we’d sit on tree roots that extended out from the bank, high above the creek below, we’d look for fairies in the grass and weeds. Remember – I was all of six years old.

A ways down from both our houses, a giant pipe extended across the creek to the other side. Now – unlike the pipe I saw the other day in L.A., the old Georgia pipe did not have a flat part running across its top. It was just round, and it was about fifteen feet above the creek below. Lisa and I would cross that thing whenever we wandered down that far. We were careful, and I don’t remember either of us ever falling. I do remember some mean boys from the other side of the creek coming after us one day. Lisa and I had crossed the pipe and were wandering around the other side. That area was mostly backyards and woods, and I guess those boys claimed that territory as their own. When Lisa and I were spotted on the wrong side of the creek, the boys decided to run us off. As we huffed and puffed toward that pipe, I remember one of the boys saying something about how they had us. But they didn’t know we were brave. They didn’t know we trusted that pipe and ourselves. With Lisa leading and me a few steps behind, we got across as quickly as we could and left the mean boys on the other side of the creek. They were too afraid to cross over.

After remembering and thinking about all this and be-bopping on my laptop, I happened upon an obituary for Miss Haire. She passed away earlier this year. Reading through that obituary, I was reminded of having known Miss Haire and her family. I also learned a few things about Miss Haire herself, things I never knew. Like how she had been active in the US Air Force and had been stationed in occupied Japan. And how she had worked at the Warner Robins Air Force base until she retired at the age of 80. I certainly never knew she’d graduated Magna Cum Laude from Tift College, with a degree in English and Journalism. As it turns out, I really knew nothing about Miss Haire. To me, she was my friend’s mama. And she was nice. I suppose for a six-year-old child, that was enough.

Now that I’ve taken notice of the big pipe spanning the L.A. River, I’ll be sure to look at it every time I pass. I’m guessing I’ll also remember – each and every time – my friend Lisa, and her sweet mother, Miss Haire.