“Now first it wasn’t easy –
Changin’ Rock and Roll and minds. And things were getting shaky.
I thought I’d have to leave it behind.
But now it’s so much better (it’s so much better).
I’m funking out in every way.
But I’ll never lose that feelin’ (no I won’t)
Of how I learned my lesson that day…” 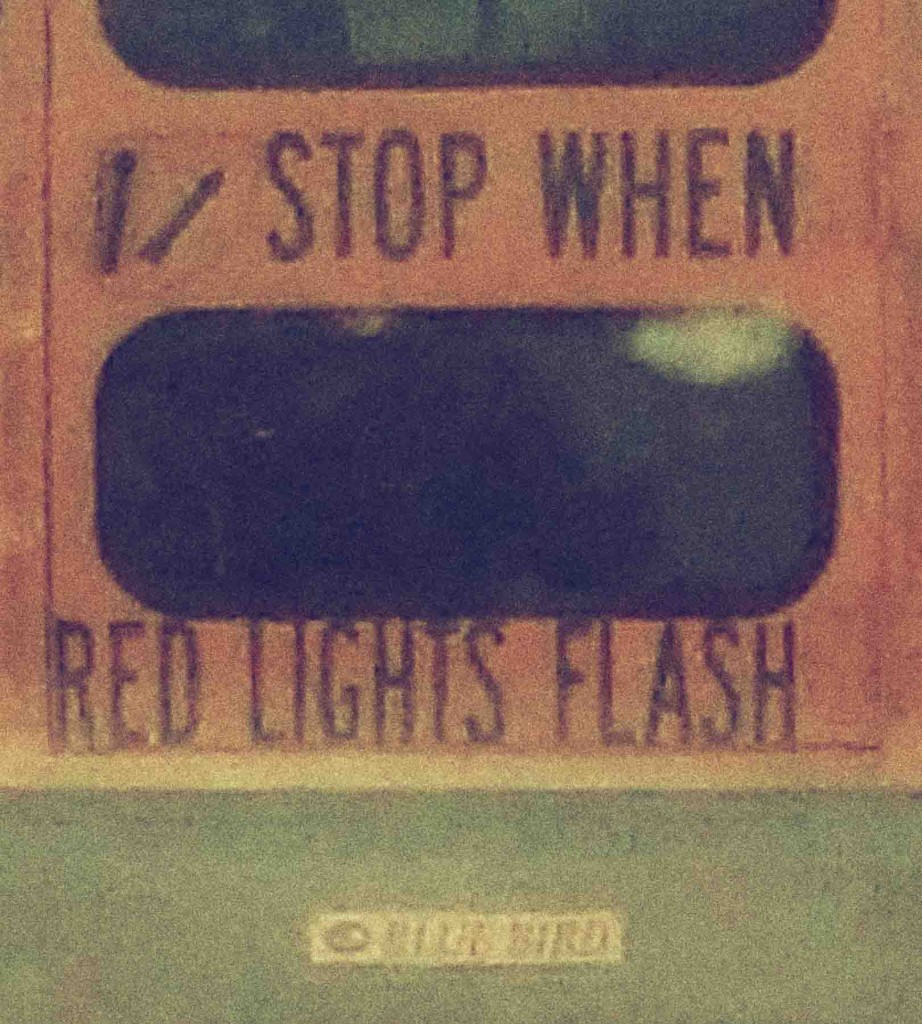 This was how it went until some brave kid yelled over the rattling of the old Blue Bird bus engine, “Floyd? Play it for us!”

I was 9 years old, living in Barnesville, GA – The Buggy Capital of The South. My family moved around a lot when I was growing up, but had somehow managed to stay in the same little house on Westchester Drive for a couple of years. It was a fairly average street, but our yard was on the less-than-average side, if you know what I mean. Where others had mown grass, we had knee-high weeds. Where others had trimmed shrubbery, we had unruly, web-laden, unidentifiable flora. My father had gotten himself a dangerous bulldog and needed to enclose the back and side yards to keep “Brutus” from attacking random strangers, so he erected a ragged, leaning chicken-wire fence that protected the neighborhood (but not us kids), and that poor fence was visible from the street. I had done my part to junk up the yard, too: I found an old two-by-four at an abandoned construction site and dragged it home to practice my Nadia Comaneci gymnastics moves. I put it in the yard, next to the driveway where, for all I know, it’s residing still. We were definitely what you’d call “white trash,” though my parents would have slapped me cross-eyed had I said that out loud, for they fiercely denied our lack of social graces. Looking back, I’m sure our neighbors despised what our house did to their property values. But that meant nothing to me. I didn’t know we were trashy. I was just a kid. And for most of the year, my primary occupation was going to school and not giving a flying fig-newton about real estate.

Back then, the school bus serving our side of town was driven by Floyd. He was a bearded, doughy man, sleight in height, with skin as dark as night. I’m not sure, but I seem to recall Floyd having an earring or two. I also remember him being even-tempered and smiling – a lot. Floyd seemed happy! That alone made him likable, but there was more. I don’t know if other bus drivers had taken the same liberties as Floyd, but he had tricked out good old bus number 2. There were a few appealing pictures taped to the front walls, near the driver’s seat. There was also red ball-fringe trim strung around the tops of the front windshield and the driver’s side window. Because we were innocent little things, we called that fringe “dingle-berries” and never thought anything of it. But I digress. Floyd had not merely made bus number 2 easy on the eyes; he had also installed an 8-track player and speakers. And we kids loved it.

When we were behaving, Floyd would play music during the bus rides to and from school. He had a small collection of 8-tracks that he kept by his seat, and we were fairly content to listen to whatever he chose to play. But collectively, we kids had a favorite, and when Floyd was feeling generous, or just wanted to throw us a bone, he’d pop in and play the one song that really got the whole bus reeling: Wild Cherry’s “Play That Funky Music.”

Floyd didn’t indulge us every day. But once or twice a week, he’d give in and we ate it up. I don’t remember any fights taking place on bus number 2, but I suppose it happened once in a while. For the most part, I think we were fairly behaved. We respected Floyd. He was a nice bus driver. And for his part, he seemed to respect us, too. Kids don’t always get respect from adults, and that’s a shame. In situations of mutual respect, there’s little need or desire to act out.

At some point, my family returned to its habit of uprooting and we left that county. It was heartbreaking for me. My friends, my teachers – I had to leave them all behind. I cried openly about that with friends. And believe it or not, even some of my teachers cried when I told them I wouldn’t be back. I can still see their faces. Those people made a difference in who I am. They mattered to me.

I never told Floyd I wouldn’t be back. I thought about it, but I just didn’t. I figured he wouldn’t notice, that I couldn’t possibly have brought anything to his life during those morning and afternoon bus rides. And when I looked at all he’d given me – joy, laughter, music, kindness – there was just no way I measured up. That’s how the kid-me thought about it anyway.

I will never again see Floyd the bus driver. Most of the old Blue Birds are out of commission, replaced with some new-fangled, safer buses, so those aren’t easy to come by either. But every now and then I hear the first notes of that Wild Cherry song. And each time, without fail, I am 9 years old, about 3 rows back on bus number 2, singing with all the other poor kids in my county. We are a mighty chorus! We are happy! We are alive!

And God help me, I still love red dingle-berries.