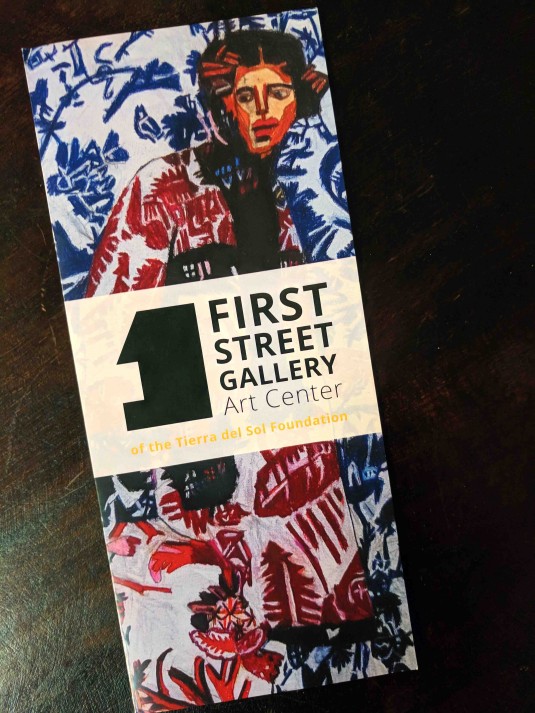 This post is in honor of “Giving Tuesday.” Sort of, which I’ll explain in a moment. Anyhoo – this day is pretty cool, as it’s all about giving back (instead of consumer-ing the shit out of a bunch of stuff we may not actually need). This marks the 6th year of Giving Tuesday (started in New York by some fine folks at the 92nd Street Y) and it has become a global opportunity to make a difference, instead of merely shopping. It is held on the first Tuesday after American Thanksgiving, Black Friday and Cyber Monday – 28 November of this year. The point, as I understand it, is to donate to a worthy cause and help the world in the process. Every little bit counts, and as most of us have something we care about, if not a few things, we get to make a difference by supporting those whose work is all about making a difference. In other words, even if I only give a couple of dollars to a charity I respect, it will be added to someone else’s couple of dollars, and will eventually pay for progress and positive change. That’s the idea anyway and I believe it.

But Giving Tuesday is only part of what I want to share. I recently toured First Street Gallery Art Center in Claremont, CA. The center is part of Tierra del Sol Foundation and I swear – they ought to call themselves Tierra del Soul! I had been told about First Street and had even read a bit online, but I was not prepared for the magnificence I witnessed during that tour. The short explanation is this: this center serves folks with physical and/or intellectual disabilities, by giving them creative space to create their own art. I believe there were 40 artists at work in the space that day – along with about 10 instructors –  and yet it was incredibly quiet. Everyone was focused on the art! And what art is was! I saw people working on paintings, sculpture, drawing, mixed media pieces and a bunch of other things I haven’t yet gotten my mind around. It was overwhelming, in the most beautiful way. 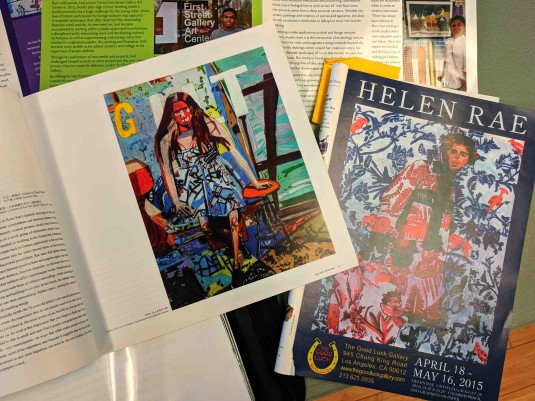 And it gets better! The artists at this fabulous center are good, y’all. They are encouraged to sell their works and they earn income from their sales. Lest you think the pieces are sold only from the center itself, let me tell you that some of the artists I met are getting gallery shows around the freaking globe. Helen Rae‘s work is highly collected and demands a pretty penny. I watched her working and was taken by how content she seemed. Here she was, in a room full of people, sharing table space with another artist, and yet she was fine. She had all the space she needed in order to create. I certainly took note of the situation and hope I remember what I saw, especially if I get all whiny about my own creative corner set-up. 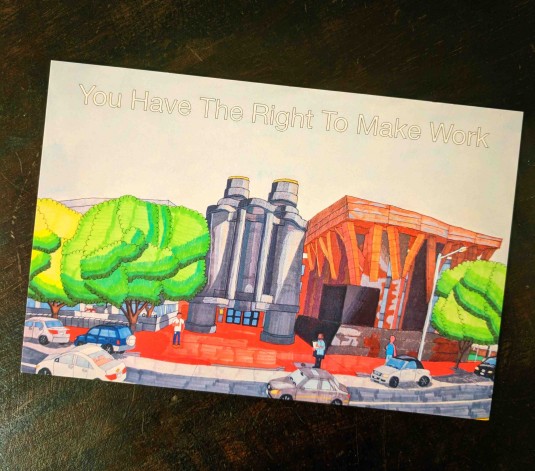 Another of the astounding artists I met was Joe Zaldivar. Joe was so smiley and industrious! I saw him working and can tell you this – the man is fast. He was free-handing every aspect of the work and I was blown away by the results. I can’t draw a straight line to save my life, but Joe sure can. His pieces are fun and detailed and they really make me happy. Joe is also in demand and showing his work around the world. It doesn’t surprise me, either, as I can’t be the only person who sees his pieces and smiles from the inside out. 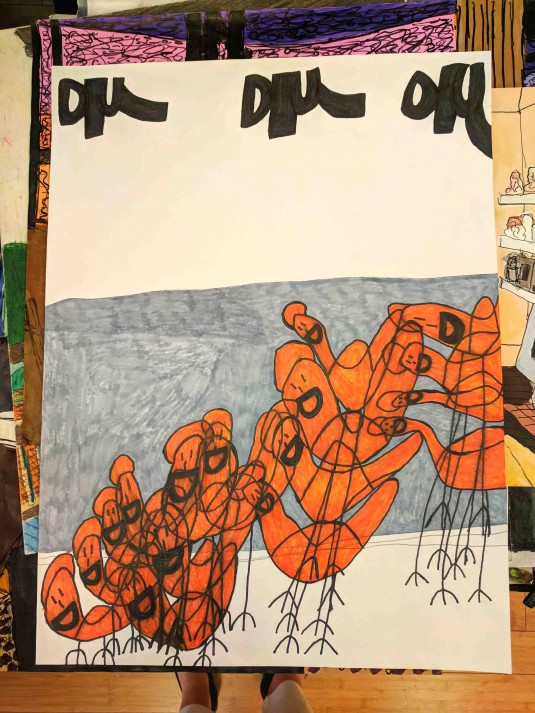 As the tour continued, I met artists who are creating characters for all sorts of ideas (animation projects, games) and I could barely keep the flies from coming in my mouth because I could barely lift my chin up from the floor. The work was that impressive. And so were the artists. I saw human beings being treated like human beings. The artists I met were confident and capable folks who were treated with respect. It was beautiful. I have to tell you – I felt there was well-deserved and healthy swagger in that room. I was in awe. Still am.

So here’s the deal. On this Giving Tuesday, I plan to send a little money to the fine folks at First Street Gallery Art Center. My contribution may only be a drop in the bucket, but as I recently told a friend, buckets are filled by drops. Every little bit, y’all. Every little bit. And I encourage you to honor the soulful intent behind Giving Tuesday and give to a cause that makes your heart smile. If you can give generously, great! If you can give a little, great! Because if you can give anything at all, you are blessed. It’s a wonderful thing – being blessed. It is greater still to know it.