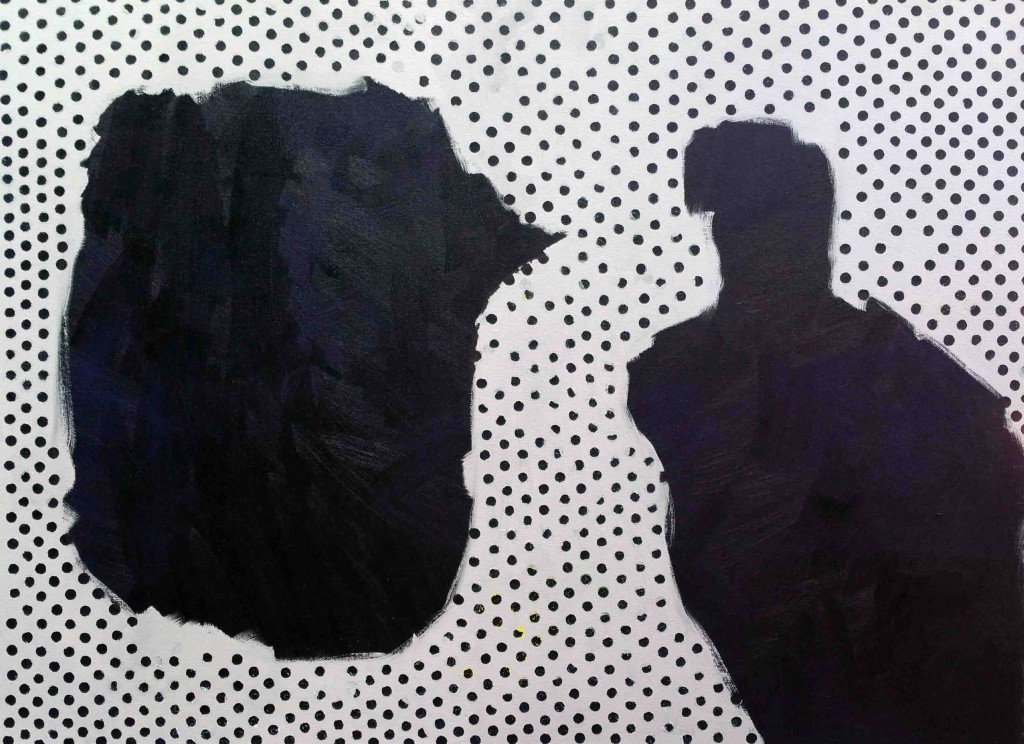 You may recall my sharing a previous painting and the processes involved. It was new to me and I had a great time with it. I had so much fun that I decided to work on another piece in the same vein. So I used my stickers and painted over them, to get the background finished first (just as I’d done before). Only this time, the painting wasn’t cooperating. The stickers were sliding around while I painted over them. Some simply fell off. But I felt like it was too late, as I’d already gotten ankle-deep in the process. So I kept going, thinking I’d figure out what to do about that problem when the time came.

The next step – once the overlay paint had dried – was to remove the stickers, leaving a dotted background. Okay. Only now the stickers weren’t coming off. They were so stuck to the canvas that I had to use a razor blade to get the danged thangs off, and I won’t even go into how banged up my fingers became during that step. Ugh!

But now the stickers have all been removed, leaving a less-than-desired effect. Not sure how I’ll tackle this part, but I can already see myself with a tiny brush, squinting and trying to “fix” most of those danged dots. Never let it be said that I’ve not suffered for my art. My fingers and eyes certainly have, and there doesn’t seem to be an end in sight.