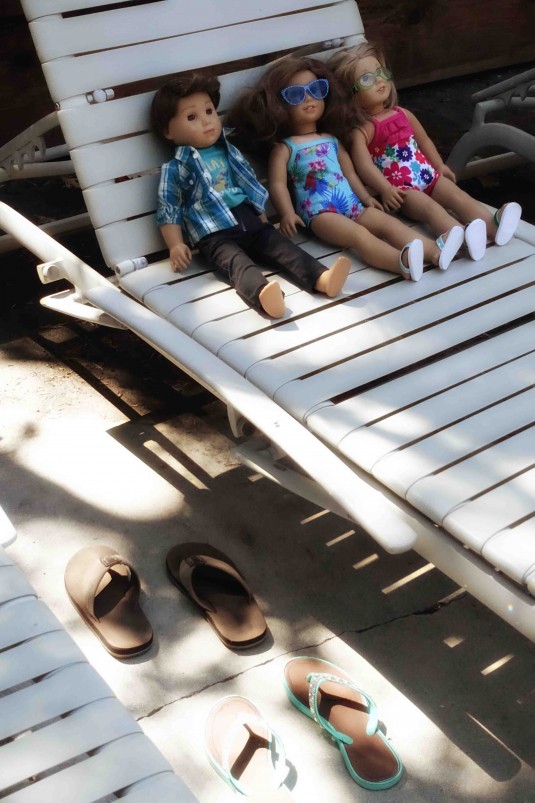 Mister and I recently watched “Marwencol” and it left me, well, fucked up.

For those who don’t know, this 2010 documentary is about Mark Hogancamp and the world he has created. He was just an ordinary dude until some assholes beat the crap out of him. After that, Hogancamp found he had lost his memory. It’s far more detrimental and detailed than I’m telling (so please go to the link above and read for yourself), but the documentary is quite lovely in explaining the story. It also gives the viewer an eye into the art Hogancamp is now known for making. There’s a new drama out currently (“Welcome to Marwen“), based on Hogancamp’s story, but I’ve not seen it. I got lucky. I was at a different fabulous documentary screening last month (“Kusama: Infinity“) and the director advised attendees to see “Marwencol” before seeing the dramatization. Boy was she right.

But back to the fucked-up part. “Marwencol” is amazing. The intersection of art, real life and fantasy shown in the film overwhelmed me. I want to say it was a good thing, but I’m not sure. I mean – it really rattled my brain, y’all. It led me to see that I don’t have much of a clue about the intersections of my own life. That even though I try to stay on my path, I am lost more often than I care to admit. That my path doesn’t come with a map. “Marwencol” hit me pretty hard. I’m working through the triggered feelings, but I think this might stay with me for a while.

In trying to ease my mind and soul along, I thought maybe I should take in some art, live and in-person. So I went to the Norton Simon Museum in Pasadena. I freaking love this place. It’s quite accessible and a gal can get through the displayed collection in one outing. I’ve been there a few times recently, and my affection for the place continues to grow. 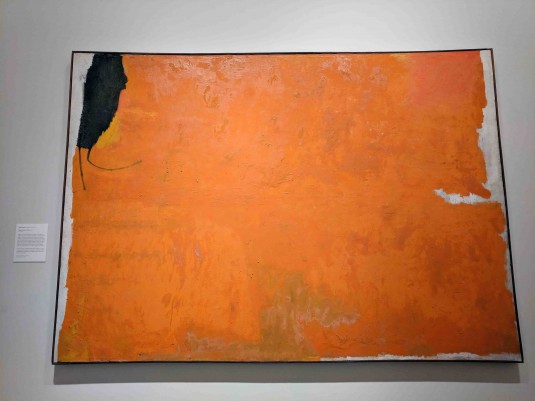 On this day, my soul fell into a painting and I needed to sit for a while. Hassel Smith’s “Tiptoe Down to Art” grabbed hold and I was done for. The colors seemed to hold me, warmly. The texture stroked my spirit. I spent a good twenty minutes studying this piece and I’m quite certain I still missed obvious aspects. I wish I could tell you why it moved me so, but I have no idea. It simply did. I smiled some, cried some. And when I stood to go, I looked over my shoulder, one last time. I may have to visit it again. 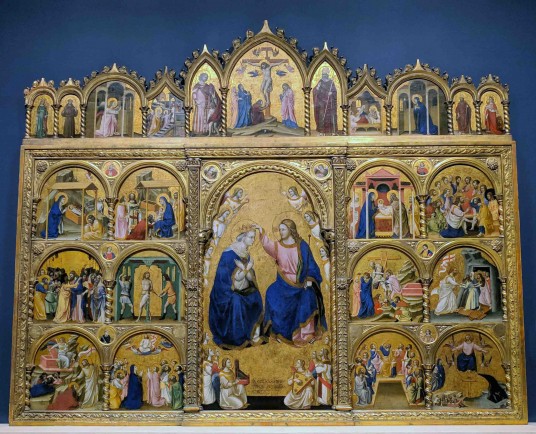 I was listening to music while walking around the museum, and when I got to Guariento di Arpo’s “Coronation of the Virgin Altarpiece,” I again found I needed to sit. This time it was Laura Cantrell’s fault. Her song – “Bees” – came through my ear buds and it zapped me. Though the song/album is dedicated to John Peel, I found it astounding how well-suited the lyrics were to the various panels of di Arpo’s work. My eyes moved over the piece, settling on a new aspect with each line of the song. At some point, I actually imagined Jesus missing bees. I’m not kidding. With the song’s final words, “My time is short now, I feel it coming, I’ll see you darling on the other side,” I looked up and saw Jesus on a cross and was awed by the meshing. I was in that shit and it was powerful. When the song ended, I took it as my cue to mosey. 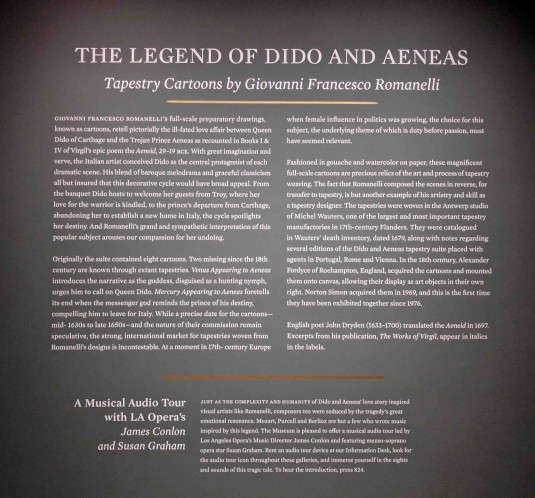 The exhibit was lovely. It had nothing to do with the music in my ears, but it made me smile. The gods enjoy a little humor from time to time. This time it was relatively banal, but it was appreciated just the same.

After a while, I walked out to the garden. I figured it was my last chance to get some clarity. I searched, but found none. 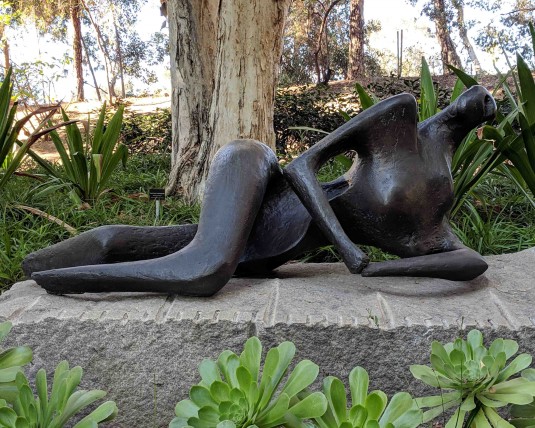 “Marwencol” really did a number on me. Good art is like that. Sometimes we are centered enough to understand its effects. Sometimes not. I’m feeling a mixture of both right now and may be dealing with the resonance for some time. There’s a lot of life swirling in my mind and in my soul. That’s just who I am. How I am. It’s true I don’t have a map. I often don’t have a clue. But I keep going. That’s also who I am, how I am. I can’t imagine being any other way.