This past weekend’s creative endeavor was pasta, in honor of World Pasta Day.

Mister and I decided to make a pumpkin-ricotta stuffing for ravioli and we got to rolling. And stuffing. And eventually – eating.

Here’s the straight dope: it was okay. The pasta could have been thinner. The ravioli could have been smaller. (The giant pumpkin-shaped cookie cutter we used was a bit too big.) Even the brown butter-sage-balsamico sauce could have been, well, something. 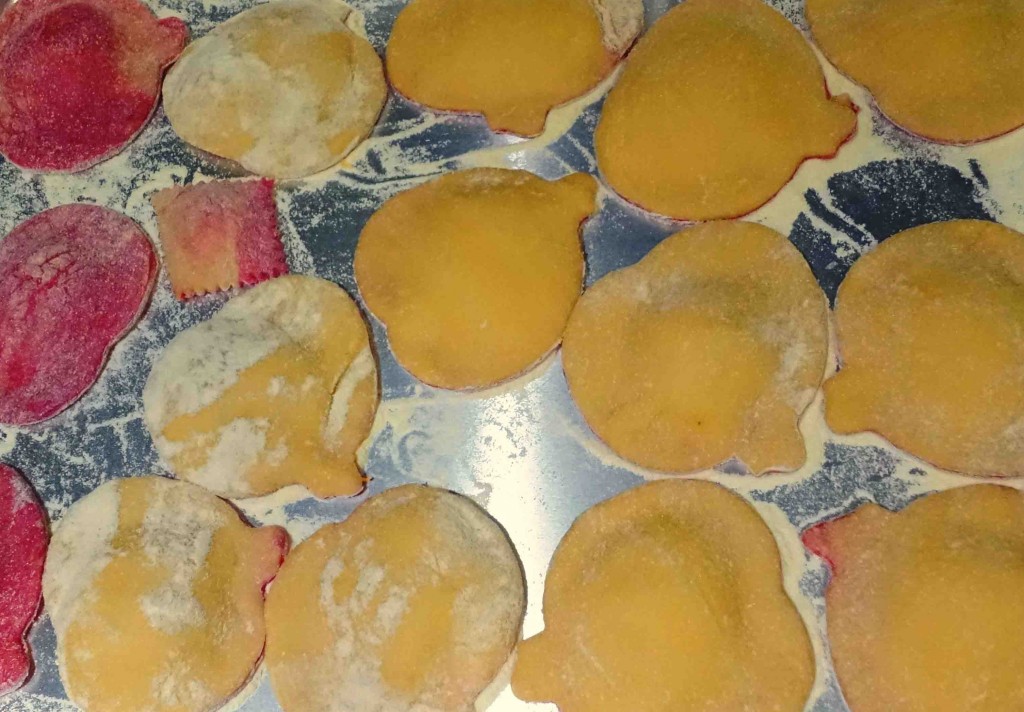 In the end, everything simply was what it was and that was that. It was a lot of effort for a so-so dinner. And the experience might have caused some to stick to store-bought. But we’re not giving up. We think we can make better pasta and we’ll keep at it. I mean, it’s food. And food can be marvelous, delicious art, right? Right.