So last year Mister and I got ourselves a Beer Advent Calendar and it was awesome. Full of German beers, the box yielded some mighty tasty libations. Not only that, the cans were really pretty. They were so pretty, in fact, that I didn’t want to throw them in the recycling bin. So I went to the sages of the interwebz and found a swell idea: Beer Can Ornaments! 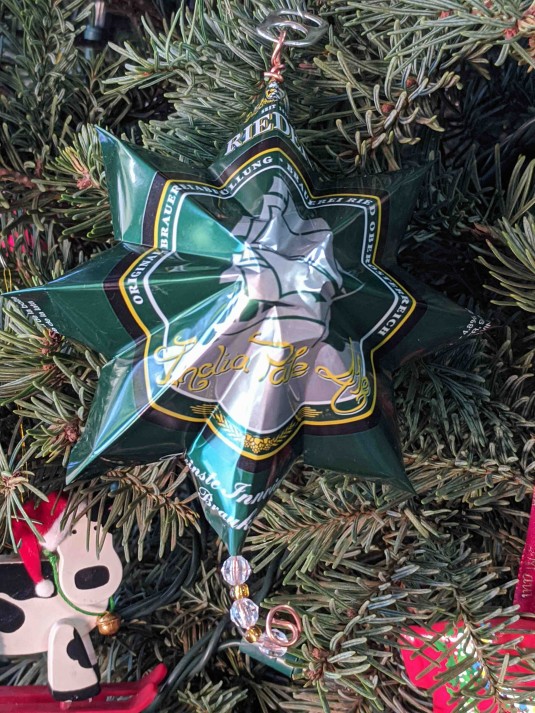 I have to say, I’m pretty happy with the results. And I managed to deal with all that cut aluminum without injuring myself even once! That’s a major plus for me, y’all. 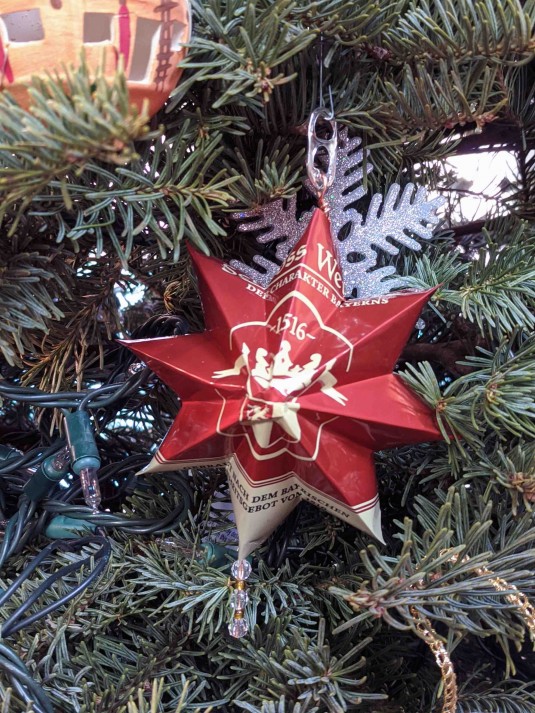 When I spotted this year’s Beer Advent Calendar on the shelves, I had no choice but to buy one. I mean, come on! 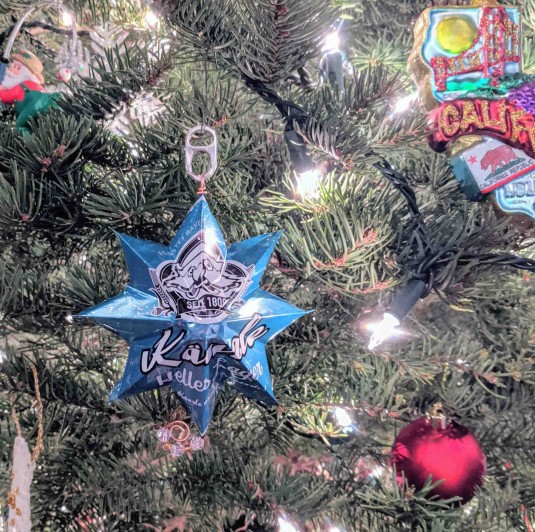 Even though a lot of the cans are repeats from last year, I plan on crafting the hell out of them after the holidays. I’ve already promised at least one ornament to a fellow beer-loving friend. Maybe a few others will be gifted with one. If they’re damned lucky, that is.