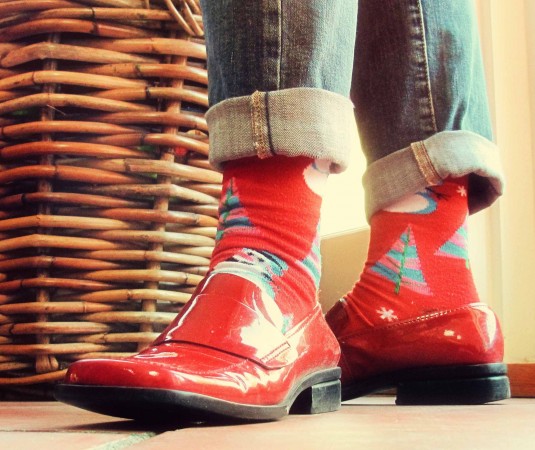 How the hell did it get to be December already?

I’m not complaining, mind you. I’m just surprised. And honestly, I enjoyed November so much I wasn’t quite ready to see it go. I didn’t enjoy all of it. The fires were terribly awful. And then there was that one crazy thing that happened, but I’m getting ahead of myself.  Mostly, it was a pretty good month. 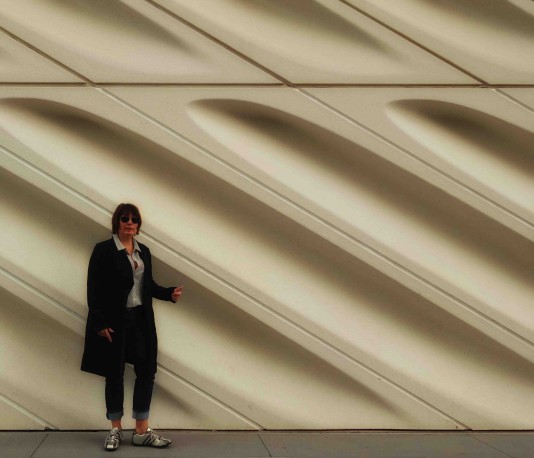 A couple of weeks ago, Mister and I spent an afternoon at The Broad and it was aces. For some reason, I thought there was a new Ed Ruscha exhibit and I was all hopped up about it. Only we got to the museum and I was hopping for no reason. There were a few new-to-me pieces on view, and those pieces were awesome, but my expectations were not met. Not by Ruscha. But then we wandered into an installation of Ragnar Kjartansson’s The Visitors and I no longer wanted to hop, as I was floating. If you’re in L.A. and get the chance, please go. I cried through a smile so big, my cheeks still ache. 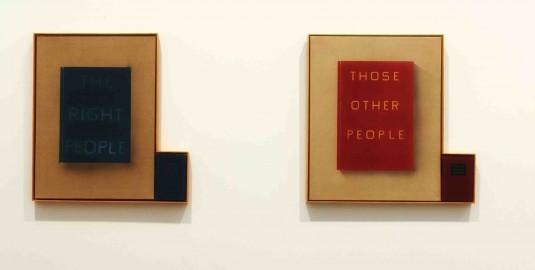 After the museum visit, we walked toward the train and found this young man on the sidewalk… 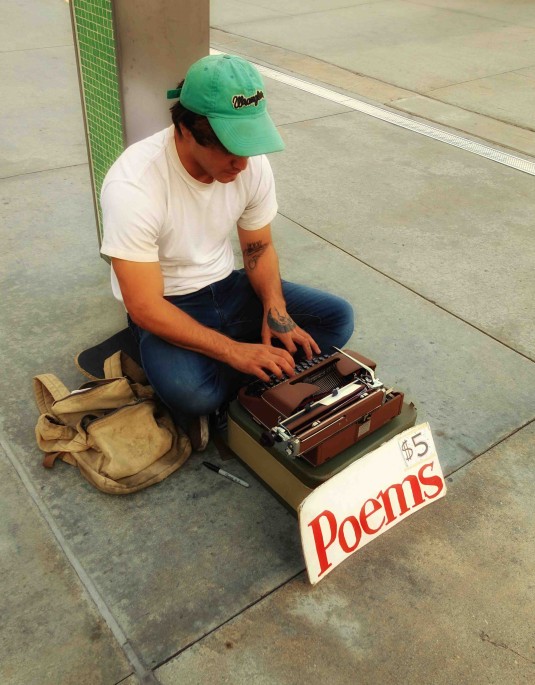 I immediately started digging in my pockets for cash, as there was no way I was gonna pass by a guy with a typewriter, selling poems, and not make a purchase. I didn’t get the feeling Jacob was one for talking too much, so our interaction was mostly limited to transaction… 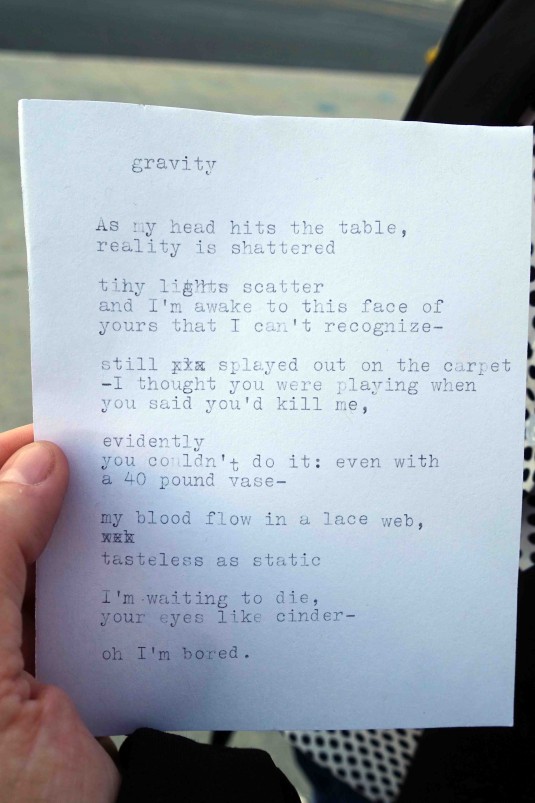 The very next day, I walked from DTLA… 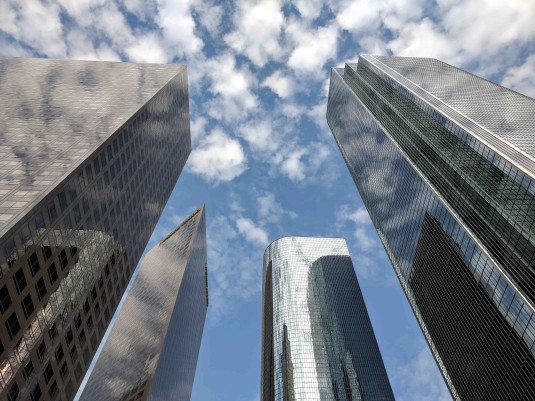 Because I can. And because why the hell not? And because I had two friends along and one of them is a freaking light in the universe and the other was celebrating her actual birthday. 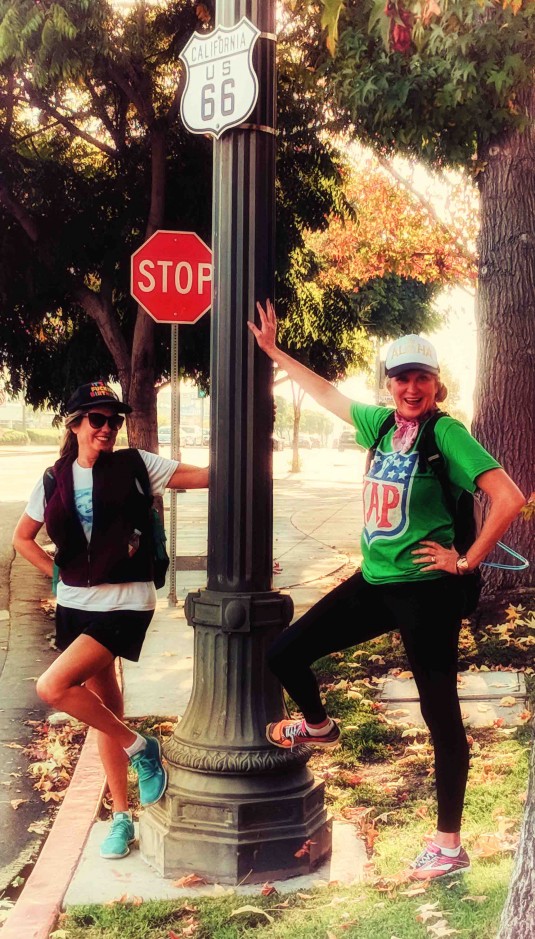 Hey – there’s nothing like a 17-mile stroll to make you feel young. This was my 3rd time participating in The Great L.A. Walk (GLAW) and I have to say – it was my personal best. No blisters or crazy soreness after. I felt pretty damned good, in fact. It was a beautiful day, the walk was smooth and the company couldn’t be beat. There was also that moment when we crossed paths with Bono (for reals). This is L.A. Shit like that happens. 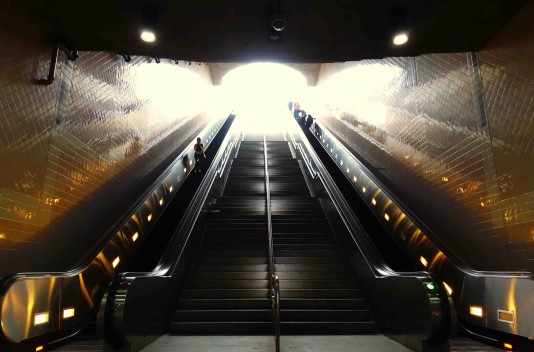 Before I tell you this next part, I’d like you to remember that I am fine and safe. I mean – I’m typing this and all is well. Um-kay? Okay. After the walk and subsequent GLAW celebrations had ended, when I took the train home from Santa Monica, there was … an incident. A young woman on the train was being harassed by a dude and it was one of those moments when you have to decide if you’re gonna be a stand-up person or not and all I could hope was that if I had to stand up for the woman that others would stand with me. The train was crowded and a whole lot of us were all too aware of the situation and again, I just hoped decency would prevail.

This particular young woman was seated directly in front of me, as our seats were in an L-shaped arrangement. Next to her was a young dude who, for whatever reason, decided to lean against and talk to the young woman. Never mind the fact that she was wearing gi-normous headphones and clearly not interested in talking to him. She tried pointing at the headphones, as if to indicate she couldn’t hear him. He was not deterred. After leaning against her for a bit, the dude stood up and – no shit – took off his shirt. Like that was in any way attractive. Or normal. Then he began leaning against her again.

Someone seated next to me moved and the young woman immediately asked if she could sit beside me. I nodded and she moved to my side. I leaned slightly toward her and removed one side of my headphones. She removed one side of hers. I said, “I’ve got your back.” She said, “Thank you.” We put our headphones in place and tried to act as if nothing was going on, all the while keeping watch on the dude three feet in front of us.

He began shuffling things around in the bags he had brought on the train, and that’s when he pulled out a knife. He held it in his hands and looked it over, turning it to admire the blade. That blade appeared to be around 8 to 10 inches. The dude just held it, studying it, and the young woman turned to me, terror on her face and I said to her, “Okay. You go.” She moved between people, ending up somewhere behind me on the train. I had already looked for the car’s emergency call switch and located it – behind the dude with the knife. That was out, as it would have put me in direct contact with him. I was holding my phone and as the train was still above ground and I had service, I called 911. I cupped my hand over the phone, to try and make myself audible over the train’s noise. I smiled and laughed a bit while talking with the emergency operator, trying to appear as if all was right in my little world. I gave as much information as I could and was told police would be boarding at the next stop. I told myself to breathe deeply.

The next stop came and went, y’all. No police. The dude was still one seat away. I thought maybe the next stop would bring help. Or the next one. Or the next. When the train moved beneath the city, I knew I could no longer call anyone for help as my phone service had ended. I was the closest person to the dude now and I was just trying to keep it together, hoping we’d pull into that last station without something going terribly wrong. All I could do was wait. That was all any of us could do.

When we reached the final stop, passengers were hustling to get the hell out of there. I stood calmly, picked up my pack and walked to the exit. Once I stepped off the train, I saw around 15 uniformed officers. I made eye contact with one and pointed toward the dude. About 3 of the officers nodded and headed into the train car.

Now – I needed to transfer to a different line to get home, but fear had caused me to just about pee myself. So I walked upstairs to a fabulous, familiar restaurant. The first person I saw was a busboy. I walked up to him, in my sweaty walking clothes and said, “I’m not here to order anything. I have been here many times and I love this place. But I just had a terrifying moment on a train and I really need to calm down in your ladies room.” That guy sweetly smiled and said, “Sure! Right this way…” and he walked me back to the loos. I think I peed for twenty minutes, then splashed some water on my face. I headed back downstairs to catch my train.

As I was walking down the escalator, my phone rang. It was one of the on-scene officers. He asked me some follow-up questions and I answered. I told him I was coming back to board a train and could talk in-person if he wanted. He acknowledged seeing me and suggested we keep it on the phone, so that I wouldn’t be identified during the arrest taking place nearby. I didn’t argue. I told the officer I had seen the dude place the knife in one particular bag. He said, “Oh – we found the knife and everything else.” Da fuh? Our conversation ended and I got on the next train headed my way.

I can’t tell you how fast my brain was processing everything around me that night. Where were my exits? Where was the emergency call button? What was the train car ID number? The upcoming stop? Why the fuck was this happening at all? And why was it happening after I’d walked 18 miles and needed some friggin’ sleep? But my brain did process. And I somehow stayed calm. I wasn’t called upon to fight anyone or to put out a fire or to be a hero. I was simply being a human in this city. My city. I did my part.

I didn’t see the young woman again, the one who’d been subjected to harassment and terror. I hoped she would be okay. As for me, I rode that second train to my stop, where Mister was waiting to pick me up and drive me home. I was safe. Tired and frazzled, too, but definitely safe.

Some of you reading this will admonish me for ever taking the train at all. Some of you will tell me to avoid crowded places, to shelter and hide from the dangers of the world. I get where you’re coming from. I do. But I’m not ready to give up this beautiful ride called Living. Not yet. I’m not ready to miss out on unexpected art. Or an introverted poet on the street. Or Bono, for cry-eye. I’m also not ready to give up being there for someone who’s decided to accomplish something on her birthday. Or someone who needs a stranger to have her back. Or Bono, for cry-eye. I mean – come on.

The world can be crazy. And parts of it have gone bat-shit mad, I admit. But in my city, the good still outweighs the bad. And I intend to do all I can to maintain that balance. That includes Living my Life. For as long as I’m able. God knows, I love being alive. 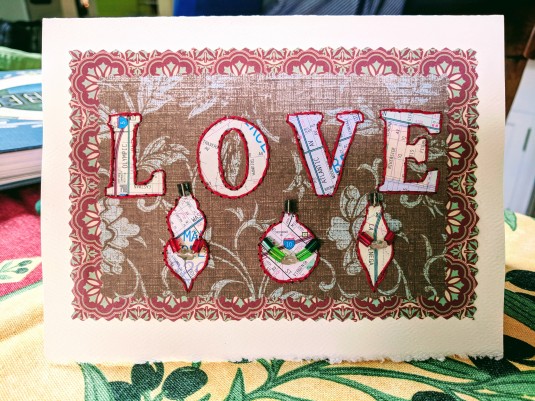