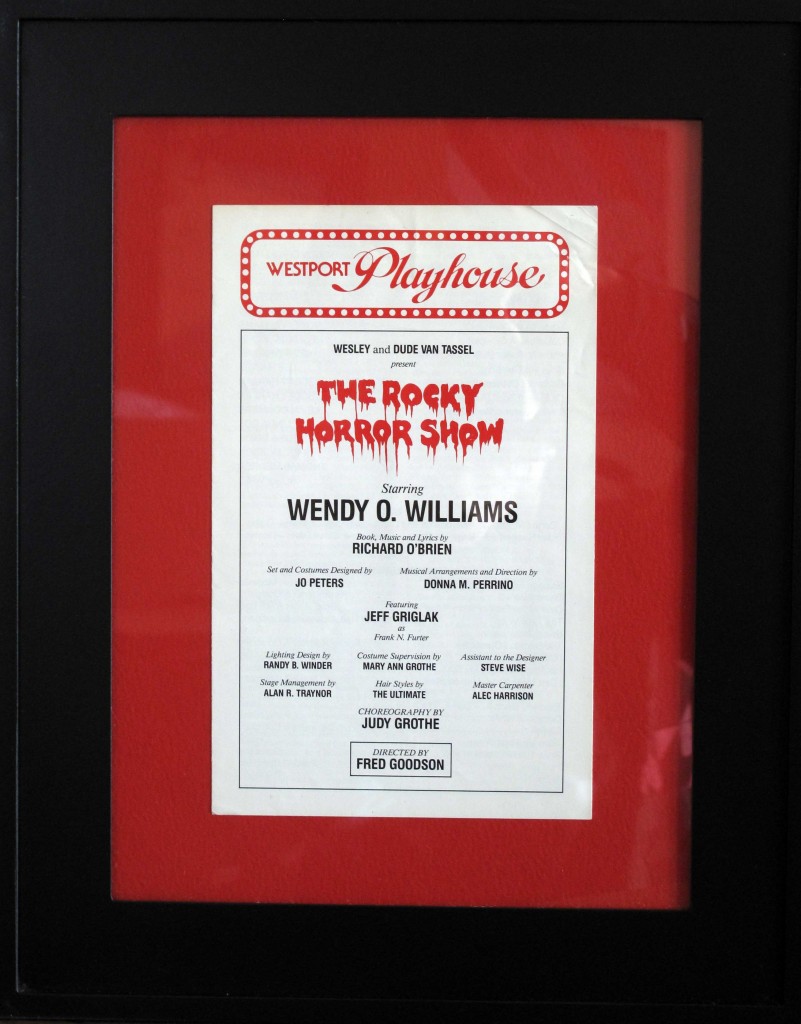 As Mister and I slowly unpack, we’re finding more and more goodies once thought to be lost. (We’re finding a lot of trash, too, but that hardly merits mentioning.)

One of our fab finds has been a playbill from 1985. We went to see Wendy O. Williams – as “Magenta” – in a St. Louis production of Rocky Horror Show. It was a huge success, running for over six months. For the youthful us, it was a fancy night out on the town. After the show, we went for a lobster dinner. I seem to recall a 2-for-1 coupon. We were kids after all. Anyhoo, it was my first time eating lobster, and I had no idea whatsoever how to go about tackling the beast. I looked to young Mister, hoping to mimic his actions. When he flicked a big piece of lobster meat across the restaurant, where it hit a wall adjacent to other diners and stuck, I knew he wasn’t the best role model. But we laughed like crazy and dug in anyway. Years later, living in Boston, we often reminisced about that first lobster dinner. Our Massachusetts tenure gave us confidence where shellfish is concerned.

Talk about a Time Warp…