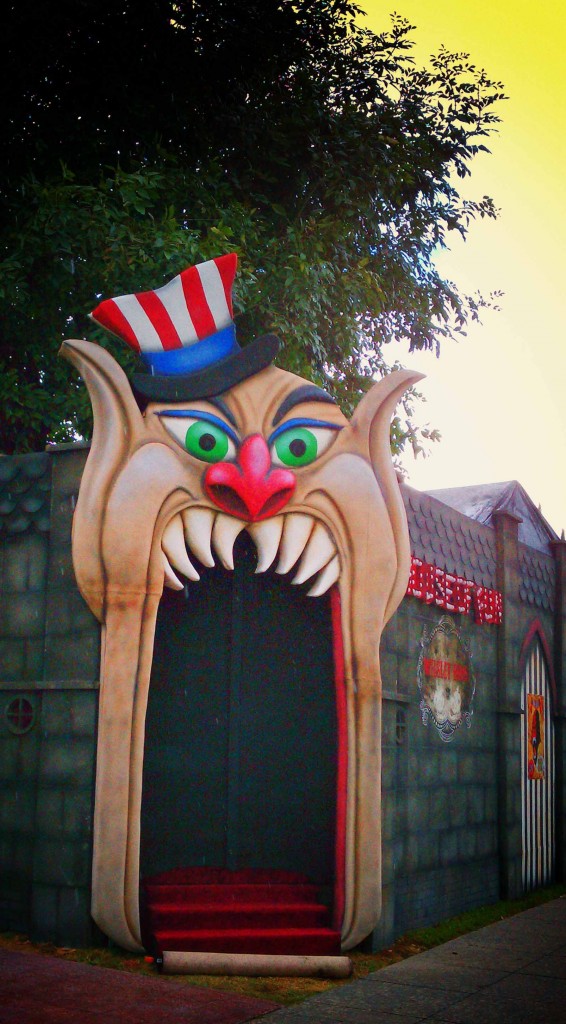 One of the cooler things about living in L.A. is the people who work in The Industry. I mean, a bona fide celebrity sighting is a kick, but so what? No, I’m not thinking about the names many of us recognize. I’m talking about the folks whose names most of us will never know, but whose work impresses the heck out of us. Yes – I refer to the artisans who work behind the scenes in film and television. These professionals not only work in our environs, they also live here. And sometimes they can’t help but bring their work home with them.

The other day I was driving around when I spotted an amazing “Fun House” someone built in a front yard. This was a regular old neighborhood, but it didn’t matter. An artist had put in the time and effort to construct this magnificent monstrosity for Halloween. And while the result is pretty danged cool, it isn’t terribly uncommon. Hollywood pros build these sorts of things at their homes fairly regularly. Some are gi-normous, others not so much. When I happen upon one of these displays of love, I am always amazed.

This particular structure’s tenure has now ended. It will be deconstructed and that will be that. The yard will once again be an ordinary yard and most of us won’t think twice about who might live at that house. We won’t wonder if the resident is an artist or not. We probably won’t notice anything at all as we pass by.