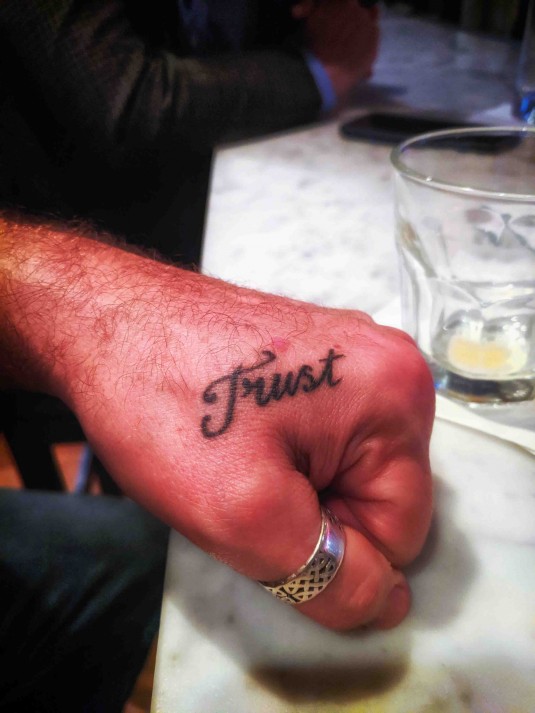 All the same, my intentions of sharing things with you have been patiently waiting for me to get my ass in gear. As it’s now officially Summer, I feel the day should be treated with a modicum of reverence. To serve those feelings, I give you a glimpse or two into my world… 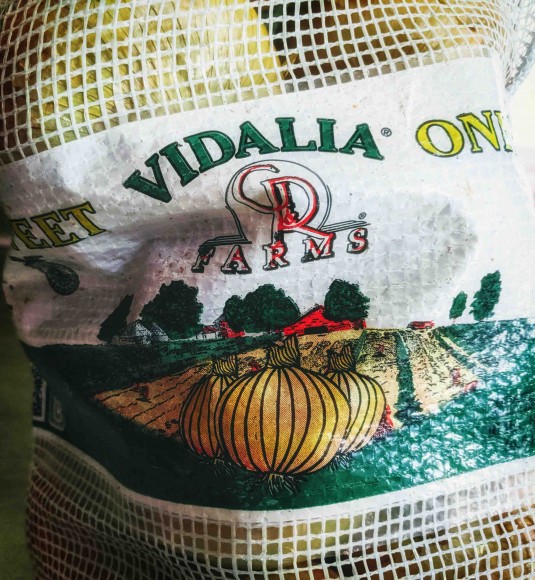 I’m making my way through 20 pounds of Vidalia onions. And I’m enjoying every damned one. 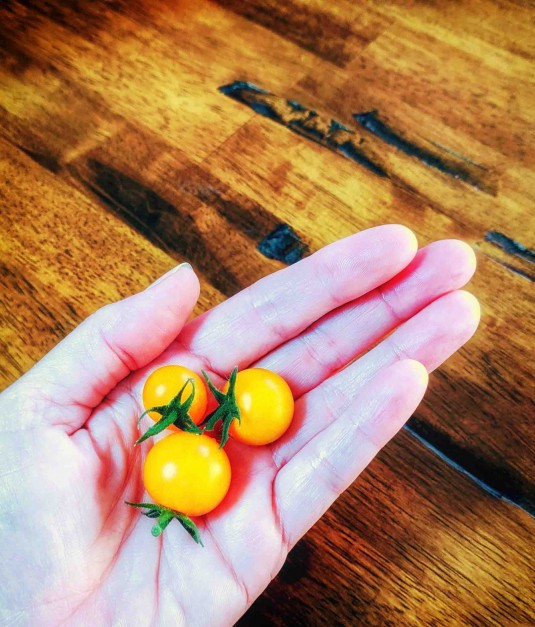 We’re also starting to get some tomatoes from our little plants. I call them little, but a couple of the plants are at least 8 feet high and still growing. I don’t understand it any more than you. But I’m not complaining, because all the gods know there’s nothing as good as homegrown tomatoes, y’all. 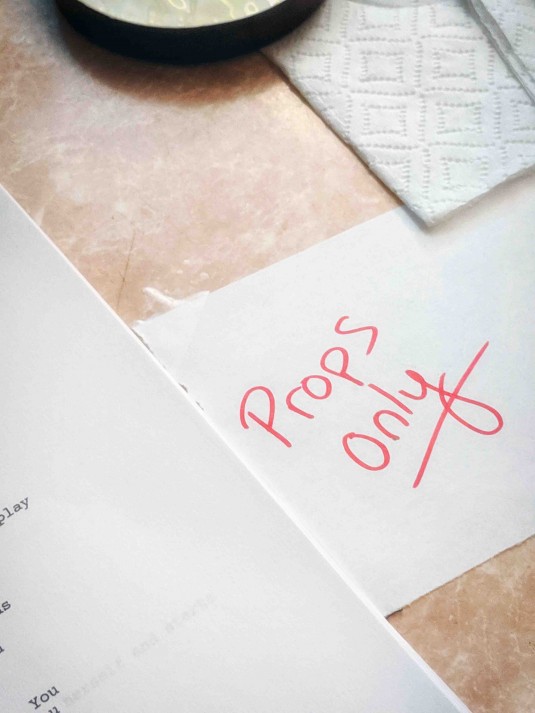 I worked on a film set for the first time in ages. It was a one-day shoot and I ended up dealing mostly with props. I declared myself to be the day’s Ice Cream Wrangler. Someone had to do it. It reminded me of how much goes on behind the scenes, work that will never be shown or seen. I respect the hell out of the professionals who make cinematic art. Because I got to be a part of this particular shoot, with such lovely people, I enjoyed the day more than I can express. 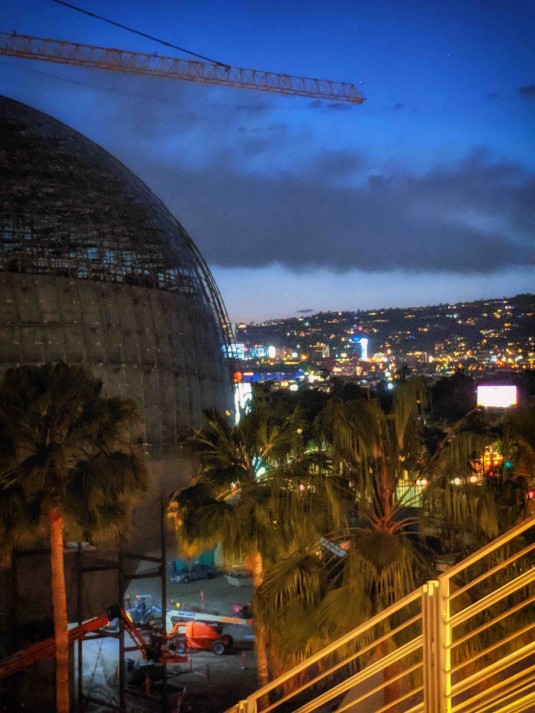 I attended a crazy-cool happening at the Los Angeles County Museum of Art (LACMA). Throughout the exhibit space of Robert Rauschenberg’s 1/4 Mile, various musicians roamed about, improvising and collaborating to create soundscapes based on the work and the moment. It was trippy and, in some instances, inspired. Once I’d absorbed as much of the evening as I could, I walked outside and spotted work on the adjacent Death Star. It’s not really the Death Star. It’s architect Renzo Piano’s ambitious new Academy Museum of Motion Pictures. It’s sure to be astounding, once it’s finished. But I have no doubt it will always be called the Death Star. As it should be.

I also went to the kick-off event for L.A. Beer Week. I was a fish, I was. And I was happy about it, too. (Baker Jen is responsible for the sticker I’m wearing in the above photo. She’s cool like dat.) 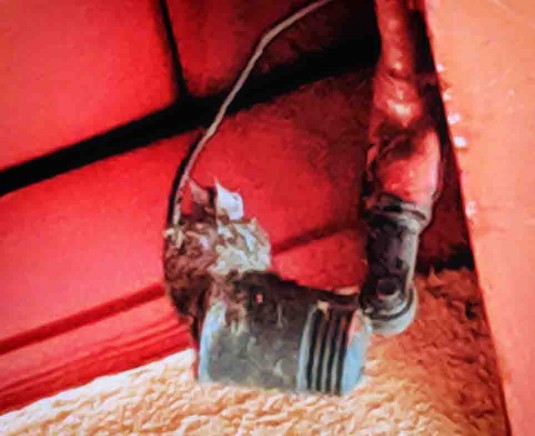 Baby hummingbirds got hatched, grew and have already flown away. Little Mama had built the nest and was keeping it warm before we even realized what was going on. Once those babies made their debut, they were in high-gear. They were only there a couple of weeks and then they were gone. Nature. Who knew? 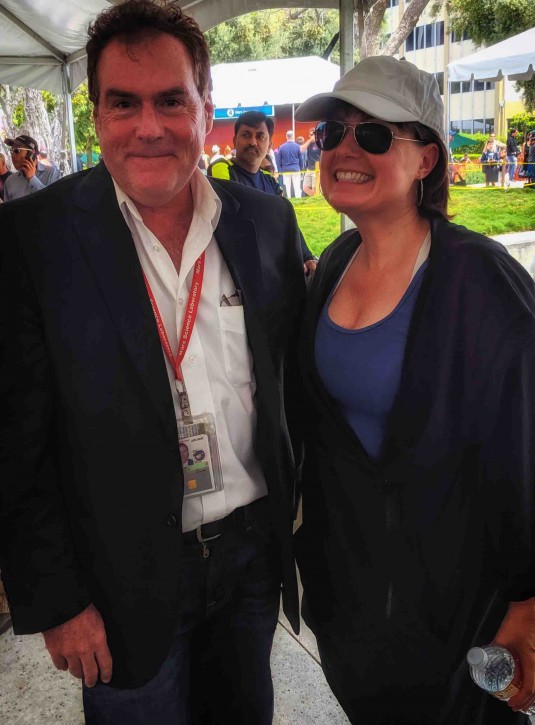 I got my geek on at JPL‘s open house. When I spotted the dude shown above, I didn’t hesitate to embarrass myself. That’s Dr. Michael Watkins, the director of JPL and a rock star of the science world. Yes – I am that person. I do indeed nerd out for brains. 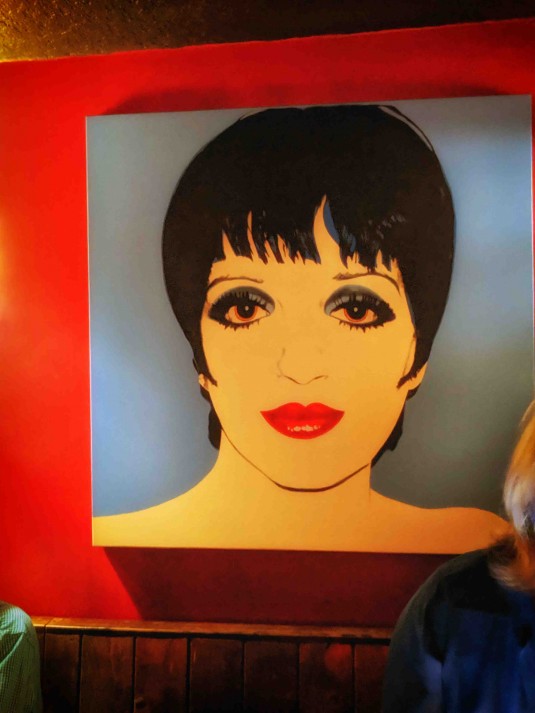 And then there was this week. I was getting some exercise and passed by a place I’ve been many times. It’s a restaurant with an upstairs club. (The restaurant played into Robert Blake’s wife’s infamous murder. Yeah.) I walked past and doubled back. The upstairs club had a new name: Feinstein’s at Vitello’s. As in Michael Feinstein. I wasn’t sure when that had happened, so when I got home I looked on the interwebz and saw that last weekend was the official grand opening of the supper club. I also saw that Michael Feinstein himself had provided the entertainment during the grand opening, with a little help from his friend, Miss Liza Minnelli. Da fuh? I missed that show, which was a shame. But I saw that Melissa Manchester was set to perform during the week, and tickets were still available. I grew up loving that gal. As I sat at my computer, thinking about whether or not I could justify laying out the dough for a ticket, I realized I was singing her songs. I remembered the lyrics, I remembered the tunes. I bit the bullet and bought myself a seat for the show.

As I was flying solo that night, I had no idea where I’d be seated or with whom. When I checked in with the hostess, she asked if I was meeting anyone and I told her no. She asked for my name, which I provided, and she said, “Well Mikki – you’re about to make some friends.” Then she led me to a table where 3 men were already seated and engaged in conversation. The hostess said, “Gentlemen – this is Mikki. Mikki – this is Troy, Steven and Max.” She walked away, I sat down, and the 4 of us commenced to talking.

I’m a friendly gal and I’m generally a pretty good gauge of people’s decency. But I don’t rush into getting to know people and I don’t give out my digits all willy-nilly. I’m a fairly private person and I’m okay with that. So it was rather surprising to find myself having a mature, honest and soulful conversation with those 3 guys. And it wasn’t just me. They seemed to recognize that something unique was happening as well. The 4 of us were engaging in the manner of old friends. It was lovely. It was refreshing. It was crazy.

And the show? I don’t know what to tell you. Melissa Manchester took the stage, began her first song of the evening, and I started crying. (Gentle, happy tears, mind you.) And I smiled and cried right through to the end of the show. Her voice is as resonant and sonorous as ever. She is a beautiful performer. She kind of blew my mind. 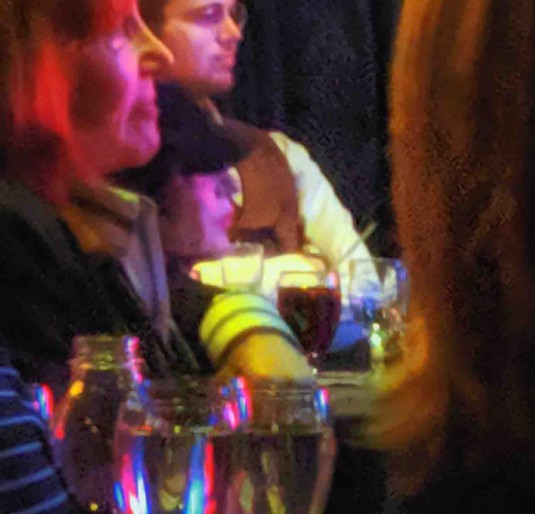 It turned out that Michael Feinstein was also in the audience. So was Miss Liza Minnelli. That’s her in the hat, barely visible in the center of the above photo. Though you can’t tell from this pic, she was as cute as a fucking button. For reals. 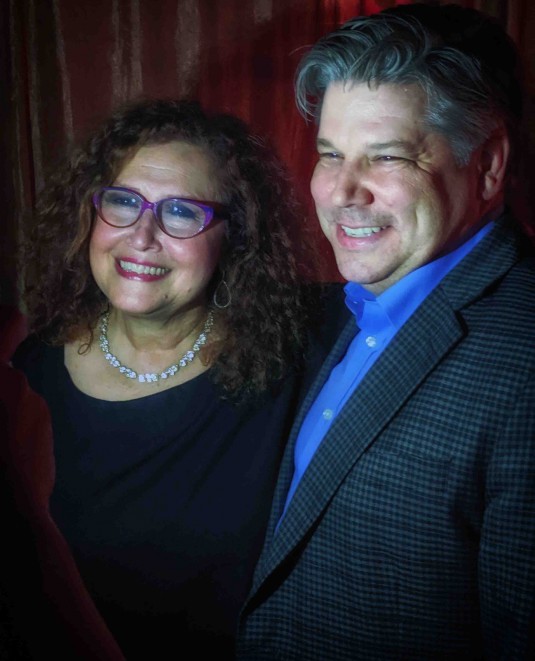 After the show, my new pals and I stayed for a meet and greet. That’s Troy with Melissa Manchester. 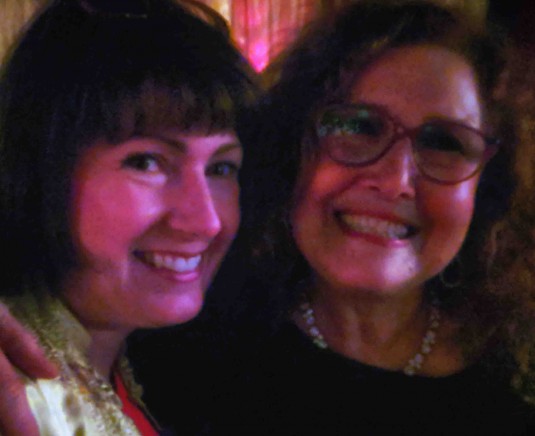 And that’s me with her. When you meet an idol, your glee just about cracks your face.

So many things that pop up in life require an answer. A lot of the time I say No. And let’s be honest – No is often the correct answer. But not always. Sometimes life invites me to say Yes. And sometimes I do. When I decided to go to that Melissa Manchester show, I didn’t know what the night might hold. I only knew that the kid in me really wanted to see one of my vocal heroes. I didn’t know she would be amazing. I didn’t know I was going to experience a sincere connection with 3 strangers. I didn’t know the 4 of us would be texting one another and trying to plan a get-together in a few months time. I didn’t know I would come away from the night as a better version of myself. Someone whose skin fit a little more than it did the day before.

But that’s exactly what I got. Magic. All because I said Yes.