I’ve been a fan of “Law & Order: Special Victims Unit” for ages. For the life of me, I don’t know why. Rape, murder, assault – that’s not my bag, y’all. And yet I’ve watched the show, year after year, cast change after cast change. I even got to meet a writer from the show and I completely nerded out. I’m not proud.

But when this current season rolled around, I just – couldn’t. The world is so fucked up and the weight of everyday life is almost too much. Adding the ugliness of reel life to the ugliness of Real Life isn’t always the best idea for me. SVU fell by the wayside.

Until this past week. Mister decided to catch up on the season and I watched with him. The show is the same, good or bad, and my love/hate relationship with the characters remains.

I’m telling you all this because I had a bit of a personal epiphany while watching the show. During an episode, as one character showed disdain for a specific gender, I thought about my own feelings surrounding gender. And I realized I don’t trust a single sex more than another. Then I thought about that, and dug into my childhood and acknowledged how both my parents had screwed me over. And how their poor behavior, while inexcusable, had given me a gift: I see females and males as being equal. Both genders can be complete fuck-ups. Both genders can choose to be less-than-decent. Both genders can suck.

And while that point-of-view may seem defeating, bear in mind it also provides a flip-side. Both genders can opt for kindness. Females and males can choose wonderful humanity. Both genders can be amazing, brilliant souls. Neither of my parents showed those traits to me, so they don’t get credit for my positive view. I take full credit for that hopeful stance. Yeah – I’m pretty cool like that. And I’m grateful as fuck for that part of myself, to boot.

So I’ll keep watching SVU and will surely catch up soon. The show, for me, reminds me of something I’ve carried with me through all of life. The bastards can’t keep me down. You can’t see me as I type this, but I assure you, I’m smiling so much my cheeks hurt. 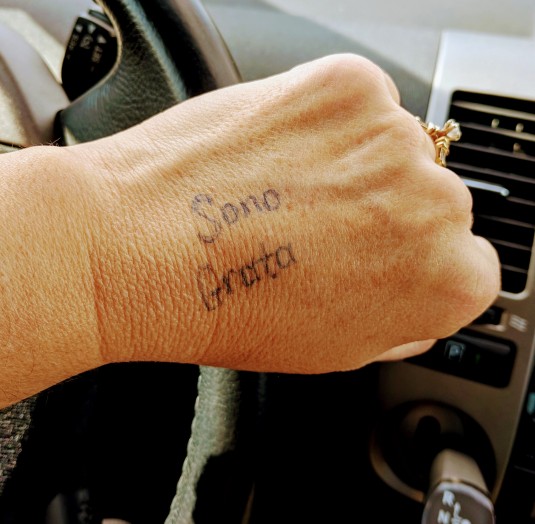