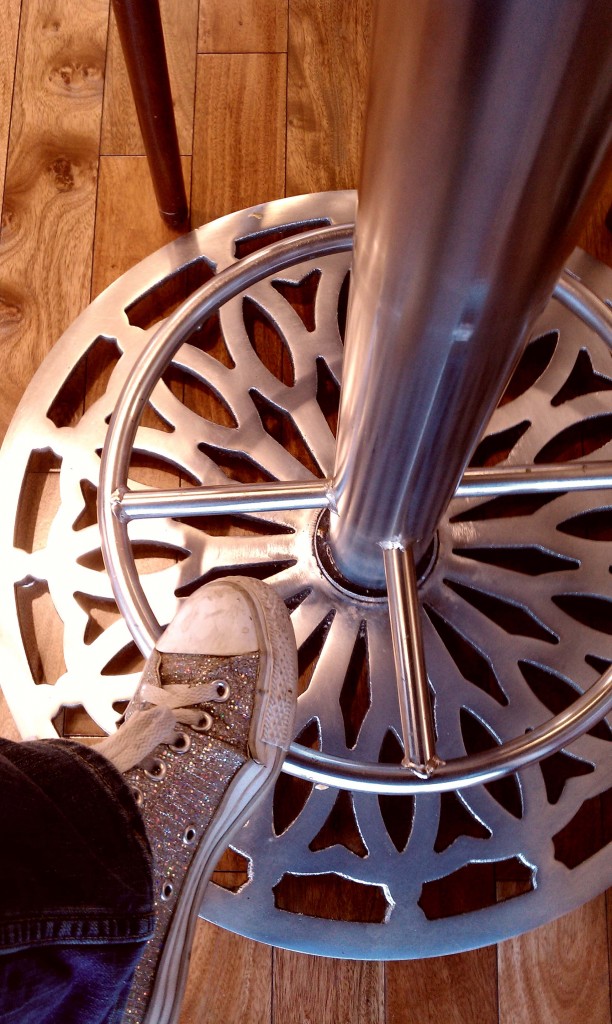 I’ve had a couple of recent visits to the auto shop. I’m not happy about this, as I don’t particularly enjoy when things break. I was raised by depression-era great-grandparents: I expect stuff to last forever. But things do indeed break and sometimes we just have to give in and deal with it. Hence, my recent auto shop stints.

Both times I was at the shop, strange dudes followed me around the waiting area. I wasn’t afraid. I was annoyed. I had planned ahead for my wait and was trying to read, dang it! Those dudes were either talking – loudly – on their phones or wearing super-too-much cologne.

Let me say something on this point. When a person doesn’t manage to bathe, slathering on copious amounts of cologne or perfume is NOT an acceptable alternative. Stinking is stinking, no matter if it’s due to spendy waters or cheap dirt. End of sermon.

Anyhoo, the car guys at the auto shop finally got the message. After I moved several times to get away from them. And again, they weren’t scary or anything. They were just annoying. I’m just hoping the old horseless carriage keeps rolling a while longer. I can only take so many car guys.