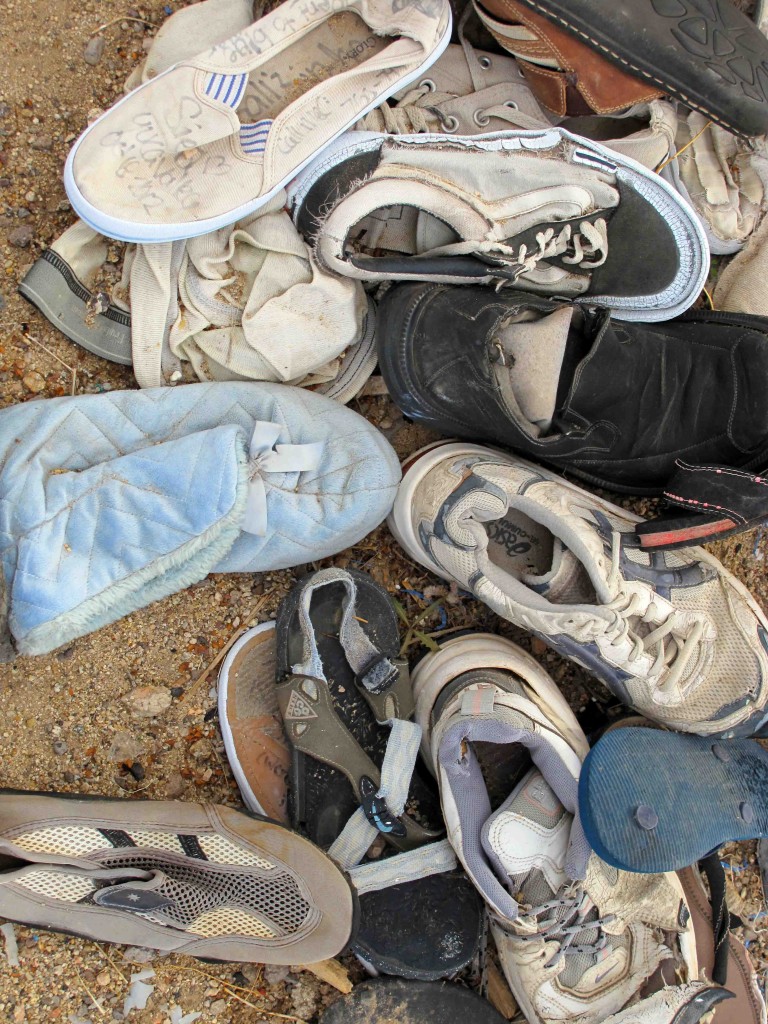 Today marks the 20-year anniversary of the Northridge Earthquake. It ripped through parts of southern California at 4:31 am on 17  January 1994.

Mister and I were asleep, like we should have been, when the rumbling started. It was loud, y’all. Super loud. When a book case fell on the foot of our bed – in the pitch black of early morning – I thought maybe the ceiling was falling in on us. The only light I saw was the reflection of the flash produced as electric transformers blew. Then there was the crash of the bathroom wall mirror being torn from the wall and hitting the floor.

I won’t lie – for a few seconds I had no idea we were experiencing an earthquake. My cold-war childhood led me to believe we were being attacked, that war was taking place. Because the earthquake lasted around 10 seconds, I had time to figure out what was happening while it was happening. Then I knew we had to take action.

I yelled to Mister to find some shoes and get them on, quickly. We pulled on clothes and got the hell out of the house. We were lucky – we were able to open our garage manually and get the car out (nothing much had crashed down on it). We sat in the car, in the driveway, listening to the radio for emergency information. After only a few minutes, our next door neighbors came to check on us. They invited us over for coffee.

Terrified of being alone, we accepted their invitation and entered their pristine home. They had already cleaned up the mess suffered in their house and had fired up their portable generator. There was indeed coffee, as well as other edible comforts. These particular neighbors had lived through the Sylmar Earthquake of 1971 and were prepared. Though aftershocks were already rattling, those neighbors took care of us and soothed our frazzled nerves. I will be forever grateful for that.

After a while, Mister and I decided we needed to get back to the house and inspect the damage. Once more, we were lucky. The shattered bathroom mirror was the worst of it. We cleaned up the mess and tried to calm the heck down. It didn’t really work, but we had to try.

The Northridge Earthquake messed me up for a long time. When the very earth beneath your feet is unstable, what does stability even mean? And all those aftershocks? Each one sent me reeling.

There have been other earthquakes in the last 20 years, and there will undoubtedly be others. But the Northridge Earthquake – that one was a doozy. I may remember it today, but I do not remember it fondly.