“One more step to the top of the city, where just a couple of pigeons are livin’

up on the angel’s shoulders.”

“Top of the City” from The Red Shoes 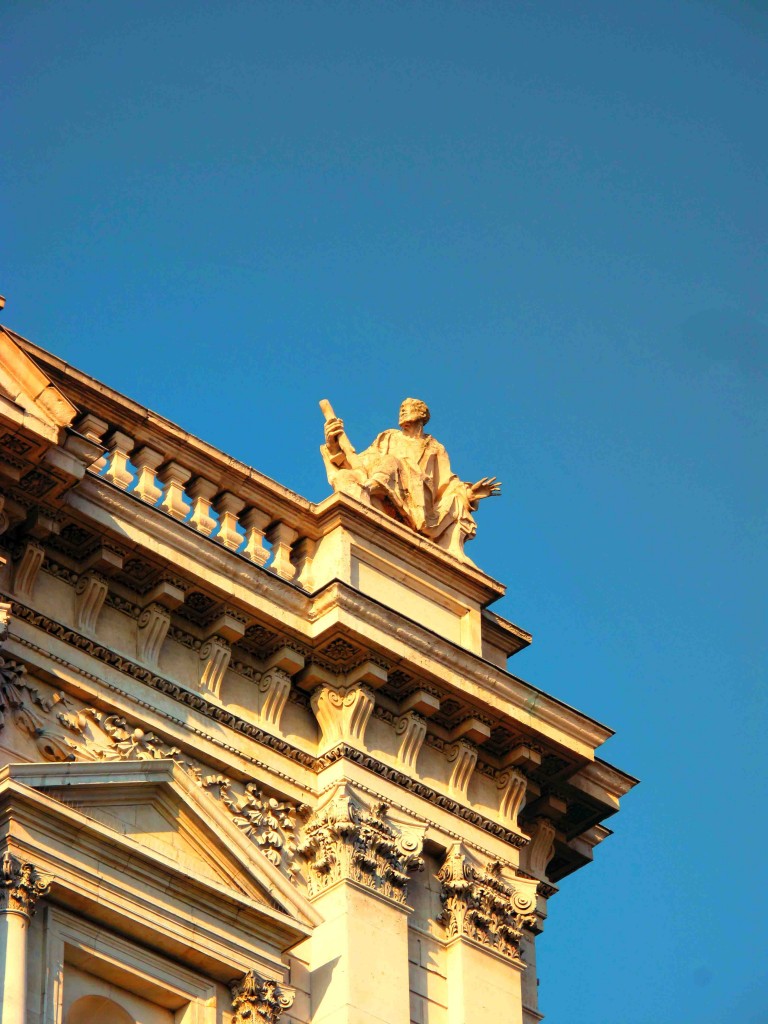 We arrived early evening on a Monday and sorted out everything belonging to that. Heathrow Express from the airport into town. The Tube to the area nearest our hotel. The hotel itself and unpacking. I was hesitant to admit it, but everything up until then had been so, well, easy. There were no incidents, no problems. Airport parking at LAX was easy. Checking in and boarding the plane was easy. The all-night flight itself was easy. Heathrow Express was beyond easy. We liked our room. Easy! After a light snack, we tucked in and tried to sleep. 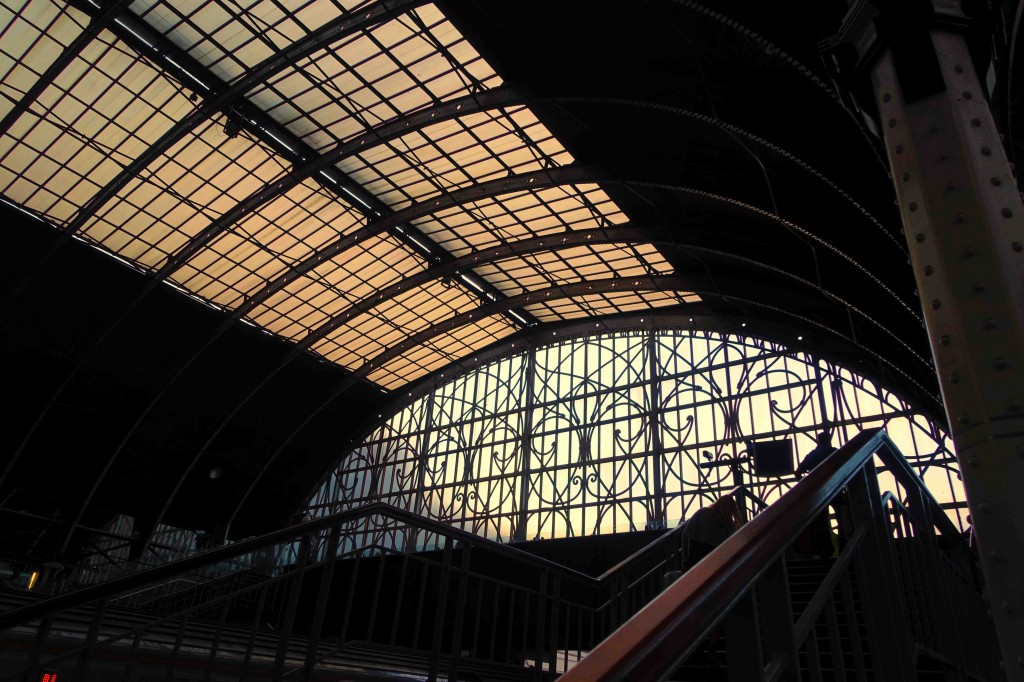 Mister and I had arrived in London armed with a list of things we wanted to do. Some of the items were from our own brain holes, some were suggestions culled from various friends. With those plans in mind, the first day found us on foot, looking for The London Eye. This particular to-do had never been done by either of us during previous visits. But first, food. We had seen Anthony Bourdain’s “The Layover – London” and knew what a taxi stand looked like. And by taxi stand, I mean a place for drivers to grab a bite. We spotted the green clapboard and headed over for a Bacon Butty. One each, please.

Once food was checked off the list, we continued across the Thames toward The London Eye. It was overcast and good weather for walking. Full bellies helped, too. But once we got to The Eye, we looked at each other and realized neither of us really wanted to get on the danged thang. It wasn’t cheap, but that wasn’t the deterrent. It would take quite a while to go all the way around, but that wasn’t it, either. I don’t know what to tell you. It just wasn’t our thing. Content that neither of us was depriving the other of a ride, we walked away.

Back along the Thames, Mister and I strolled and took our time. It was still pretty early, but the riverfront was coming alive. Street performers were getting their costumes readied. Mothers pushing prams began crowding the walkway. Restaurants and shops began opening their doors. We walked past the National Theatre, where a lovely statue of Laurence Olivier resides. And we also saw some street artists in the act of creating. 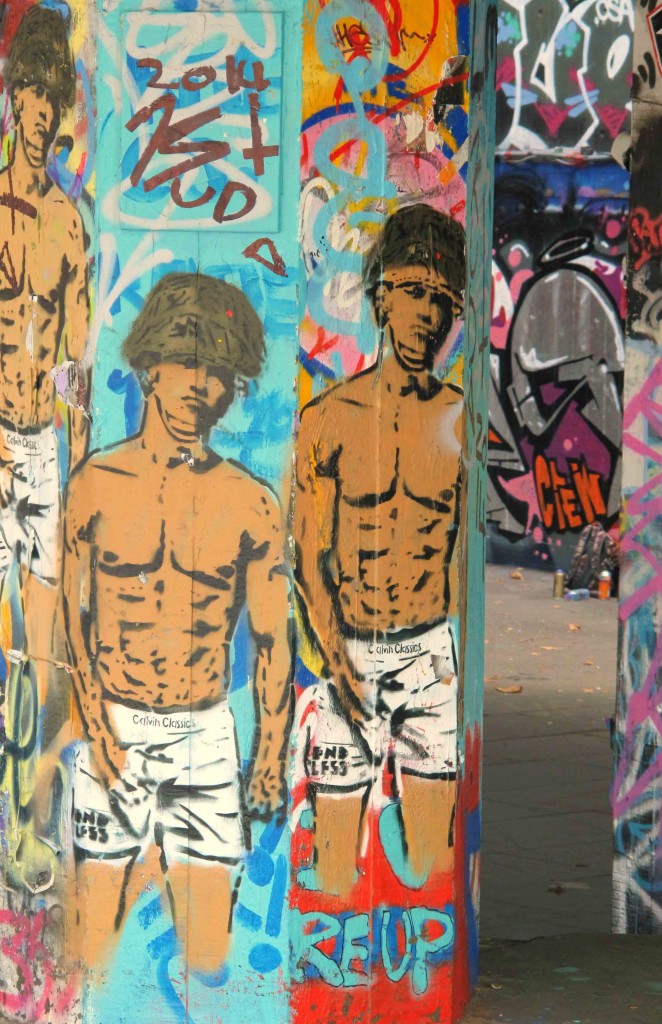 Just when we were starting to feel closed in by the growing crowd, we spotted The Tate Modern. I had been before but Mister’s Tate cherry was intact. We headed inside and succumbed to the amazing collection. I love The Tate Modern. There’s something about all that contemporary art being housed in one location that triggers a particular appreciation in me. It seemed to work for Mister, too. When we wound our way to the Mark Rothko room, I pulled Mister aside and said, “Look. The last time I was here, I had a religious experience. I’m going to leave you alone while you go in. See you in a bit.” And with that, he turned and entered. 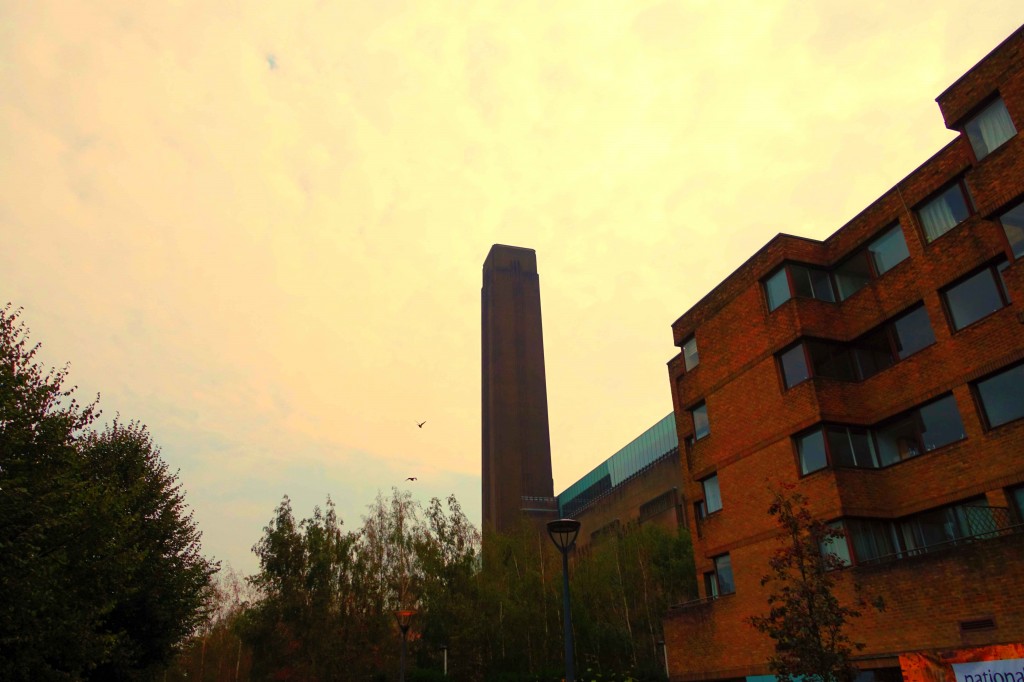 Those Rothko works – The Seagram Murals – really get to me. I can’t explain it. I don’t understand it. But there’s just something about them, something that grabs my soul and doesn’t let go. The first time I saw them I cried. This time I was just quiet. No tears. The awe was still there though, and I marveled at how Rothko was able to paint such seemingly simple works – works more complicated than I can comprehend. 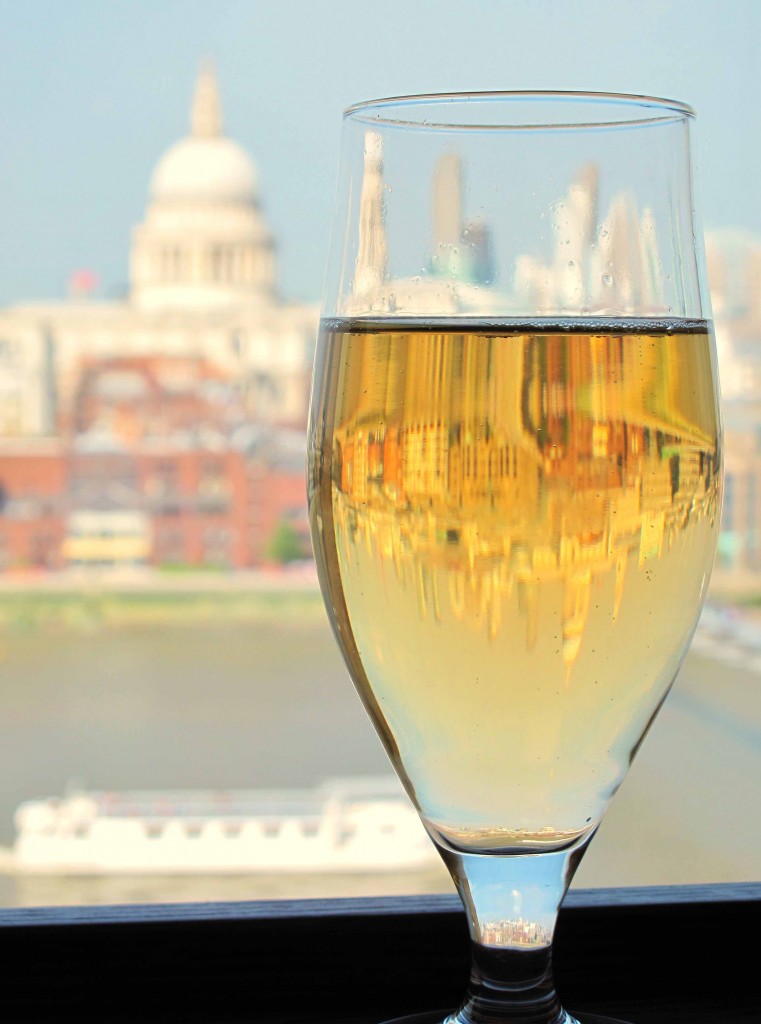 After a while we needed a break. So we headed up to the top of The Tate for drinks. The view was lovely and the drinks were pretty nifty, too. After all that museum-ing, it was good to sit. We talked about what we’d seen and what we wanted to do with the rest of our dwindling day. Once the drinks were downed, we made our way out and back across the Thames. Our intention was to walk through St. Paul’s Cathedral and get an eyeful of that. When we got there, however, we were too late. So we pointed ourselves toward our hotel and got to stepping. Once there, we realized we hadn’t eaten since the morning’s Bacon Butties, so we changed clothes, headed back downstairs and asked the doorman for a good local. That guy did us right, I tell you, and we walked the short distance to The Phoenix. The joint was hopping, and after a short time we understood why. Not only was it charming, it was also friendly with good food and drink. And being right around the corner was none too shabby, either. 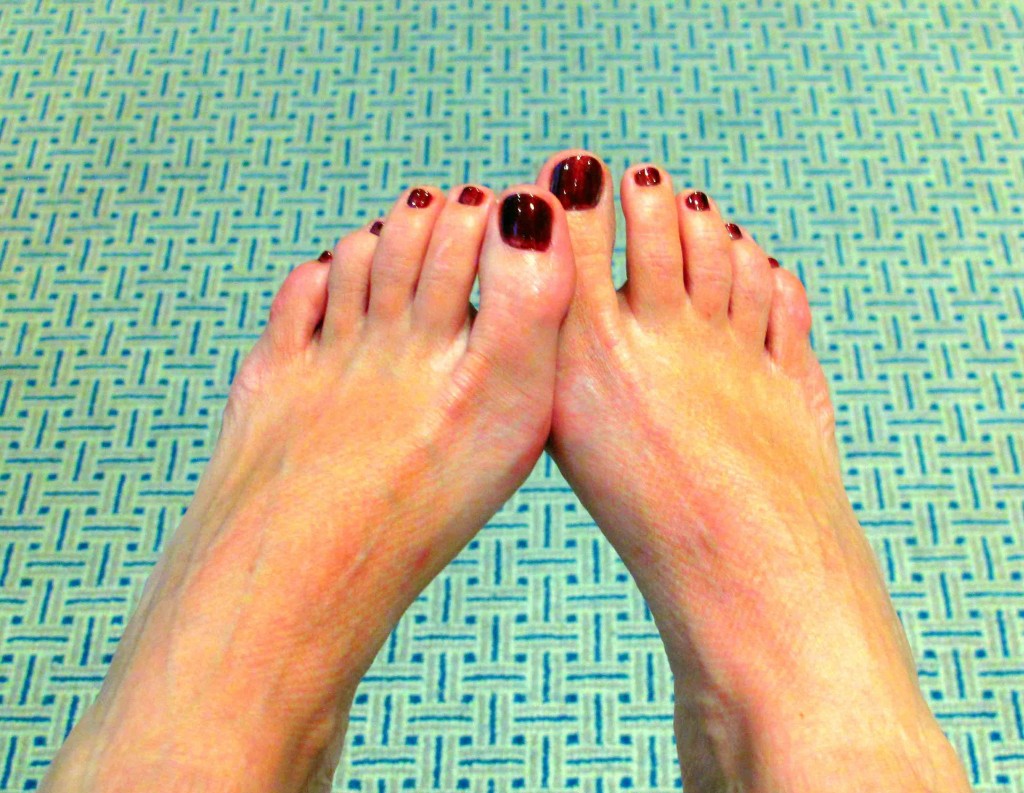 Anyhoo, we drank and ate to our hearts’ content and then we walked back to the hotel. Though we were jet-lagging, we were wiped out from our fantastic day of being tourists. We got ready for bed and as we were falling asleep, we remembered our concert tickets. The show was the very next night…

One thought on “London – Museum Day”