London – Heaven and Earth – A Wrap-Up

“Some moments that I’ve had,

Some moments of pleasure…”

“Moments of Pleasure” from The Red Shoes

I’ve been writing about London all week now. And today’s post shall serve as a wrap-up. But first, our final day in London… 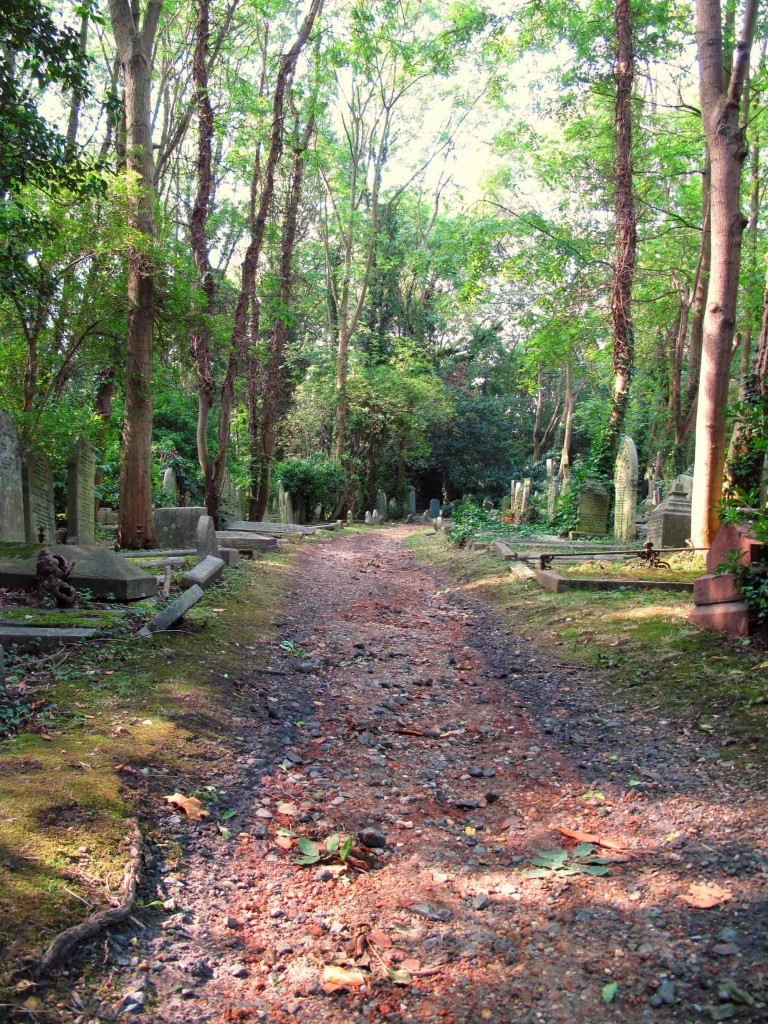 Just because we’d managed to eat breakfast the day before, we saw no reason to break from the path of deprivation on our final day. So we got up and readied for a trip to Highgate Cemetery. This was another of those places we’d likely never have gone on our own. But thanks to the dude who blogs at The Endless British Pub Crawl, we had traveled to London with this recommendation on our to-tourist list. And boy were we glad we had. 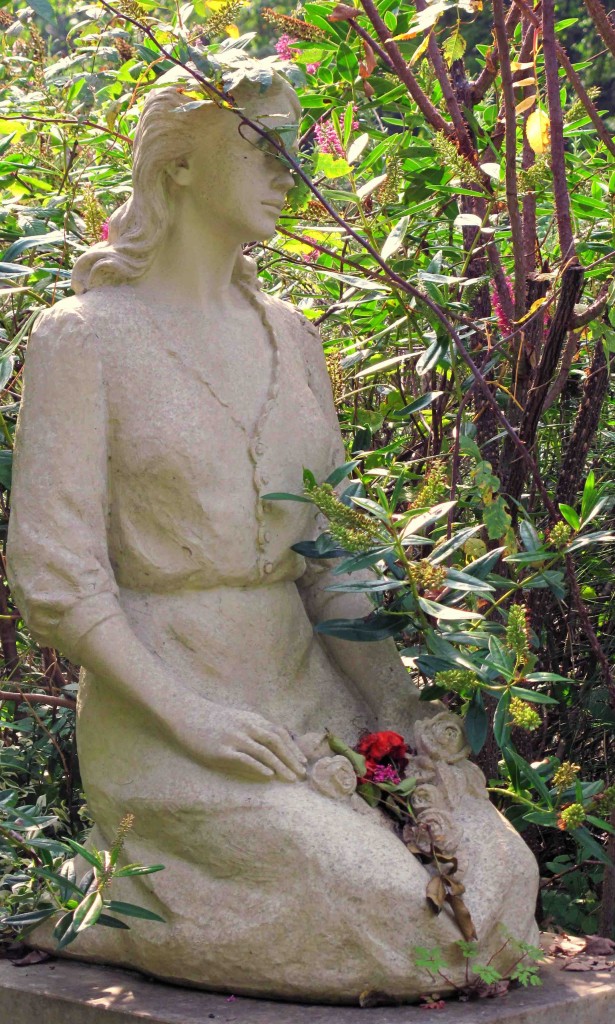 It is truly beautiful, and I felt so at ease. (Honestly – if they offered a camping / sleepover sort of deal for the living, I’d sign up.) If all we’d done was simply walk through with no knowledge of anyone buried there, we would have enjoyed the morning. But we were given a handy-dandy guide upon entrance, so we were well aware of some of Highgate East’s residents. For instance, I fairly dorked out over Douglas Adams’ gravesite. 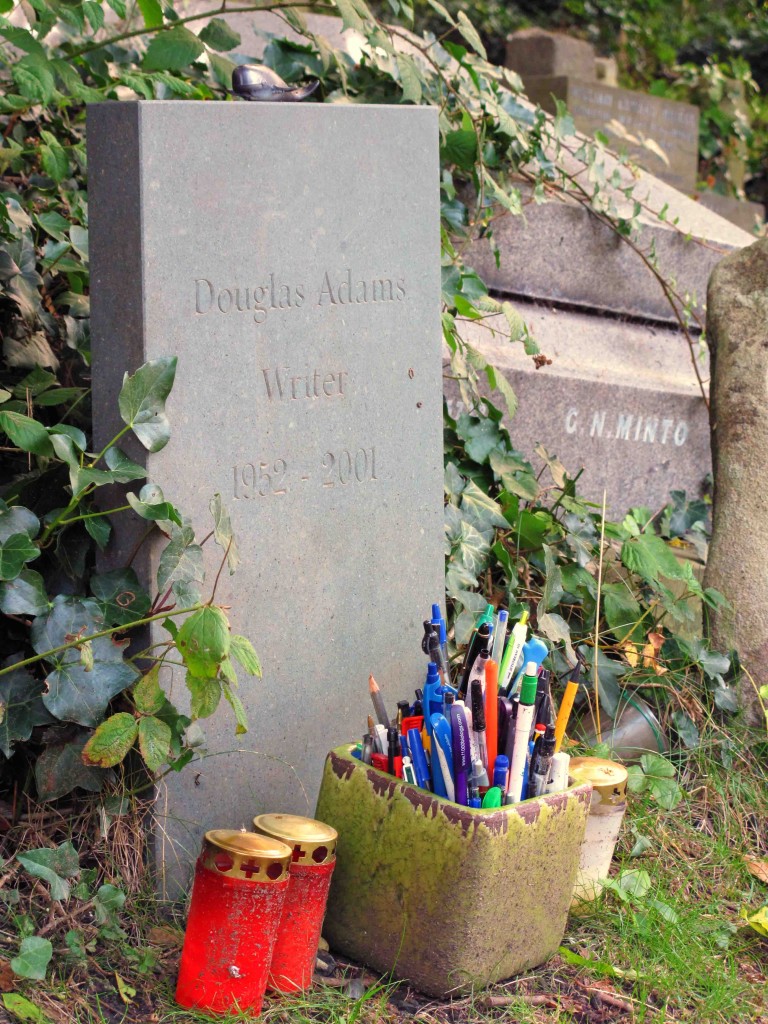 George Eliot is buried here also. For those who don’t know, George Eliot was the pen name of Mary Ann Evans. She wrote Middlemarch and Silas Marner, among other works. Some think she’s buried in Westminster Abbey, but the plaque there is merely a memorial stone in “Poets’ Corner.” 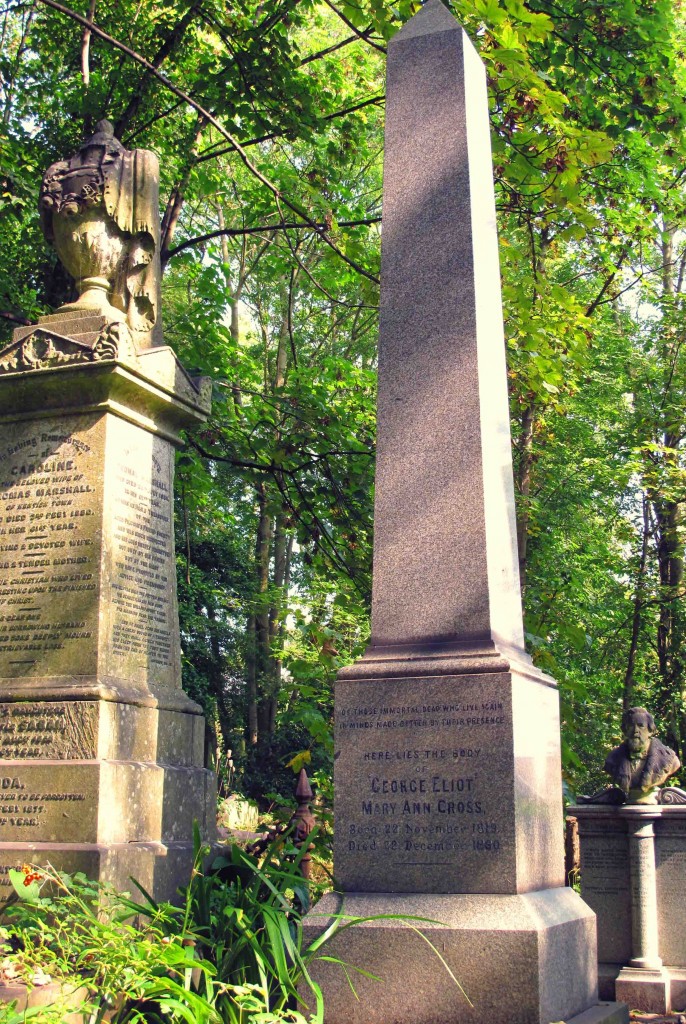 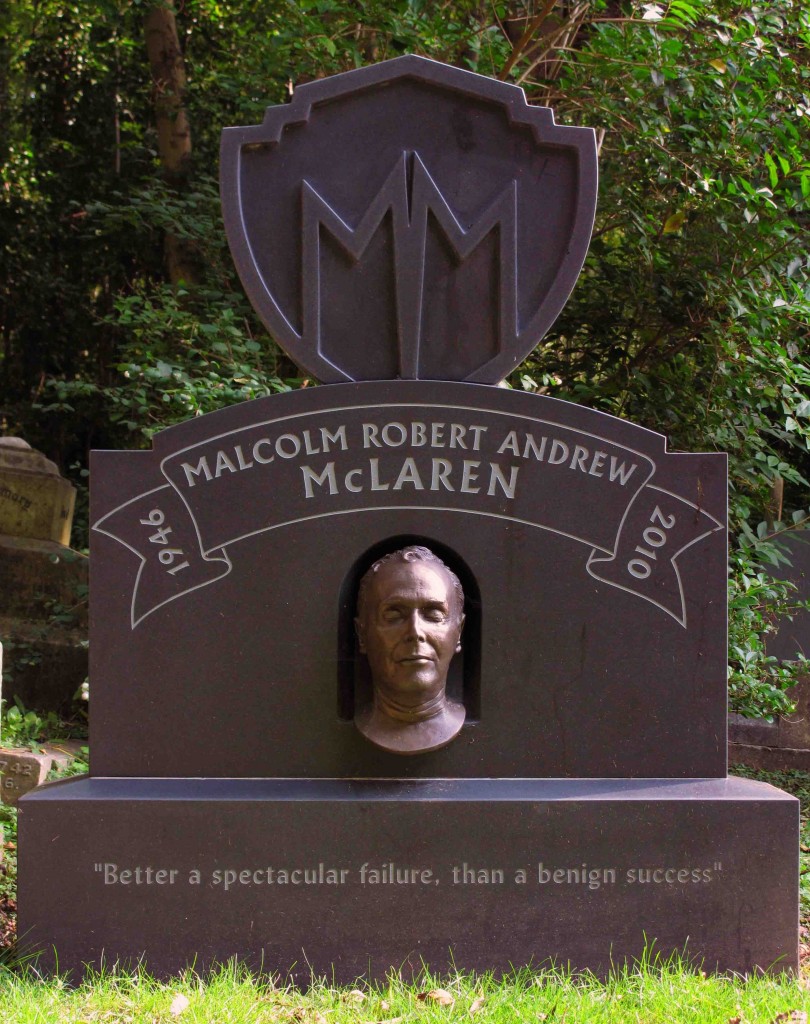 There were beautiful graves of folks I’ve never heard of, too… 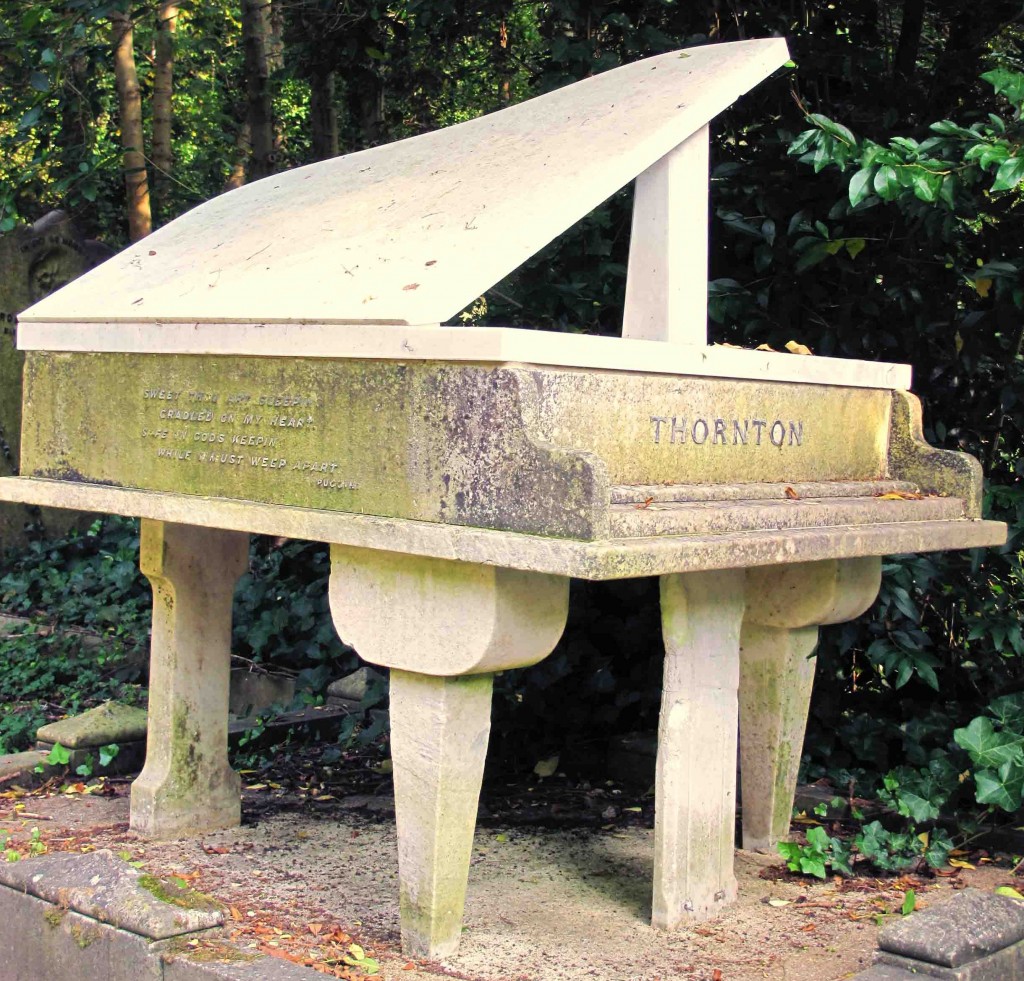 And then there’s Karl Marx. I don’t know why this one surprised me, but it did. Hey – socialists gotta be buried, too.

After a few hours in the peaceful cemetery, we decided to head back into London proper. We definitely needed lunch and we had a destination in mind: Newman Arms. 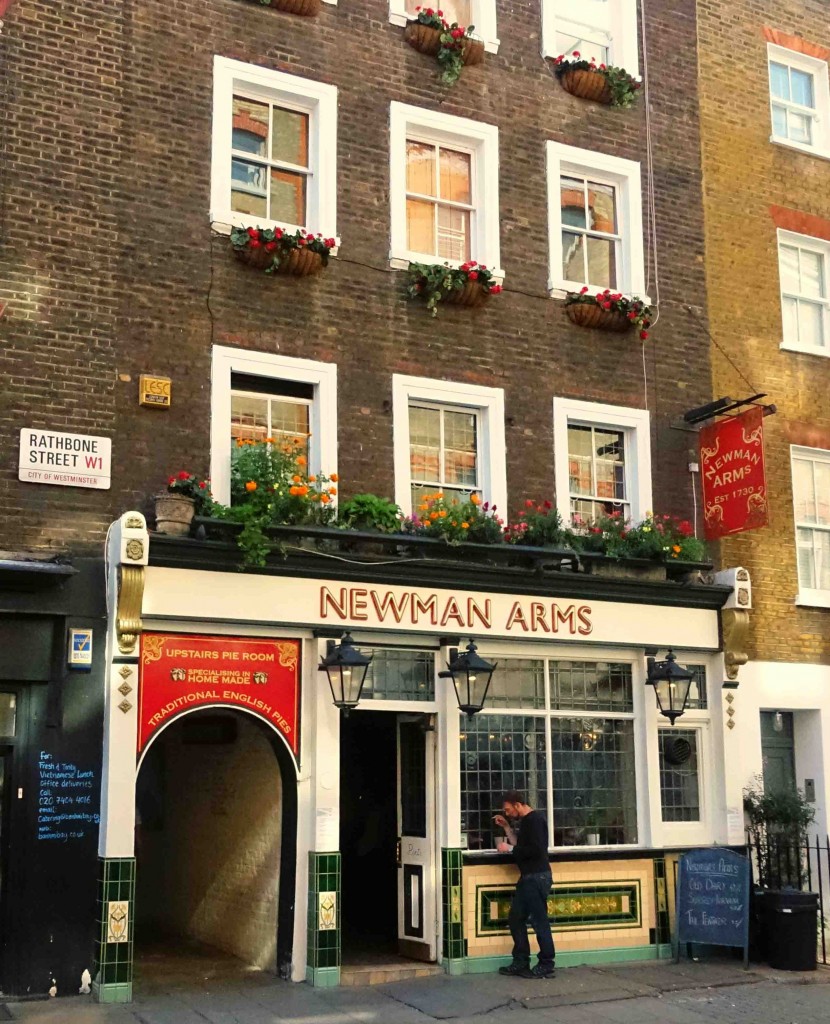 We’d had this one on our to-eat-at list and were so grateful we fit it in. We each had pie and it was sublime. I would definitely go back to this joint.

After lunch, we figured we could get one more item ticked off our list: Westminster Abbey.

We have no photos of the interior, as photography is prohibited. But trust me when I tell you it is an amazing experience, simply to enter this structure. The history! Construction of the present church began in 1245, for cry-eye. And some mighty historical folks are interred here, friends: Elizabeth I, Geoffrey Chaucer, Charles Darwin, Sir Isaac Newton, Henry VII, Charles Dickens, George Frederic Handel, Laurence Olivier, Henry Purcell, Alfred-Lord Tennyson, Rudyard Kipling, Mary Queen of Scots – big breath – and about a jillion others.  Coronations have taken place here since the 11th century and include Henry I (my distant relative), Henry VIII and the reigning Queen Elizabeth II. And if you caught any of that there Royal wedding in 2011, you got an eyeful of The Abbey.

Anyhoo, we walked around and saw as much as we could, then headed back to the hotel to pack up before the next morning’s flight. Once that task was handled, we went out for dinner (yep – 2 meals that day). 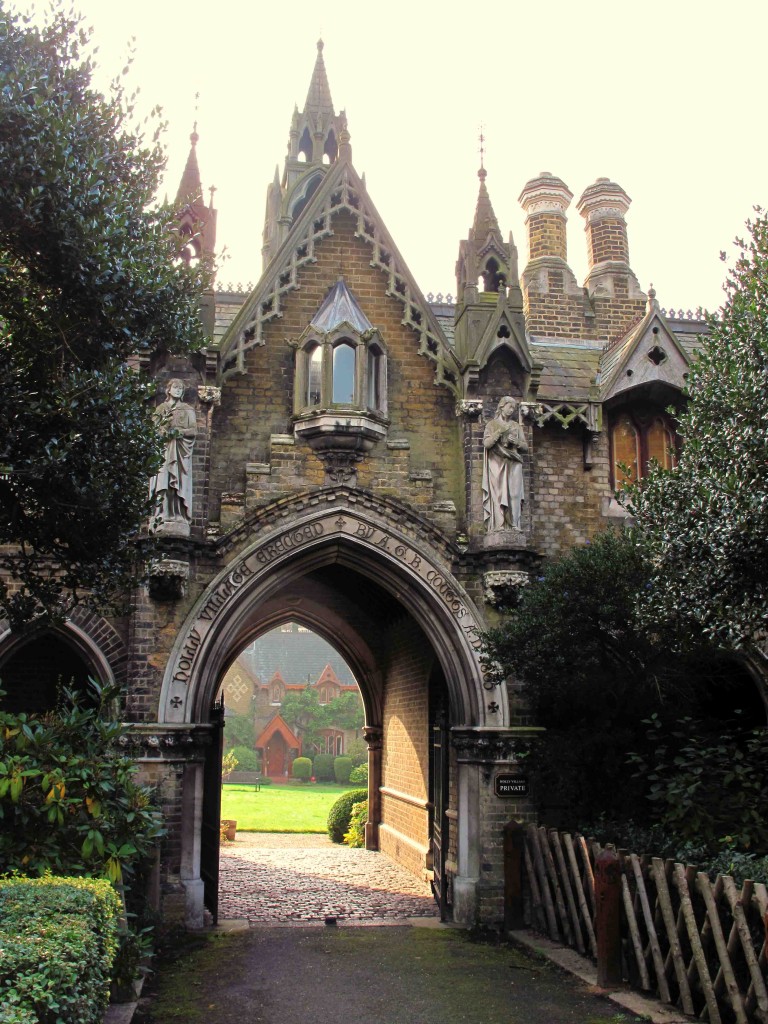 We were mostly quiet during dinner. I think we were processing the adventure of London. As vacations go, we’d done quite a lot. It was the first trip in ages where Mister wasn’t working or stressed about work. That made a huge difference in the experience – for both of us. Yes – I fell ill, but it could have been worse. The London Croup wasn’t a cakewalk but it wasn’t debilitating, either. Could we have done more while in London? Sure. (We certainly could have eaten more than one meal per most days, but I’m trying to forget that.) The truth is we had checked off a lot on our to-tourist list, and if we’d managed to slot in a few more activities, I’m afraid certain experiences would have suffered. Besides, now we have the beginnings of a new To-Tourist List – for the next time. 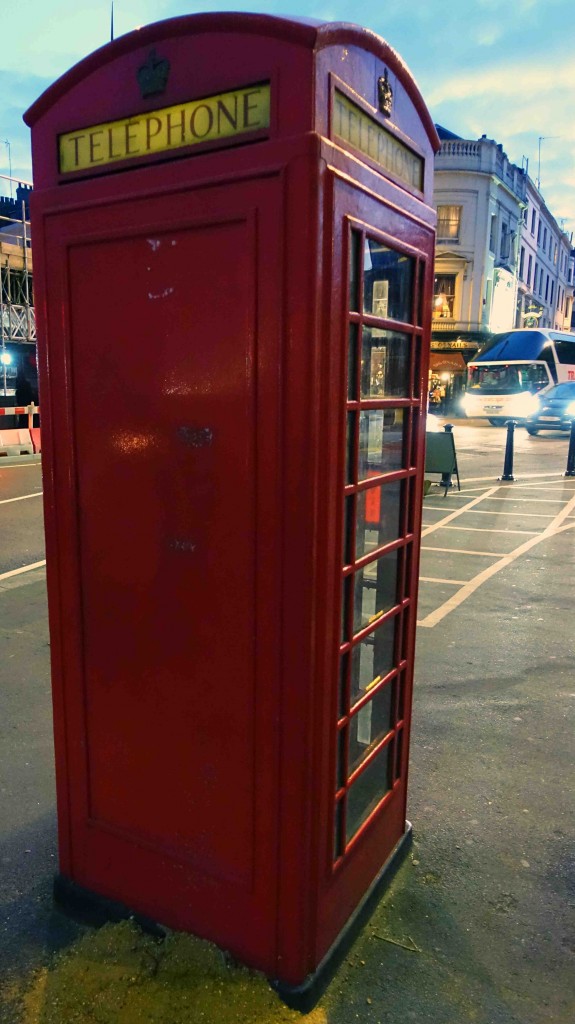 The next morning, we woke early, dressed and checked out of the hotel. We took the Tube one last time, then boarded Heathrow Express. Within minutes we were at the airport, bags checked and ready. We found ourselves one final Bacon Butty and we proceeded to the designated gate.

When I think about it, it would have been far easier if this trip never happened. Let’s face it – it was a big commitment. Time, money, energy – all those things were required in spades. Preserving those precious commodities would have been so much simpler. But that’s not what we chose. No, we opted to check an item off a Bucket List. To be perfectly honest here, I didn’t know I had a Bucket List until I made that middle-of-the-night Kate Bush-concert-ticket purchase. And once I realized the magnitude of what that meant, I was a bit thrown. Bucket Lists are for old folks, right? I mean, am I of the age where I need to start ticking things off lists, as I may not get another chance?

The short answer is yes. I am of an age. And thinking about this could attract a rain cloud above my head so fast as to make me dizzy. But as I’ve contemplated my Bucket List and what it means to own that, I’ve realized I’ve always had a Bucket List. I just never called it that. When I was 16 and wanted to skydive – that was a Bucket List item (checked off). When I was 20-something and wanted to experience Italy in all its wonder – that was a Bucket List item (checked off). I could go on and on with items both large and small. Some are checked off, others not. The younger me would simply think ticking off Bucket List entries is cool. Present me – the of an age me – is a bit more grateful. A bit more emotional about the gravity of life’s passing. I suppose that’s why Mister and I chose to take this big trip to London. We knew we may not get another opportunity for such an adventure. 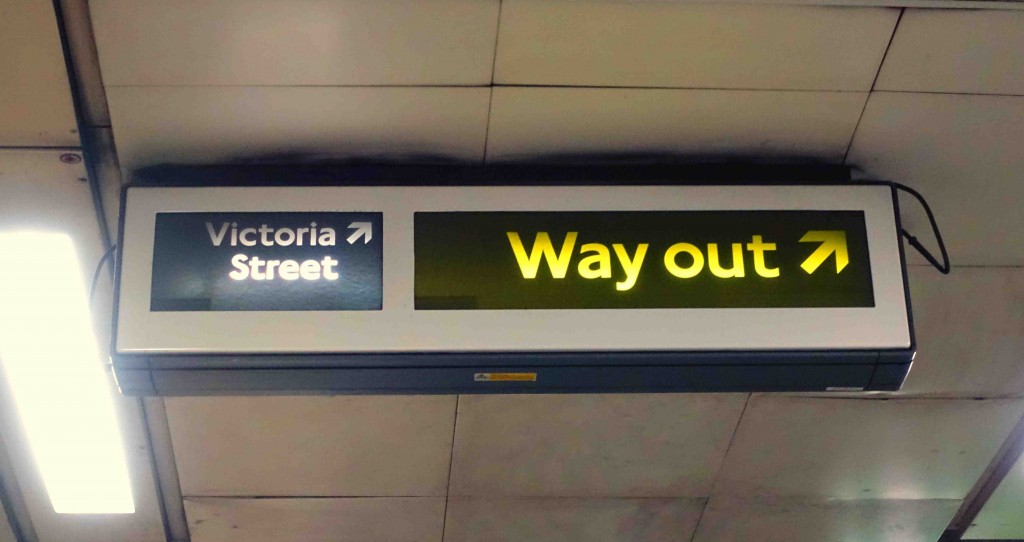 This trip was amazing and there were multiple moments of pleasure. We got to see Kate Bush. Kate friggin’ Bush! We got to eat at one of the best restaurants in the world. We got to spend 4 1/2 hours touring all things Harry Potter. We walked in and out of history. We had exactly 1 argument (and only 1). For the first time, we felt like we understood The Underground. (We must have appeared confident, as we were constantly being stopped by other tourists with their direction requests.) In short, we loved London. And we loved each other. And while I will take many, many memories from this trip along life’s journey, I hope the memory topping that list is standing side-by-side with Mister, singing the final notes of “Cloudbusting” while Kate Bush directed us from the stage, just before she herself sang “The sun’s coming out. Your son’s coming out.” 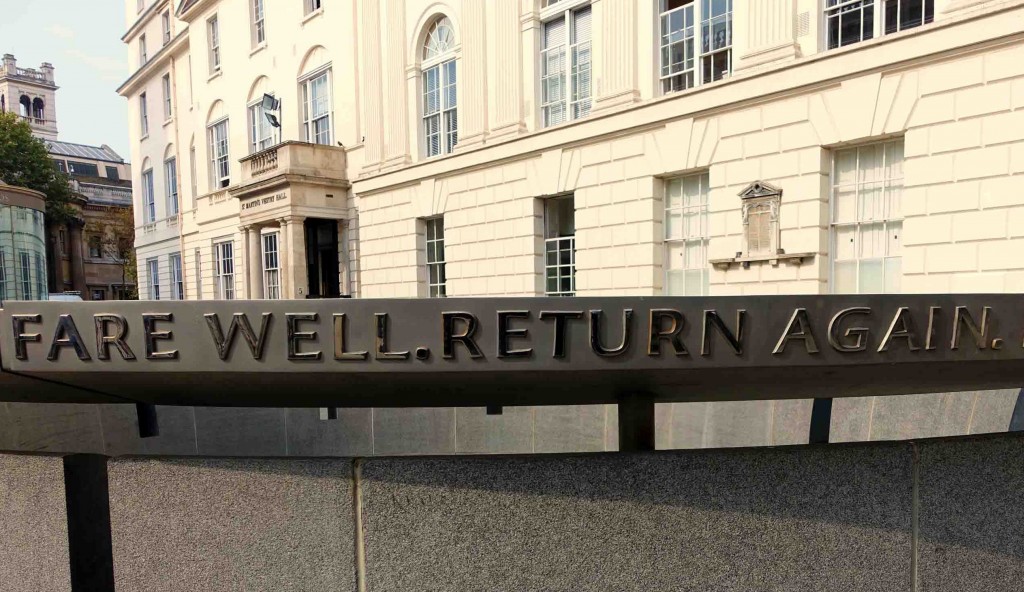